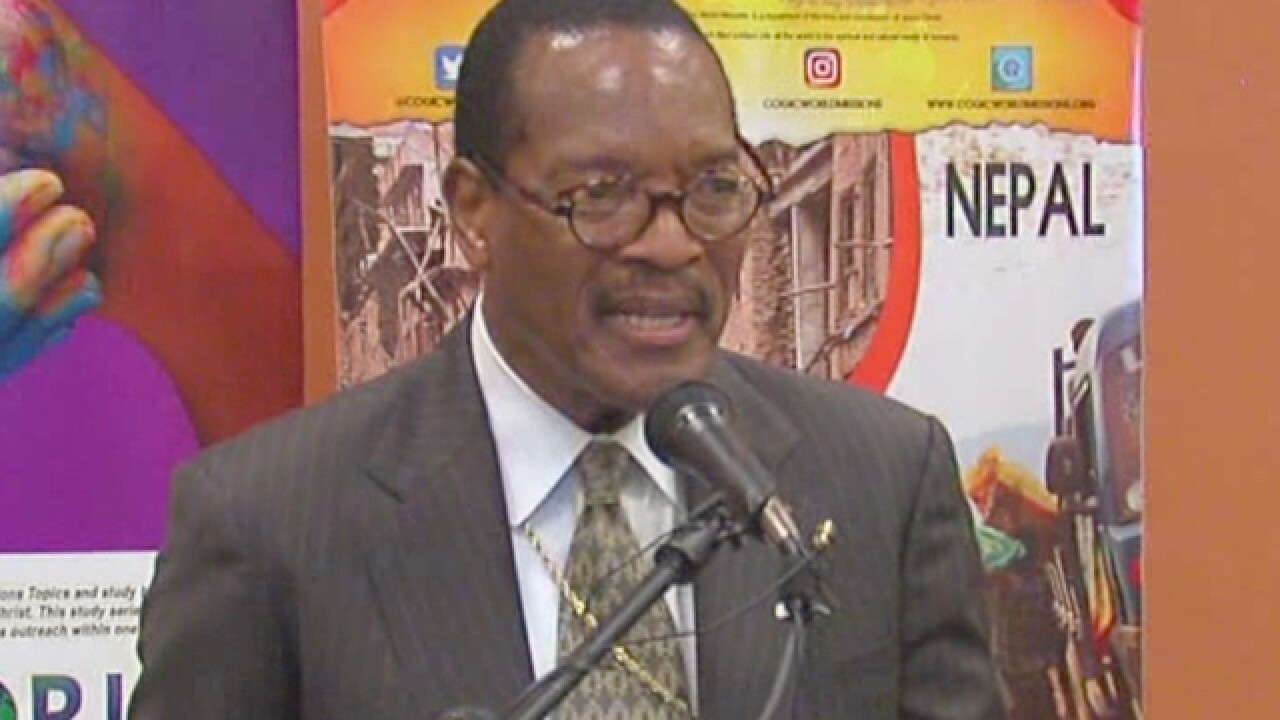 CINCINNATI – With shootings deaths increasing on both sides of the “thin blue line,” the leader of one of the largest churches in the U.S. spoke out about the shootings of police officers in Dallas.

Charles Blake, presiding bishop of the Church of God in Christ, made a rare public statement during the church’s summer convention in downtown Cincinnati Friday.

“The Church of God in Christ denounces in the strongest possible way the murderous attack on the police in the City of Dallas, Texas,” Blake said.

The shootings that left five police officers dead, seven officers injured and two civilians injured happened during a rally in support of the victims of recent shootings by police. It had been peaceful until the shootings.

“We repudiate the notion that this attack is in any way excusable or justified, even in the face of the recent homicidal behavior of police officers in Baton Rouge and in Falcon Heights, Blake said.

NAACP President Robert Richardson also attended the news briefing. He said he understands the anger and frustration over recent shootings, but hopes cooler heads will prevail.

“We’re hoping that people can kind of calm down and not necessarily sit down, but stop, think and figure out how to make some real systemic change,” Richardson said.

“And I pray that love will prevail, and our nation will strive to be an example to all nations of harmony and unity and love between the citizens of our great nation.”