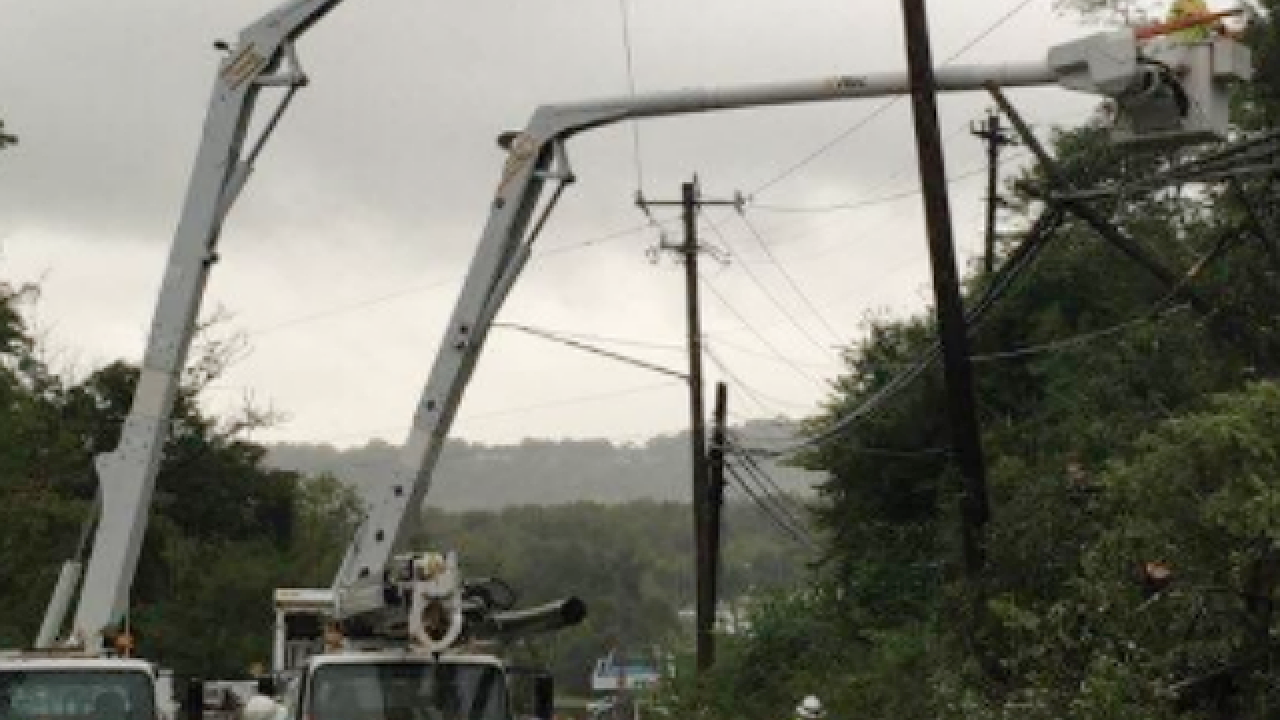 After clearing the road and maintaining the hillside, Duke said its crews had to remove a utility pole and install a new one. The road had been closed since about 7:30 a.m.

Police said they will continue to monitor the condition of the hillside.

RELATED: Rainfall totals reached 8 inches in part of Tri-State. See how much fell in your area.

Elsewhere, fallen trees blocked two roads in Miami Township (Clermont County) and in other parts of the Tri-State.

The Anderson Ferry had to close because of debris in the river.

Since 7:20 a major landslide on Beechmont hill has traffic closed. @DukeEnergy just showed up, so we should have the roadway open soon. pic.twitter.com/8wnDt1tfsN

Torrential rains cause landslide on Beechmont Avenue today. @DukeEnergy OH-KY crews out today removing old pole and installing new one. Work should be wrapped up by 815pm. No outages were associated with the slide. pic.twitter.com/IU5Ve4swCy