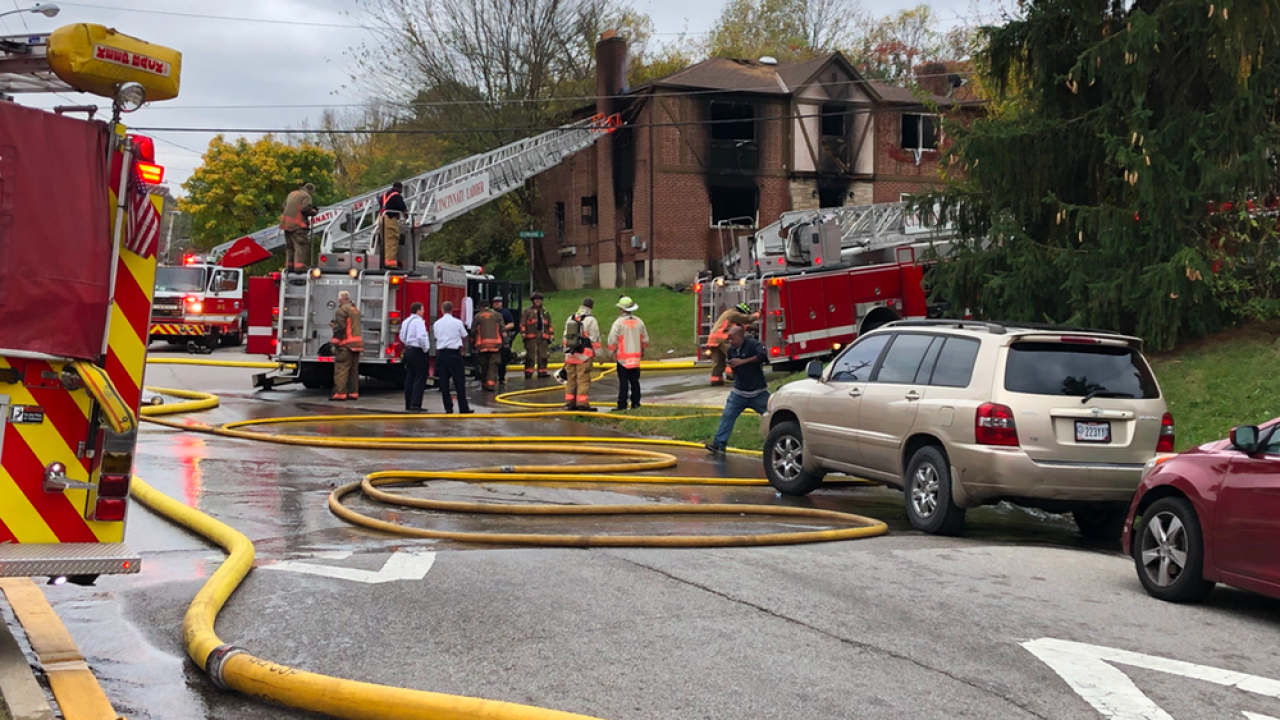 CINCINNATI — A Tuesday afternoon house fire in Avondale injured three people, including a firefighter responding to the scene.

Reports from Glenridge Place, where flames were visible on the first and second stories of the Tudor-style home, described the blaze as “fully involved” around 4 p.m. The flames had been doused by 5.

All three victims were hospitalized.