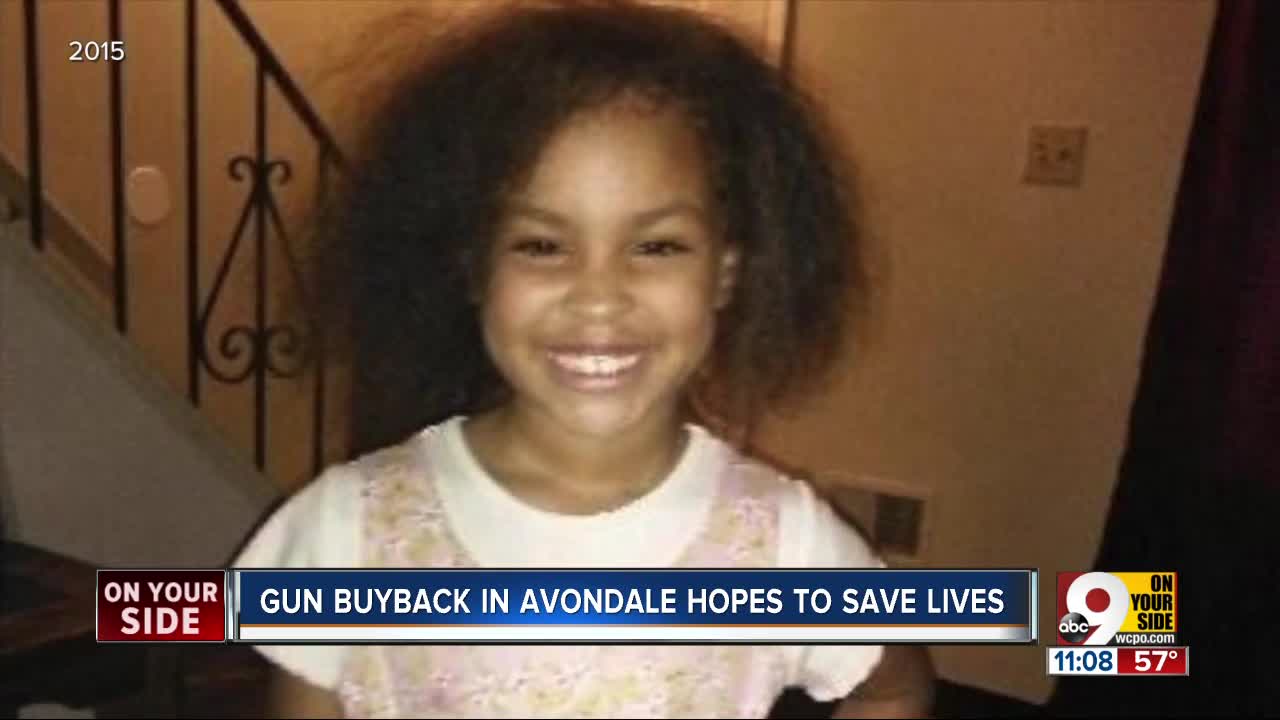 Charles Tassell launched the gun-buyback program Street Rescue after the 2015 shooting of 6-year-old China Kinebrew, who had been walking down the street with her family when a shooter targeting her stepfather hit her instead. Speaking to WCPO soon after, Kinebrew’s aunt said the girl heard the shots but didn’t run because it was July 5. She thought they were fireworks.

CINCINNATI — The guns that people hand over to Charles Tassell often come with their serial numbers filed off. Some have grips swaddled in electrical tape to hide fingerprints. Tassell doesn’t ask what they’ve been used for.

As the founder of Street Rescue, which hosts gun turn-ins and buybacks across Cincinnati, his priority is getting them off the street.

Tassell launched Street Rescue after the 2015 shooting of 6-year-old China Kinebrew, who had been walking down the street with her family when a shooter targeting her stepfather hit her instead. Speaking to WCPO soon after, Kinebrew’s aunt said the girl heard the shots but didn’t run because it was July 5. She thought they were fireworks.

Although Kinebrew would recover, the story lingered in Tassell’s mind.

“When you’re tucking in a 6-year-old girl at night at home, you know there’s one fighting for her life trying to survive,” he said. “At some point, you say, ‘I have to do something.’”

Something, for him, was providing an opportunity for people who owned or knew of guns that had been used in crimes to get rid of them without questions or complications. Fear of police might otherwise keep them from turning the weapons in, according to Tassell.

“Some of them will say, ‘That’s all they have to do? I think I know where another one is at,’” he said. “We’ve had people come back in with another one.”

Every gun surrendered to Street Rescue is examined afterward. If it’s been reported stolen, Tassell’s team will return it to the owner. If the serial number has been removed, it will be destroyed so no one else can use it. If it’s in good condition but not attached to an owner, it can be sold to a federally approved applicant.

Local anti-violence advocate Dale Mallory, founder of the organization Put Down the Guns Pick Up the Gloves, believes the problem isn’t just personal firearms. An increasing number of communities have hidden “community guns,” he said. Anyone who knows where they are can use them; anyone who has committed a crime with one can put it back in its hiding place before police arrive.

“It’s like a library book,” Mallory said. “You go borrow it, shoot somebody and put it back. That’s what we’re doing our best to remove.”

Tassell said it’s working — slow but steady. His organization has collected 75 guns and hundreds of pounds of ammunition since its foundation.

“I can light a candle here,” he said.