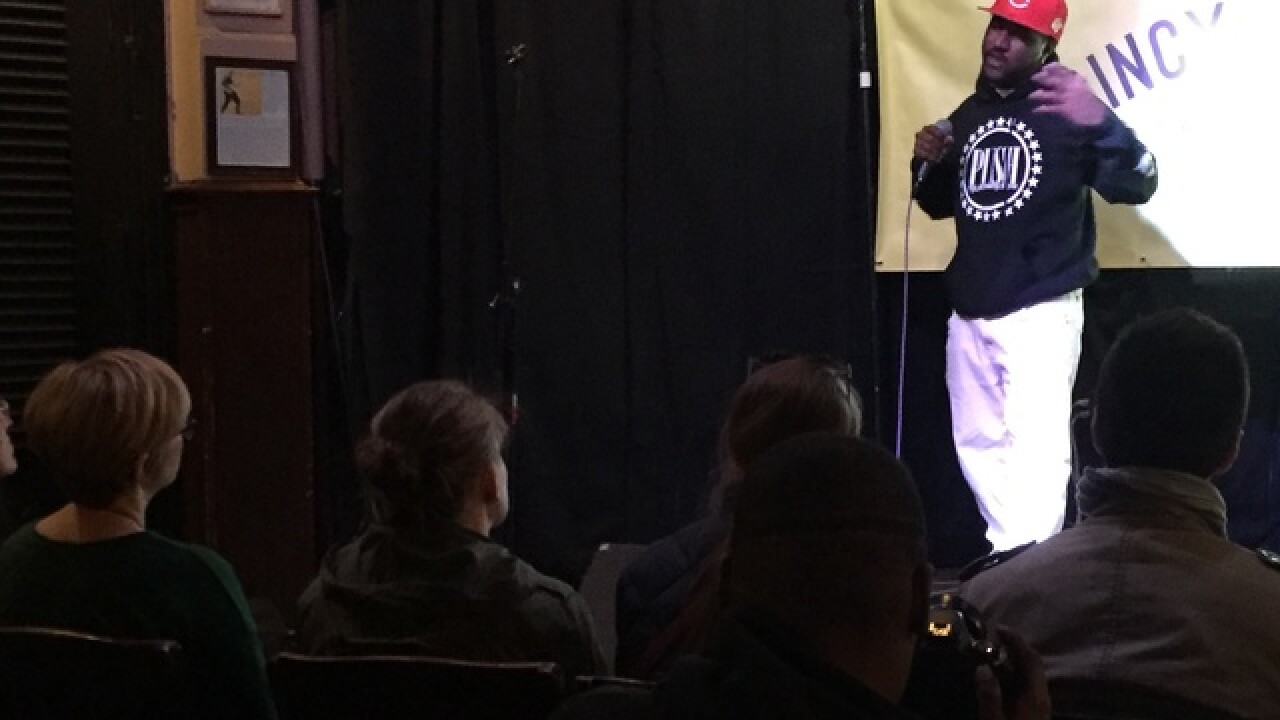 Austin Fast | WCPO
<p>The founder of PUSH, Anton Canady, shares his story of getting out of jail and working to help kids with incarcerated parents at Cincy Stories April 5 at MOTR Pub.</p> 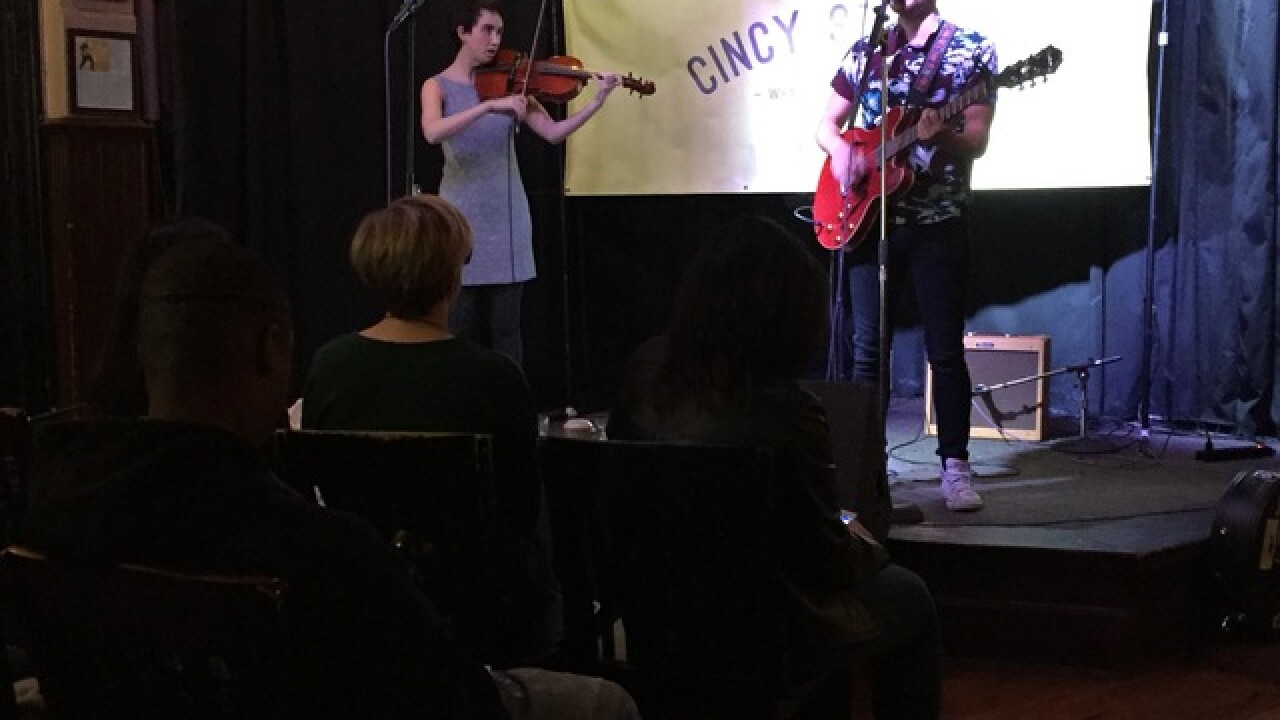 CINCINNATI — "The power of story can break through any barrier, any wall and create empathy in a way that is a stronger tie than pretty much anything else that we have," said Cincy Stories Executive Director Shawn Braley as he kicked off another round of storytelling April 5 from the stage of MOTR Pub in Over-the-Rhine.

The founder of PUSH, Anton Canady, spent seven-and-a-half long years in jail for drug trafficking and a shooting. People say they’d die for their children all the time, but Anton asks "Why not live for them?" He thought of his two kids every time he passed a row of rooms on his way to meals in prison. He's now trying to make Cincinnati a better place for kids whose parents are incarcerated.

Watch Canady talk about PUSH in a June 2015 WCPO story in the player below.

Tamaya Dennard grew up like many of the kids Canady is trying to lead away from life on the streets. Seeing her mom in jail behind thick plates of glass broke her heart as a 7-year-old. Getting to where she is today took years of setbacks, but Dennard recently directed Cincinnati City Councilman P.G. Sittenfeld’s campaign for the U.S. Senate. She also mentors business students at the University of Cincinnati, even though she once flunked out.

Second Sunday on Main Event Coordinator Caitlin Behle's struggle is not so much financial as it is existential. The way she’s anchored her identity has ebbed and flowed over the years. She’s been a stand-up comic, a musician, a supporter of start-up entrepreneurs and sometimes "Hey, Asian!" She travels to her birthplace in South Korea to discover that identity is not always about place, but about something more.

Cincy Stories will be back at 7 p.m. May 10 at the Warsaw Ave. Firehouse in Price Hill. Like last month’s event focused on Walnut Hills, May’s stories will be all about residents of this West Side neighborhood.