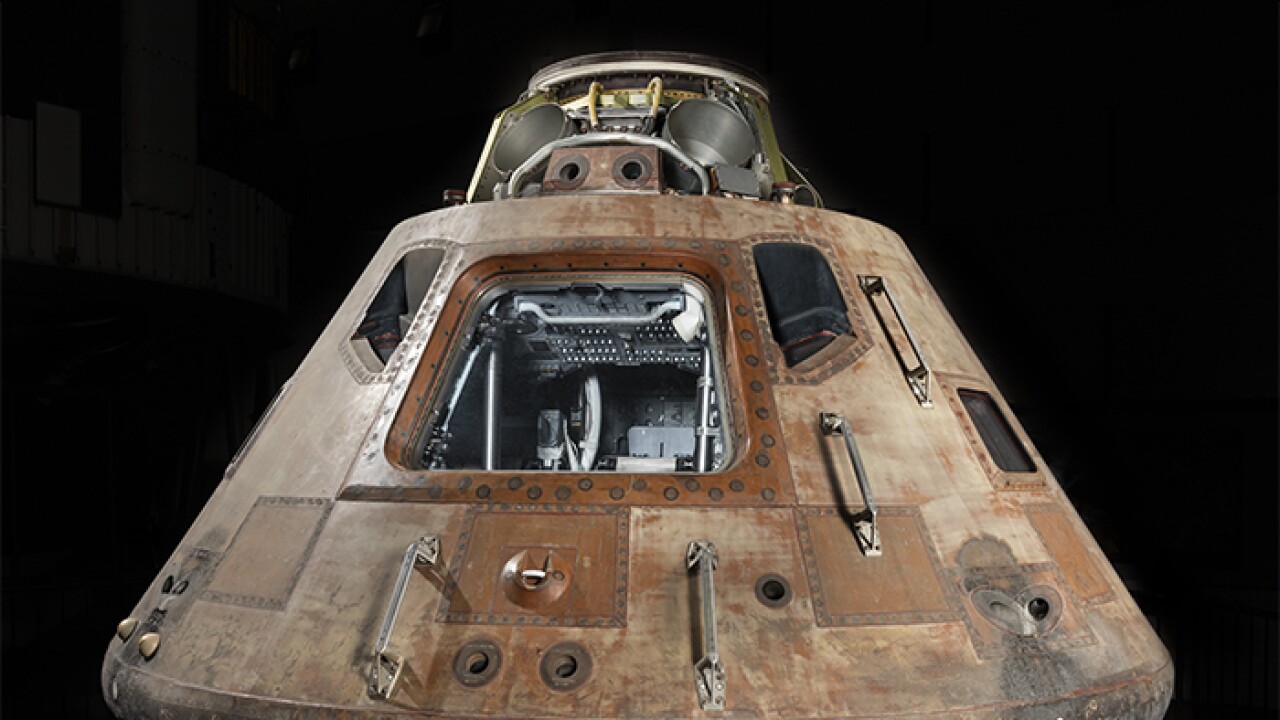 CINCINNATI — The Apollo 11 command module Columbia is coming to the Cincinnati Museum Center in a 50th anniversary celebration of man’s first landing on the moon.

The Museum Center announced Friday that it will be the fifth and final stop for the Smithsonian’s traveling exhibition, “Destination Moon: The Apollo 11 Mission,” opening Sept. 28 to Feb. 7.

Tickets go on sale on July 20 – 50 years to the day Neil Armstong and Buzz Aldrin landed on the moon – at cincymuseum.org/destination-moon.

The exhibition celebrates the historic moon mission and explores the birth and development of the American space program and space race.

A separate permanent exhibit, "Neil Armstrong Space Exploration Gallery," opened at the Museum Center in May.

Columbia, piloted by Michael Collins, is the only part of the spacecraft to return to Earth. The exhibit marks the first time the command module has left the National Air and Space Museum since it opened to the public in 1976.

More than 20 original Apollo 11-flown objects will also be on display.

“This is an incredible opportunity for our region to see this national treasure as we celebrate the 50th anniversary of such a historic moment,” Elizabeth Pierce, Museum Center president and CEO, said in a release. “We are honored to bring this iconic piece of history to Cincinnati as inspiration to our region for the next giant leap.”