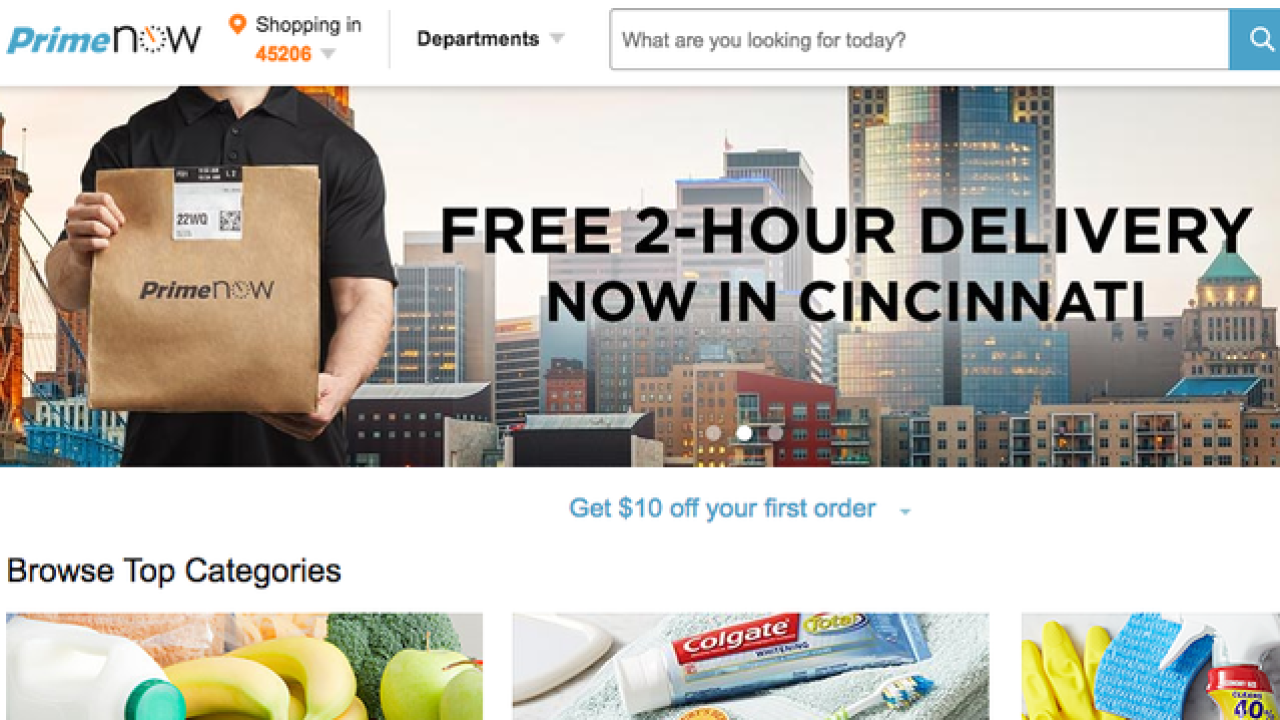 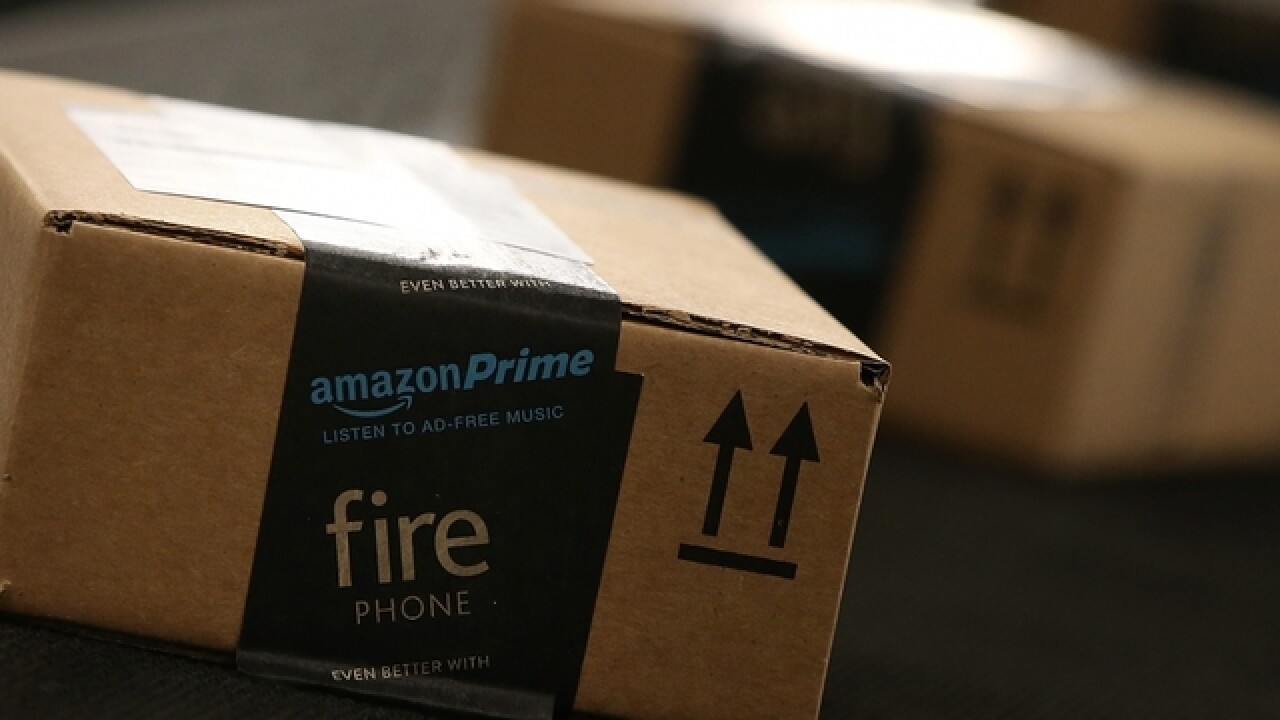 CINCINNATI -- After the Amazon.com storefront opened on Calhoun Street just three months ago, the online retail giant is again expanding services with its one- and two-hour delivery service Prime Now.

Amazon announced Wednesday that the Prime Now service will be offered as an additional benefit to Amazon Prime members, who pay $99 a year for extra features and expedited shipping options.

In Cincinnati, Prime Now is available from 8 a.m. to 10 p.m., seven days a week. Customers in Cincinnati can get items delivered to their door in one hour for $7.99 while the two-hour delivery option is free.

The service provides delivery on all sorts of  "daily essentials from staples like paper towels, milk or ice cream, to electronics such as laptops and Kindle devices," according to a news release.

Prime members can download the Prime Now app or shop at primenow.com. New customers can get $10 off their first order by using the promo code 10PRIMENOW.

Watch a report in the player below on Ohio's first Amazon storefront, which opened near the University of Cincinnati in January.