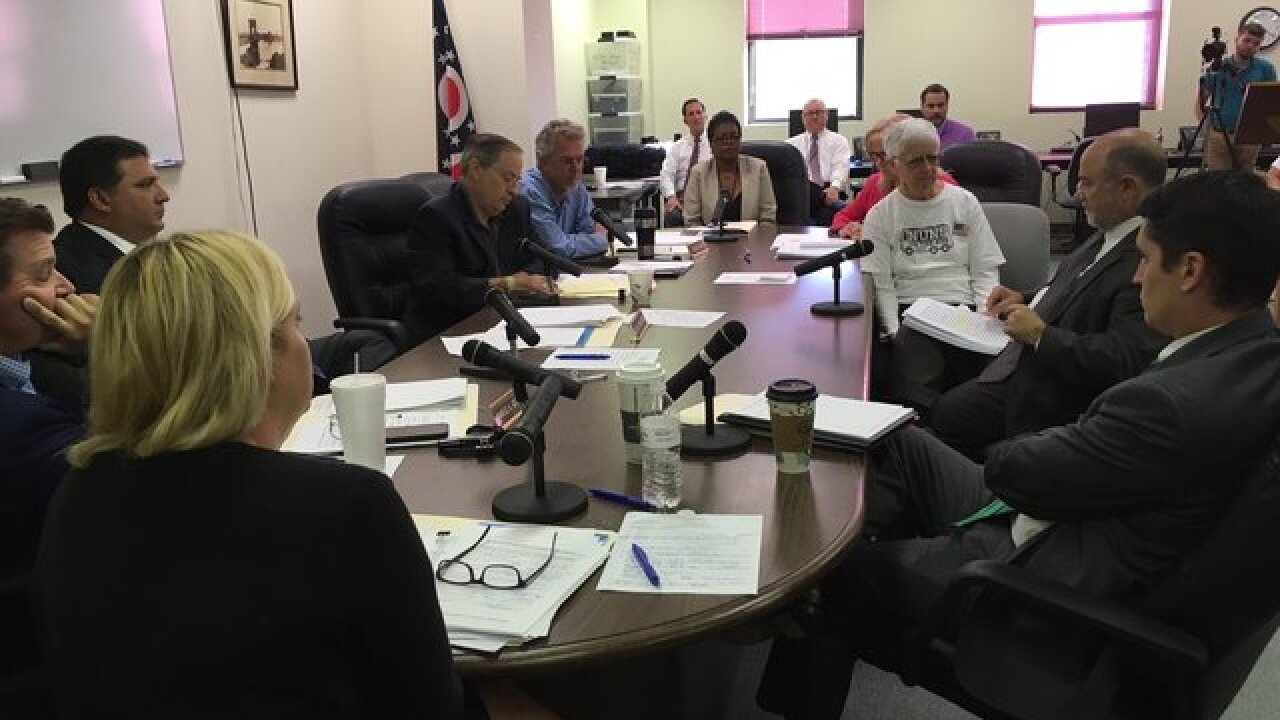 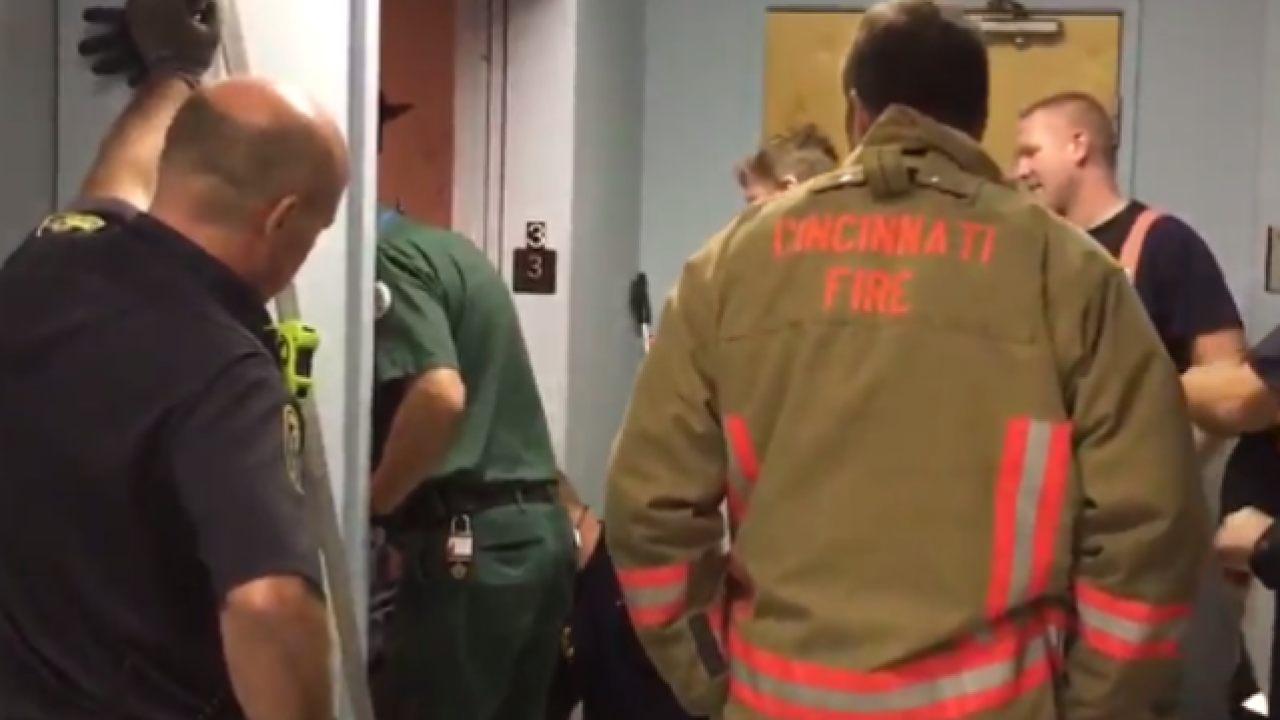 CINCINNATI -- Oh Happy Day, all nuns are safe and accounted for after approximately 15 sisters were stuck in the Hamilton County Board of Elections elevator Tuesday morning.

Once Cincinnati firefighters pried open the doors on the third-floor landing, the ladies emerged from the elevator, slightly shaken but smiling, and still determined to push onward with their protest of the removal of tens of thousands of Hamilton County residents from voter registration lists.

"Oh, you are brave souls," one Board of Elections employee said, comforting them in their time of need.

All nuns are accounted for, no trouble after @CincyFireEMS helped with the elevator. @WCPO pic.twitter.com/wiCCdqYLxI

The women wasted no time after their release in demanding that members of the Board of Elections put a moratorium on the purging of voters who haven't participated in elections in the last six years. Alex Triantafilou, chairman of the Hamilton County Republican Party, told the nuns that their presence was unwarranted and called it a "well-orchestrated political stunt."

"I appreciate you all being here for that stunt, but we are following the law studiously -- something we must do," Triantafilou said.

I spent my morning battling nuns on the myth of voter suppression with major local media covering all of it. How fun! #votersuppressionmyth

Sister Carren Herring and her group of 25 nuns are calling it "morally imperative" to get Ohio Secretary of State Jon Husted to halt the purging practice, which has removed some 30,000 Hamilton County voters since 2012.

This process is meant to clean up the voter rolls, getting rid of people who have either moved or passed away, but voters who are removed are not told at that time.They could go to the polls in November and not be allowed to vote.

The Board of Elections told the nuns that they are following state law when removing inactive voters. Officials said that even though it is not a perfect process, voters are warned after two years of not voting that they will be removed after four more years of not voting.

Board of Elections Chairman Tim Burke thanked the group for its work in ensuring nobody is disenfranchised in Ohio's election this year.

"Sister, I do understand why you are here speaking in favor of voting rights," Burke said. "I do not regard it as a political stunt. I would never say that."

Sister Carren Herring asking for a moratorium on the ineligible purging of voters. @WCPO pic.twitter.com/p9w9acCUaE

And without further ado, below we've included insider footage you'll only see on WCPO of what transpired inside that elevator (or it's a gratuitous clip from Sister Act). We're just thankful these women of God are safe and sound.