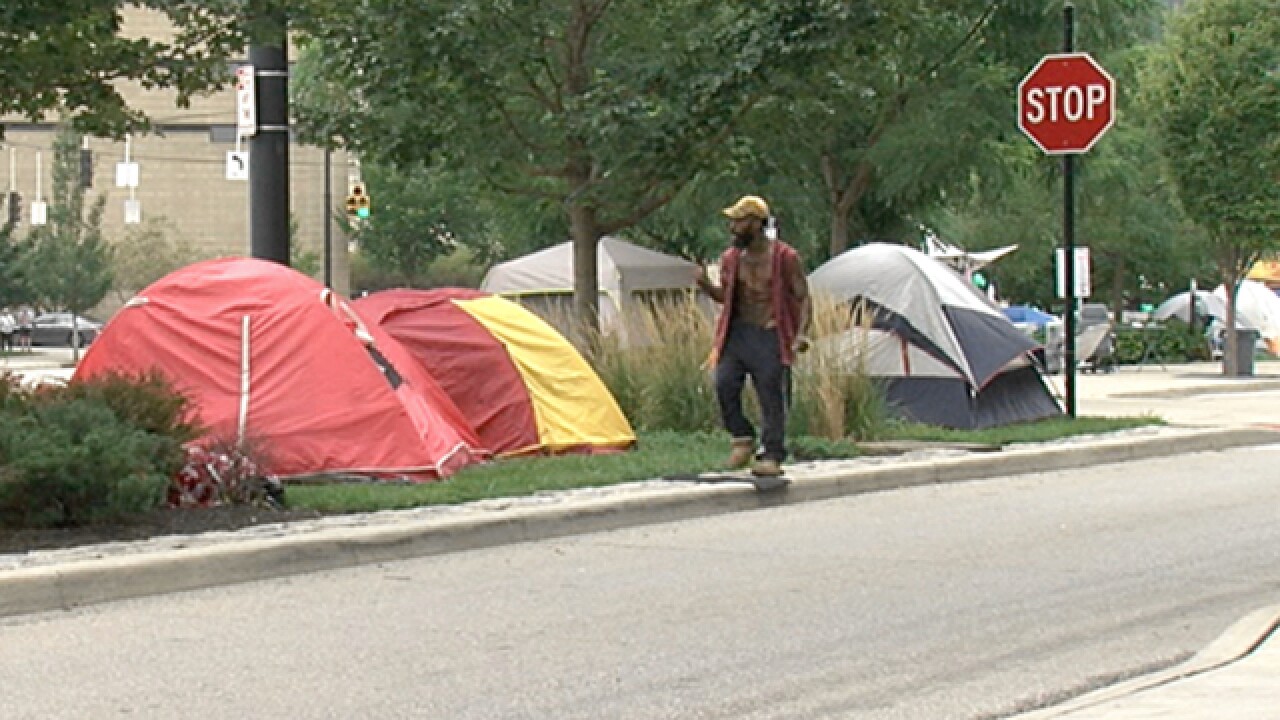 CINCINNATI -- The American Civil Liberties Union of Ohio filed a lawsuit Thursday against the Hamilton County judge who ordered the city of Cincinnati and county to clear out homeless camps.

The ACLU filed the lawsuit on behalf of New Prospect Baptist Church, claiming the church was harmed by an injunction issued by Common Pleas Judge Robert P. Ruehlman.

On Aug. 6, Hamilton County Prosecutor Joe Deters filed a civil nuisance action against the city after an unsuccessful effort earlier in the summer to remove a camp along Third Street Downtown. Ruehlman issued a temporary restraining order, immediately requiring the city to clean up the camps.

Days later, Ruehlman banned outdoor homeless camps from public places throughout Hamilton County with the qualification that local homeless shelters must have room to accommodate people for the ban to be in effect. Advocates for the homeless have argued that qualification doesn't mean much because local shelters often refuse to turn anyone away and are typically operating above capacity.

RELATED: Cincinnati's tent city: What have we learned?

The ACLU filed the lawsuit in the First District Court of Appeals. It claims groups such as New Prospect Baptist Church were given no opportunities to participate in the case or address the court. The church serves people who are experiencing homelessness, according to ACLU volunteer attorney Joe Mead.

“Arresting people for seeking shelter in a tent will not address the problem,” Mead said. “Cincinnati and Hamilton County officials cannot criminalize and ban their way out of this crisis using a manufactured lawsuit, and should be working to find proactive, safe, and just housing solutions for all its residents.”

With this new action, the ACLU is asking the appellate court to direct the lower court to withdraw what it calls an “unlawful injunction.”

WCPO reached out to the Hamilton County Prosecutor's Office. A spokesperson said the prosecutor has not yet received a copy of the lawsuit, and has no comment at this time.