A second hung jury and mistrial declared for Ray Tensing 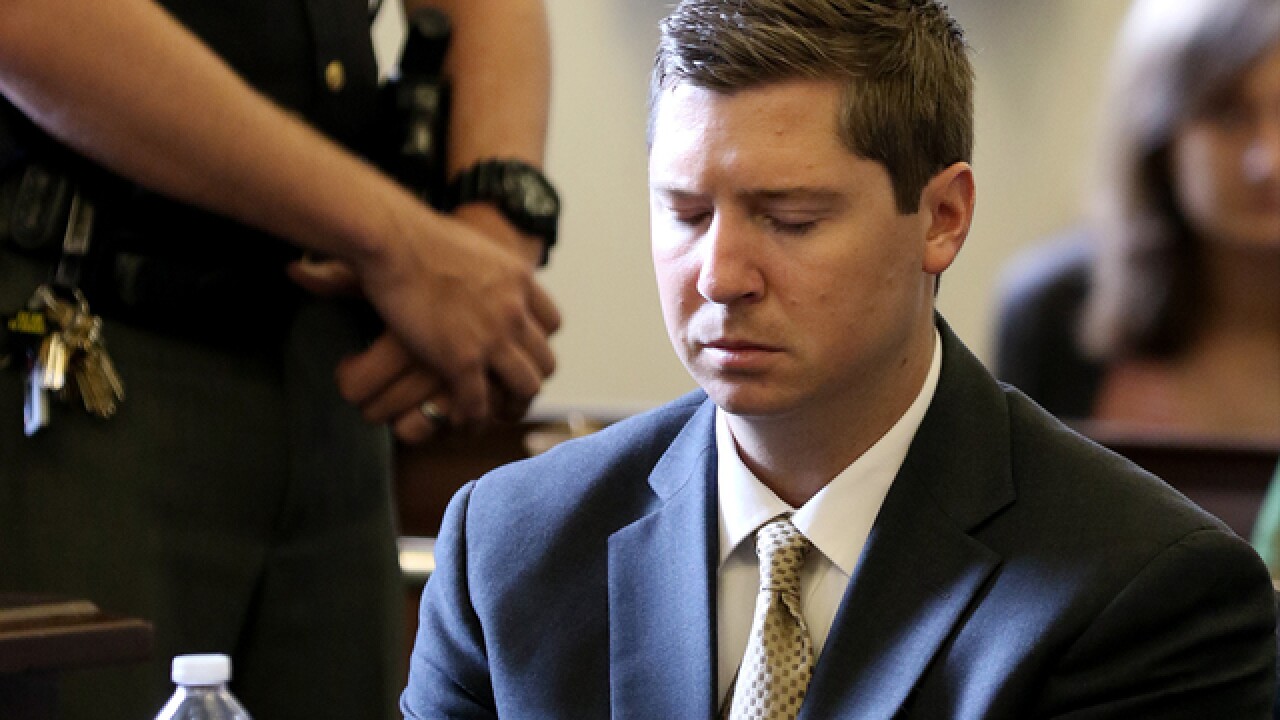 Copyright 2017 Scripps Media, Inc. All rights reserved. This material may not be published, broadcast, rewritten, or redistributed.
Cara Owskey | The Cincinnati Enquirer CINCINNATI -- The Ray Tensing murder retrial ended in a hung jury for the second time.

Around 2:15 p.m., jurors said they were "evenly split" and unable to reach a verdict; we don't know the exact split of the jurors.

At 10:30 a.m. Friday, jurors told Judge Leslie Ghiz they were deadlocked. She sent them back to the jury room to deliberate further.

A grand jury indicted Tensing in 2015 on charges of murder and voluntary manslaughter.

Hamilton County Prosecutor Joe Deters said he will not comment on the second mistrial -- and what the future holds for Tensing -- until early next week.

The prosecution filed a motion to add reckless homicide -- a lesser charge -- to the two-count indictment. Ghiz rejected the request, saying the prosecution should have requested an additional charge before resting its case.

Jurors may have asked the judge questions throughout deliberations, but not in open court. Ghiz's court reporter said Ghiz sealed the records of any questions asked by jurors. They may be available after the conclusion of the trial.

With small exceptions, including one conspicuous alteration to Tensing's story -- that DuBose had pinned his arm inside the car and then accelerated, forcing him to shoot to protect himself -- the retrial called the same experts, told the same stories and made the same arguments as the first.

"The family commends the prosecutors for their strong presentation in this case but we are outraged that a second jury has now failed to convict Ray Tensing for the murder of our beloved Sam DuBose," the family said in a statement distributed by their attorney, Al Gerhardstein. "We demand another retrial. We call on the community to join us in peaceful protest of this unjust result."