2017 divided America on every issue -- except Fiona the hippo. Here's why we love her to pieces 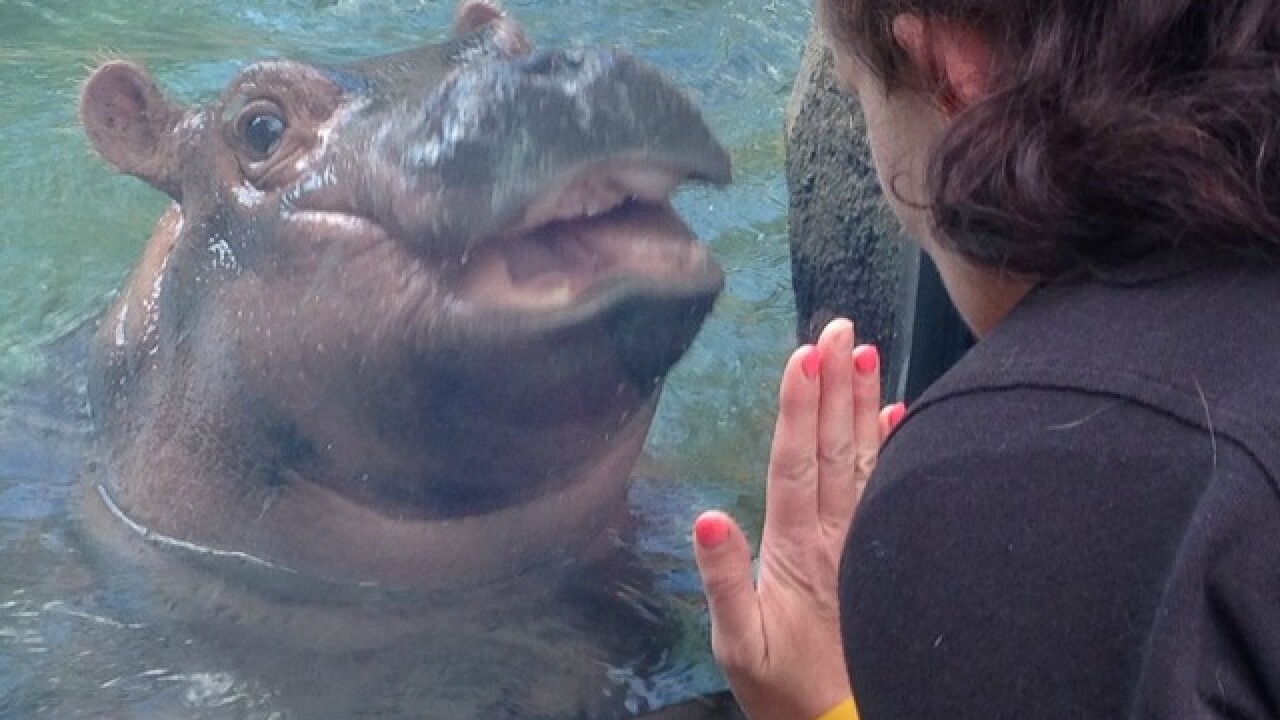 Copyright 2017 Scripps Media, Inc. All rights reserved. This material may not be published, broadcast, rewritten, or redistributed.
Lucy May | WCPO
<p>Fiona grins at one of her favorite Cincinnati Zoo staffers. This is the selfie Lucy May wanted on the media preview night but couldn't accomplish.</p>

CINCINNATI -- The Cincinnati Zoo and Botanical Garden’s baby hippo, Fiona, has gained hundreds of pounds and countless fans since her premature birth in January.

She’s not as massive or exotic in appearance as some of the creatures in neighboring exhibits.

So of all the exotic animals a zoo has to offer, and of all the news to make headlines this year, some might wonder what it is about her that led to such a phenomenon.

The reasons are many and vary from one fan to the next, but here are a few of the things behind the Fiona fascination:

She’s relatable: Like many people, she might seem pretty ordinary at first glance. But behind that ordinary appearance is her own unique story filled with challenges. That story has been especially relatable for kids born prematurely and their families.

She’s entertaining: From facial expressions to bodily functions and comical behaviors, she’s given people her fair share of smiles and laughs.

She’s a fighter: Fiona weighed 29 pounds when she was born six weeks premature. That’s 25 pounds less than a small newborn of her species. Her future looked uncertain. Yet intensive hands-on care from her keepers combined with her own perseverance resulted in a happy, healthy hippo, who’s nearly 1 year old.

She’s grown up in the public eye: Zoo staff have been sharing updates, photos and videos of Fiona from the start. Following her journey, people have developed an attachment to her, similar to watching their own children’s first steps and playful behaviors.

Timing: In the midst of feelings of political division and reeling from national tragedies, love for Fiona was a unifying theme and a source of hope for many.