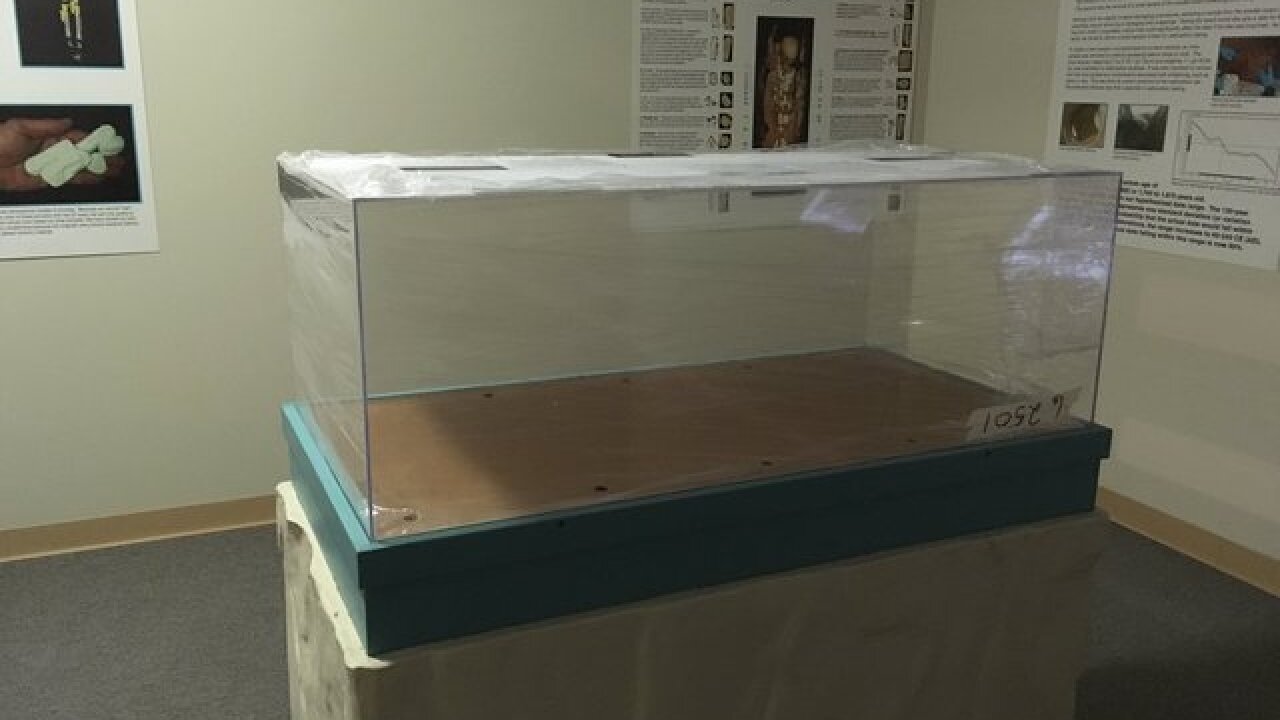 CINCINNATI -- A 4-year-old is headed to college this morning, but this child won't be studying.

That's because "Umi" is an Egyptian child mummy from the Cincinnati Museum Center who will be on display at Mount St. Joseph University so the community can still experience the iconic piece of history while the museum is under renovation.

Umi's new home during Union Terminal's two-year renovation is the Archbishop Alter Library at Mount St. Joe. The sarcophagus with Umi inside arrives Tuesday afternoon and will be open to the public beginning Wednesday.

We're talking about amulets found wrapped in the linens of an ancient mummy on GMTS at 6:30. @WCPO @CincyMuseum pic.twitter.com/c6zf2Brpeo

Professor Gene Kritsky, chair of biology at Mount St. Joseph, has been studying Umi for quite some time. He says Umi died more than 1,800 years ago and was mummified in a traditional Egyptian ceremony that prepared him for the afterlife. Computerized tomography (CT) scans revealed more than two dozen amulets beneath several layers of linen.

"Umi’s a fascinating individual. He had loving parents. He died somewhere around 140 CE. He was buried with a series of amulets and talismans to ensure that he would enter the afterlife and have a future," Kritsky said.

Experts have analyzed the amulets to learn more about Egyptian culture, religion and what was critical for one's soul in life and in the afterlife.