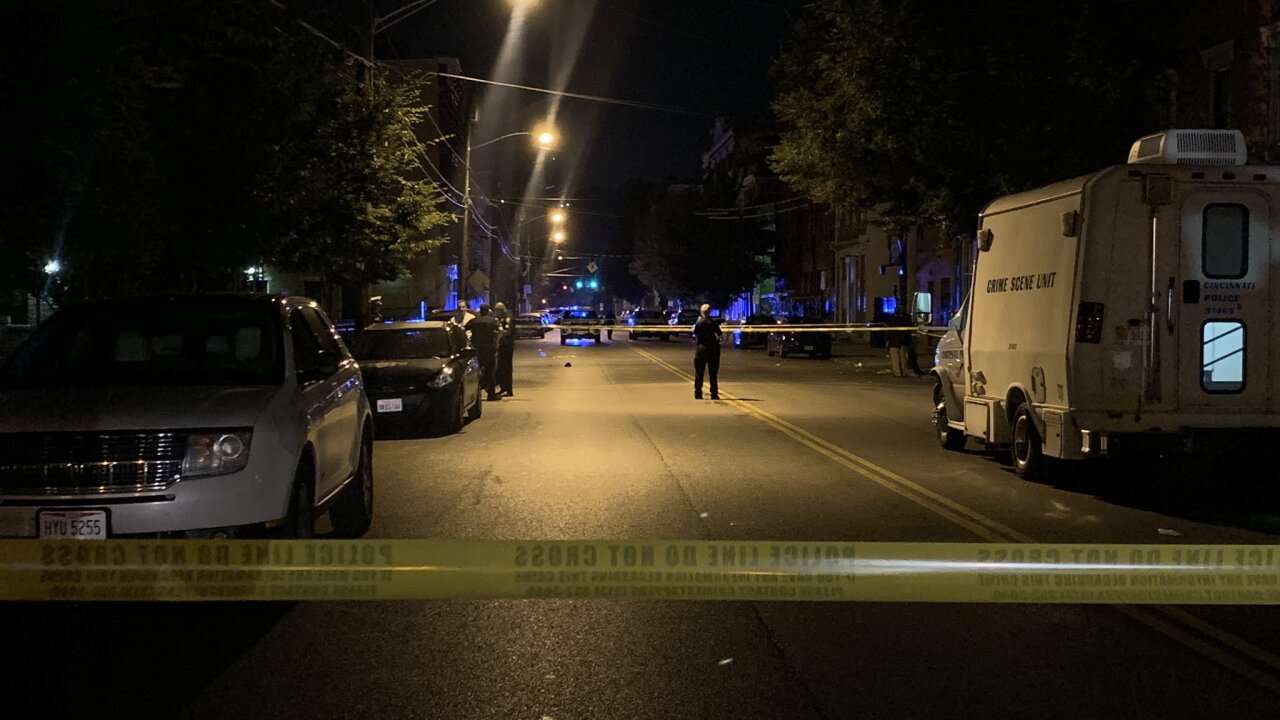 CINCINNATI — Shootings throughout the city killed or injured a total of 19 people late Saturday night and early Sunday morning, according to Cincinnati police. Three of the four incidents occurred within a 90-minute span.

Officers responded to Chalfonte Avenue first, at 12:34 a.m. Only one victim, 21-year-old Antonio Blair, remained at the scene; three others would soon arrive at the University of Cincinnati Medical Center in private vehicles. Blair was also hospitalized but later died of his injuries, according to police. On Tuesday, police announced they have charged 30-year-old Marlon Canady with the murder.

Officers on the scene initially reported a second death on Chalfonte Avenue, but a later news release from the department listed only Blair. The status of the other victims was unclear by noon Sunday.

ShotSpotter, the Cincinnati Police Department's sound-based gunfire detection system, pinged the second shooting at 2:15 a.m. in Over-the-Rhine. Two men were killed in the incident — one was found dead at the scene; another died at the University of Cincinnati Medical Center — and at least 8 other people were injured, according to police. The two dead men were later identified as 34-year-old Robert Rogers and 30-year-old Jaquiez Grant.

Police did not release exact times for the other two shootings. One, at Lincoln and Gilbert Avenue in Walnut Hills, left three victims injured but alive.

The other, which took place on Linn Street in the West End, killed 39-year-old Myron Green.

All of the shootings appeared unrelated, according to a news release from the Cincinnati Police Department. Police will move officers from other assignments to increase the police presence in the affected neighborhoods.

"This amount of gun violence and the damage this has inflicted on our neighborhoods is unacceptable," police Chief Eliot Isaac wrote in the release. "I am calling on all citizens of this great city to say enough is enough! We must not sit by silently and say we can't do anything to end gun violence. We all have a moral obligation to stop the violence and stop the killing in our communities."