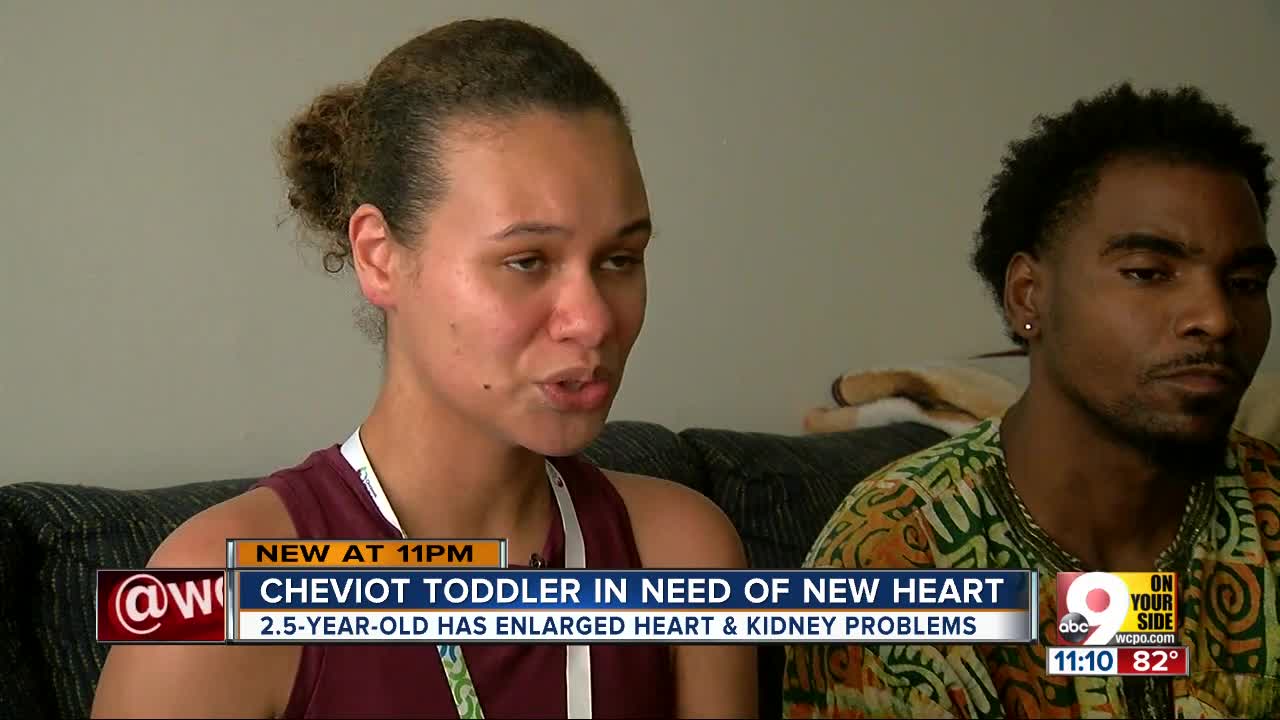 Elliana is a sweet, sassy little girl whose family will soon celebrate her third birthday. She's also a CICU patient at Cincinnati Children's Hospital, where she's spent months in treatment. 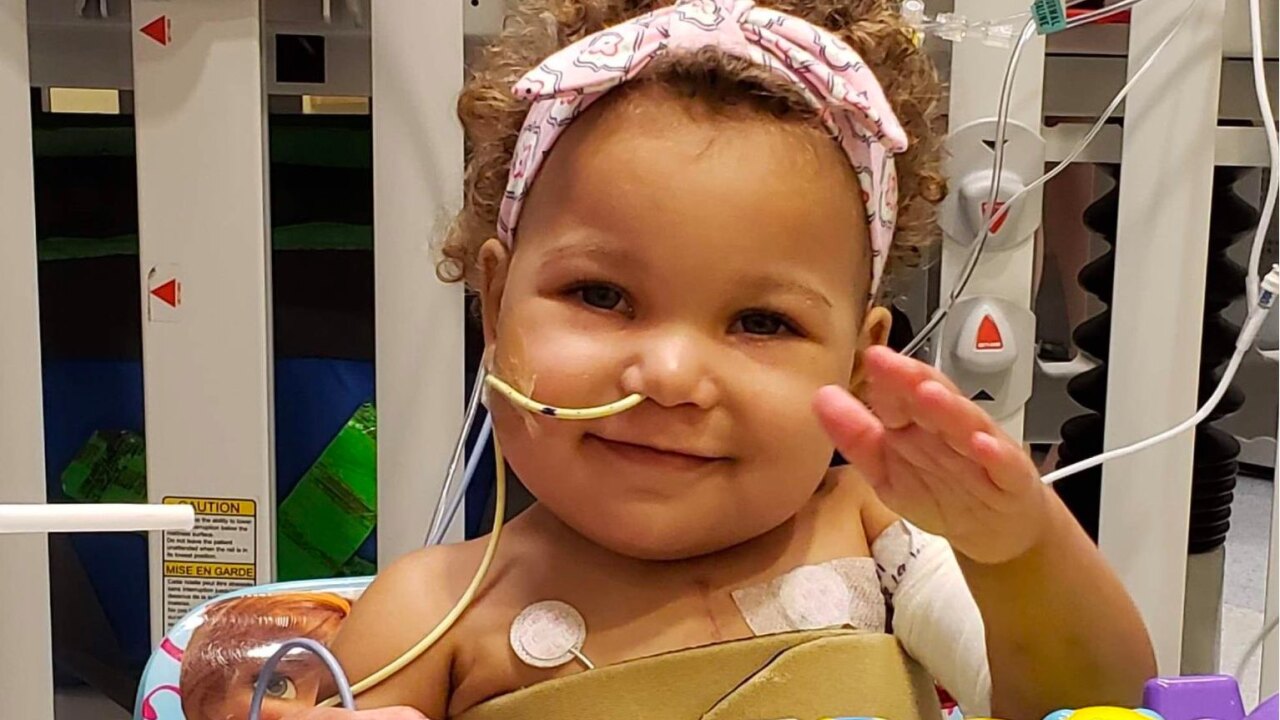 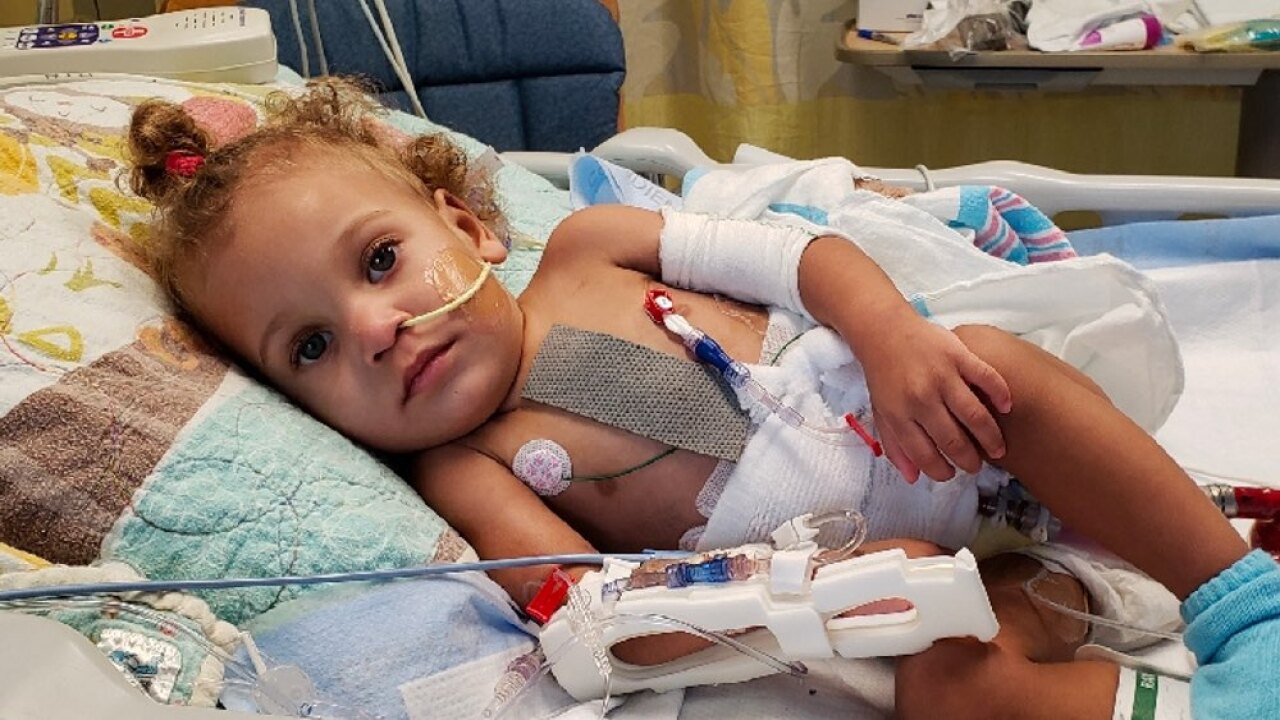 CHEVIOT, Ohio — When Brittney Suedhof took her daughter to a Children’s Hospital clinic in February, the first set of doctors she saw tried to send her home. It was a fever, she recalled them telling her. Elliana had become more tired than usual, needed her diaper changed less often and lost interest in eating or playing, but all of her swabs were normal. She would recover.

“That wasn’t enough for me,” Suedhof said Wednesday.

Her decision to seek a second opinion at the main Children’s Hospital campus likely saved her daughter’s life that day. Multiple hours, X-rays and blood tests later, they had a diagnosis: Dilated cardiomyopathy. An enlarged heart. Elliana’s case was unusually severe.

Suedhof said she had seen posts on Facebook about children with similar conditions, families fighting similar battles. Now she’s the one running a GoFundMe, scribbling down medical terms in a notebook and appealing to the kindness of strangers as her own family makes the long, slow climb toward what they hope will be a more permanent solution than Elliana’s toddler-sized VAD: A heart transplant.

The first months after the diagnosis were alright, Suedhof said. Elliana’s name went on a transplant recipient list, and the toddler herself went on a regimen of medications that she seemed to tolerate. She was herself again, according to her mother: “Very sassy, loving and caring.”

Things changed for the worse in April. By Wednesday, as Suedhof spoke to WCPO, Elliana had been “deactivated” as a potential heart recipient because of a kidney injury.

The family’s goal now is to get her back to her post-diagnosis normal and get her name back on the list. It’s hard, her mother said.

“There’s so much that we have to prevent before we have to get a heart transplant that we’re just like, ‘Can we do this?’” Suedhof said. “‘Can we make it? We can make it. Let’s do this.’”

Sweet, sassy Elliana is also exhausted with being in cardiac intensive care unit, she added. Suedhof, who works part-time, tries to spend every possible moment there with her — but she can’t afford to do that without financial help. She also has another child to care for.

So, for now, she lives on hope, alternates between home and the hospital, and keeps writing in her notebook.

“This notebook is my dictionary,” she said. “Like my memory log. Anything I need to know is in this notebook.”

She hopes the help her family needs is out there in the world.

Anyone who would like to donate to the family can do so via Suedhof's GoFundMe.