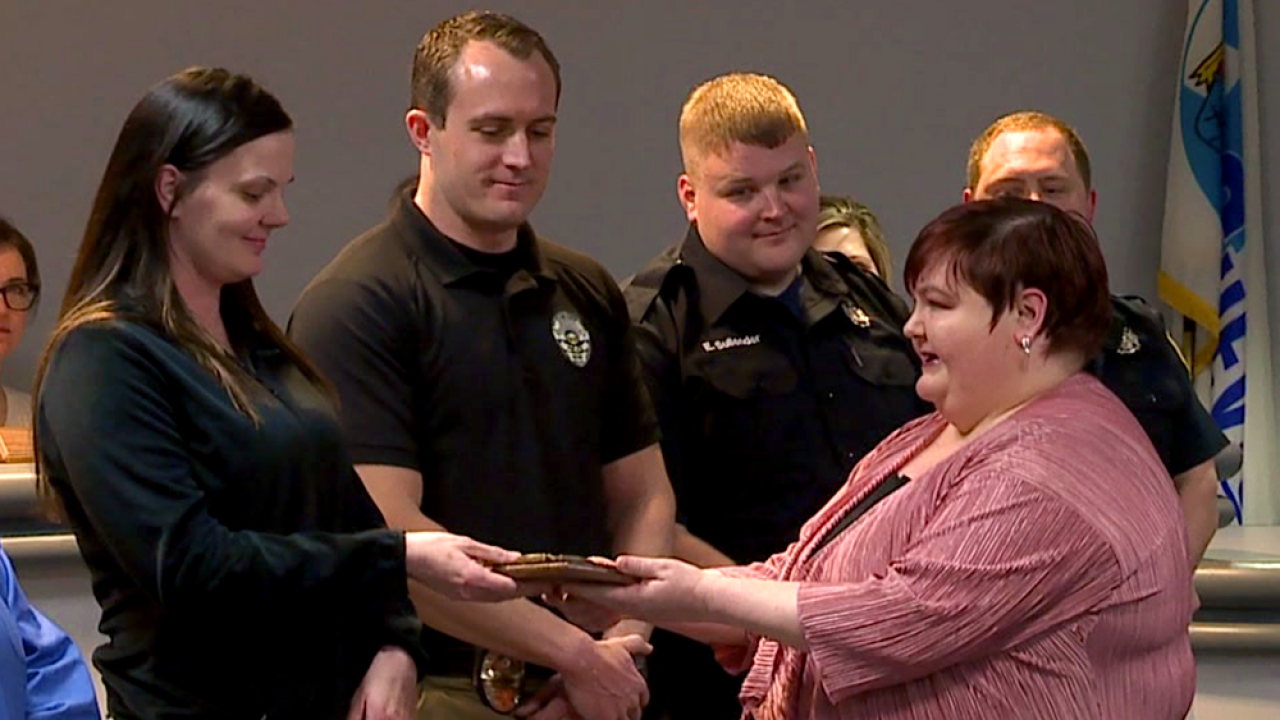 CHEVIOT, Ohio — Professional cardiac technician Melissa Leath never expected to find herself on the other side of the tests and recitations that made up her working days. On Feb. 14, 2018, however, it happened without warning.

No pain. No tightness in her chest. Just the heart attack, which forced her younger sister to perform CPR while they waited for emergency responders to arrive and shock Leath five times with a defibrillator.

“When I woke up in Mercy and I heard them spitting out words I knew, I said, ‘Are you talking about me?’” Leath said Tuesday night. “It was surreal waking up in that situation.”

Only about 10 percent of people who experience cardiac arrest outside of a hospital will survive it, according to the American Heart Association. The National Academy of Sciences estimates the real number may be even smaller: 6 percent or below.

Leath and other members of that tiny fraction gathered at a Tuesday meeting of Cheviot City Council to thank the people who saved their lives.

“It was a full-circle moment (that) brought a lot of closure,” Leath said. “It’s been a hard year mentally as well as physically. It does a lot to you mentally when you have something traumatic like that.”

Seeing the faces of the people who helped keep her alive, coaching her sister through CPR over the phone before they arrived in person, helped.

Unlike Leath, Deerfield Digital Printing owner Tim Roedersheimer had symptoms before his cardiac arrest — but like her, he’d never truly anticipated one. He sat light-headed and sweating at his desk, barely able to move, for 15 minutes before he told someone else to call 911.

“I wanted to not believe I was having a heart attack,” he said. “Wanted to think I’d be OK.”

Despite the heavy snow the night before, Cheviot Life Squad arrived within 10 minutes, he said. The full-blown heart attack hit as soon as they wheeled him into Mercy Hospital.

“They had to shock me with a defibrillator 15 times,” he said. “Brought me back. I guess, overall, there’s a reason why I’m here.”

Roedersheimer has attended rehabilitation at Mercy since his cardiac arrest. He said Tuesday night he had begun to feel like himself again.

“I’m looking forward to the next chapter of my life,” he said. “Being 65 years old, I think I’m ready to move on to bigger and better things.”

According to the American Heart Association, symptoms of cardiac arrest can vary depending on the victim’s sex, and many patients may not correctly guess the underlying cause.

Both men and women experience chest pain, cold sweat, lightheadedness and shortness of breath. Women are more likely to have co-occurring symptoms such as nausea and back or jaw pain.

In some cases, the AHA writes, this may cause them to assume the heart attack is really a less dangerous health condition such as acid reflux. That kind of gambling isn’t worthwhile.

“Learn the signs for heart attack, and remember: Even if you’re not sure it’s a heart attack, have it checked out,” the group recommended on its website.