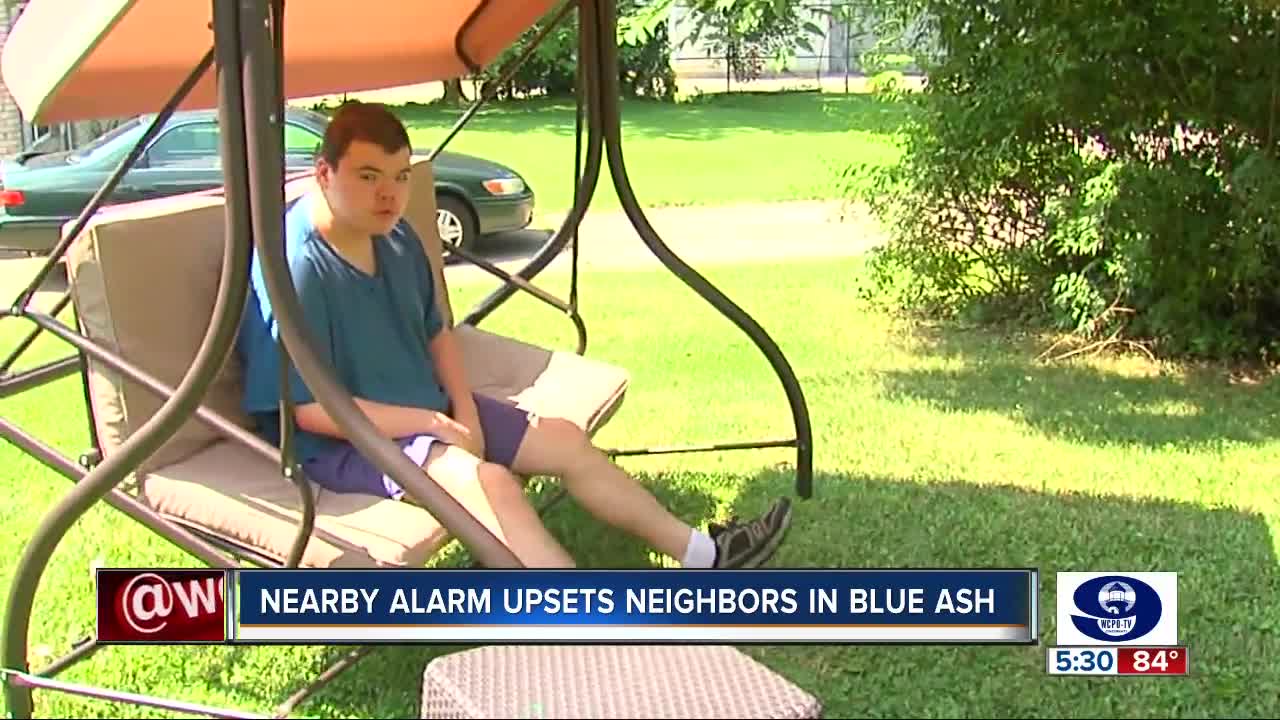 Tonya Schneder can never predict when it will happen or why, only that it will — and it’ll be loud when it does.

She and other neighbors on LaBelle Avenue live yards away from a Kroger distribution center with a piercing outdoor alarm. When it goes off in the middle of the day, Schneder said, it’s an annoyance. When it sounds in the at midnight or early in the morning, it’s a genuine disturbance to daily life.

“It’s so loud it sounds like an air raid siren going off,” she said. Sometimes it lasts up to 15 minutes.

It bothers everyone, according to neighbor Lisa Abney, but it’s a special topic of concern for Schneder, whose teenage son has autism.

“He has a lot of sensory issues,” she said. “It really sets off that. He can go running into the house.”

She doesn’t understand why it has to be outside, she added.

Blue Ash police said noise ordinances, which they could use to stop loud parties or other disruptive sounds on LaBelle, don’t apply to alarms, so they cannot issue a citation to the Kroger distribution center.

However, officers said they were aware of neighbors’ complaints and were investigating a possible solution.

Kroger did not respond to a request for comment Friday afternoon.