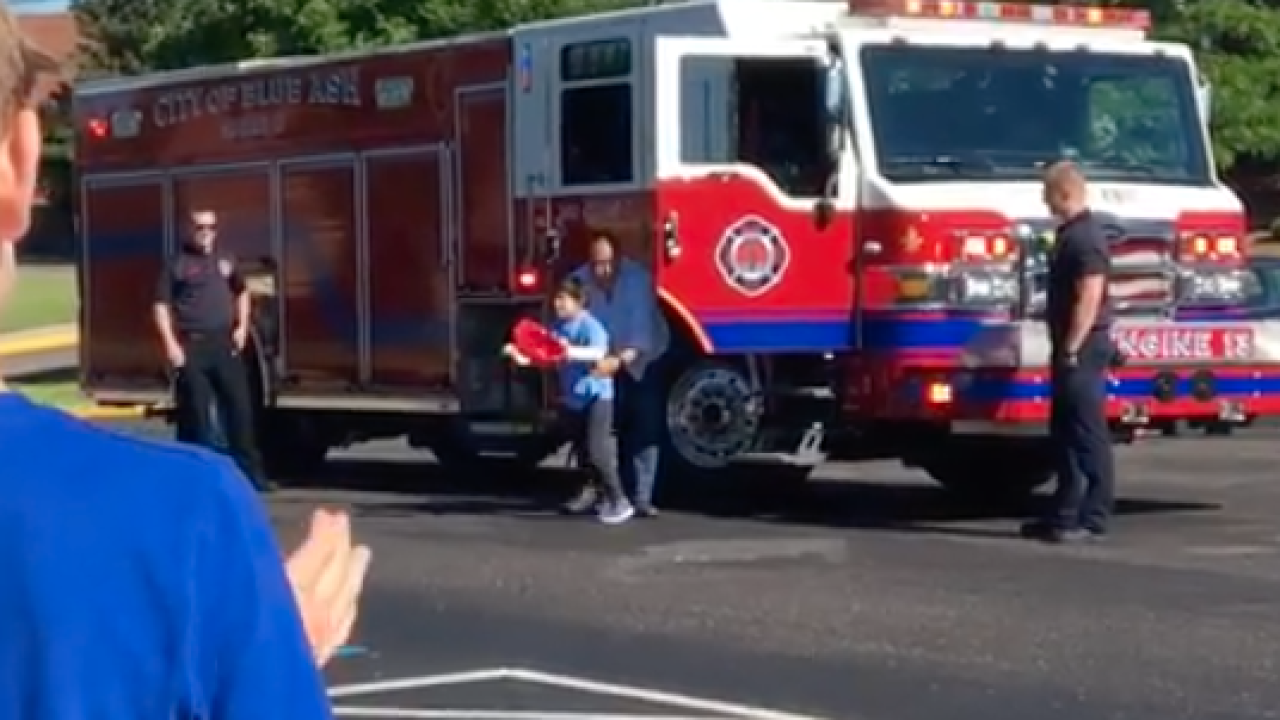 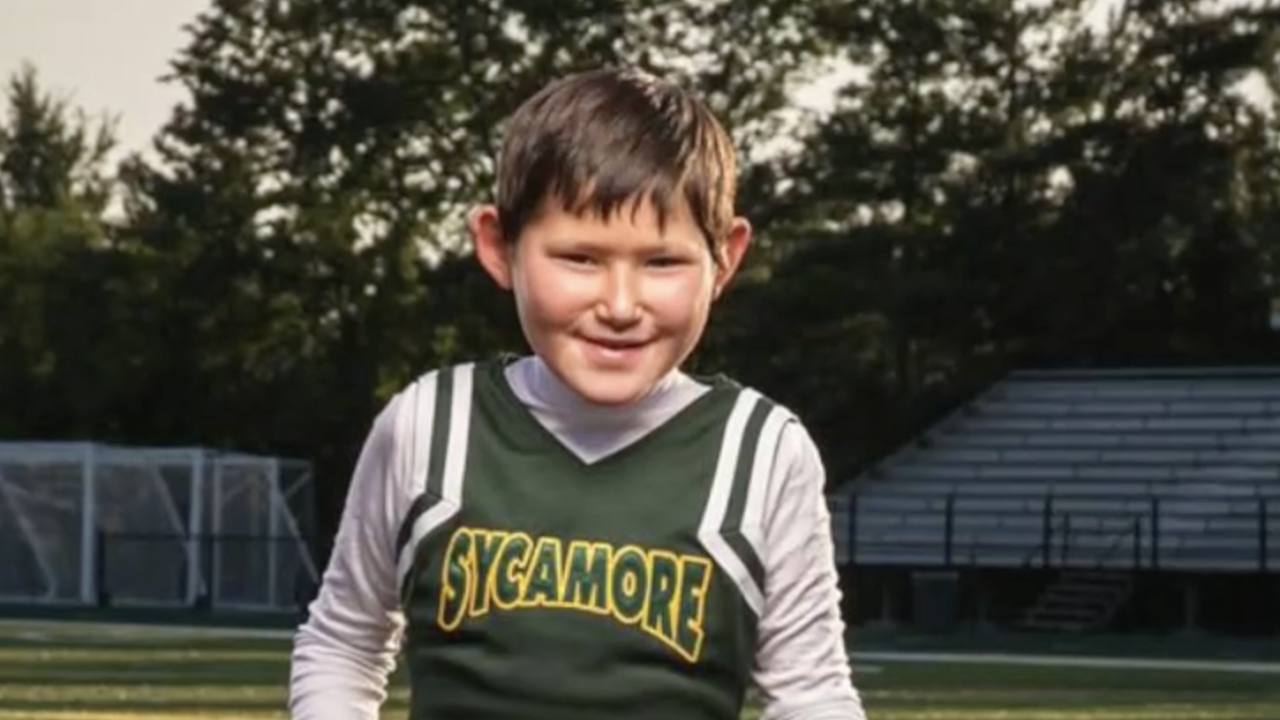 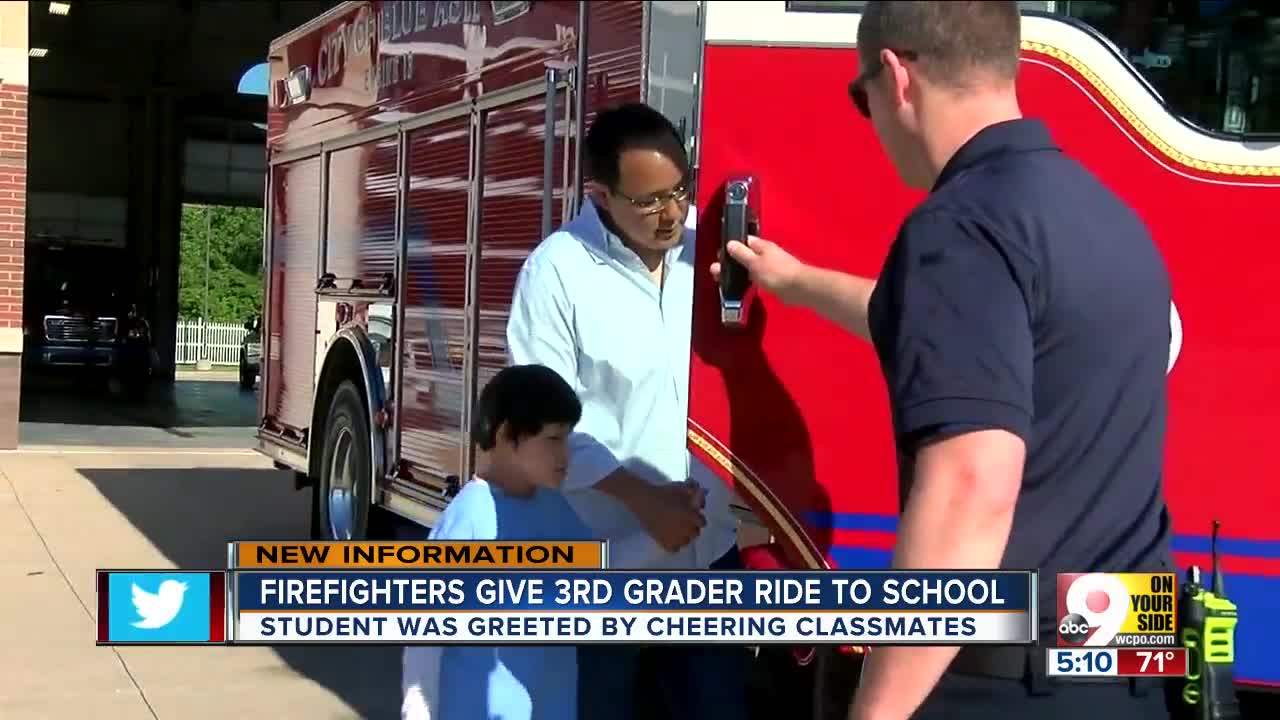 BLUE ASH, Ohio — A third grade student had quite the joyride Monday morning, arriving to school in a fire truck.

Kendall Amos, 10, was greeted by about 50 classmates shouting her name as she was dropped off by the Blue Ash Fire Department.

“It’s so awesome to see somebody that's just so excited about, you know, taking a ride,” said Fire Chief Chris Theders.

Classmates cheered for ten-year-old Kendall Amos as she arrived at Blue Ash Elementary in a Blue Ash Fire Truck this morning! Kendall, who has Angelman syndrome, won her special trip to school in a silent auction. #goodnews #firetruck #school #blueash #sycamorecommunityschools pic.twitter.com/2g2kjYYt9l

The rare opportunity for one student turned into a celebration of diversity.

“One person’s celebration isn’t just for them,” said third grade teacher Ashley Sandor. “We can all be a part of it as well.”

At age 2, the Blue Ash Elementary student was diagnosed with Angelman syndrome, a genetic disorder that causes developmental disabilities and neurological problems.

But it’s not slowing Kendall down.

“She gives hugs freely and all day long and you can’t help but feel better, or make it a great day because of that,” said Kendall’s mom, Marcia Brandstadt.

Kendall is a cheerleader and Girl Scout. She got her special ride thanks to a silent auction at the Blue Ash Elementary Haunted Festival.

Kendall hopped on the fire truck at the North Station on Kenwood Road for the roughly three-mile ride to school.

“You know this will bring light to maybe other kids saying, ‘Hey, I would love to do something like that,’” Theders said.

“One thing she does have is a social, happy, outgoing demeanor,” Brandstadt said of her daughter.