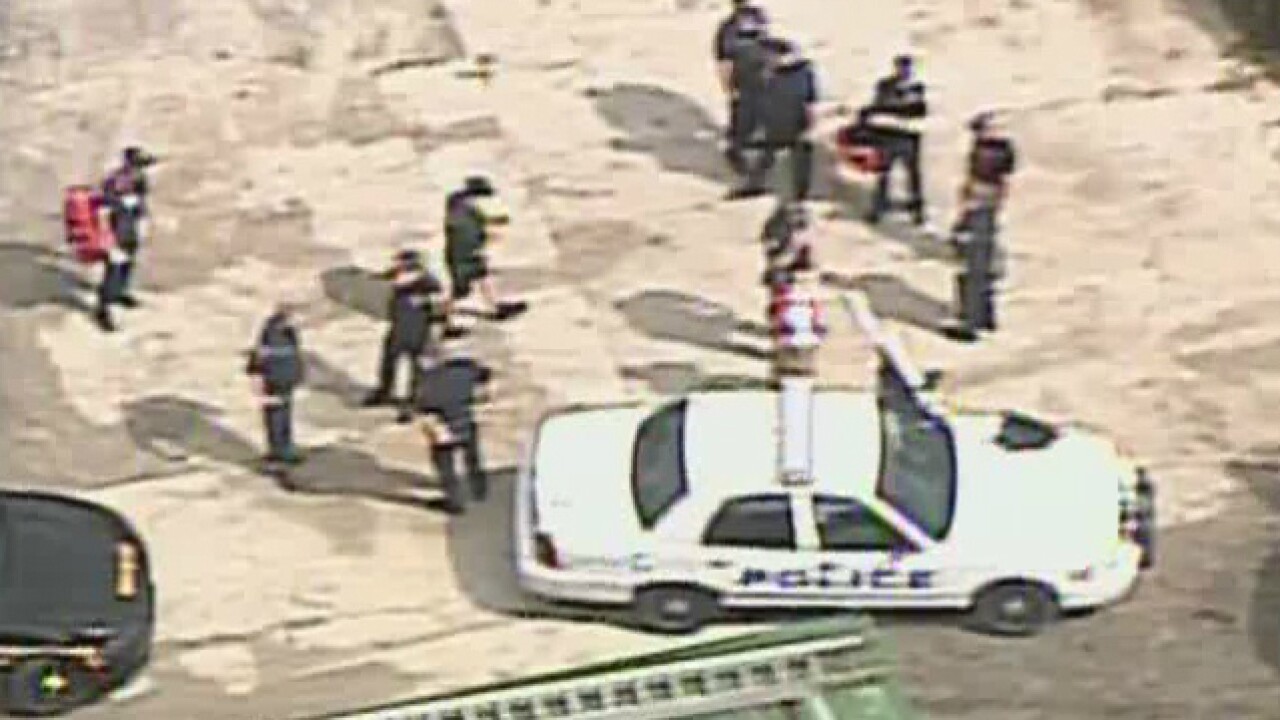 <p>Officers caught up with a vehicle that led them on a chase from Horseshoe Casino Downtown to Broadwell Road in Anderson Township, May 12, 2016. (Dan Carroll/WCPO)</p> 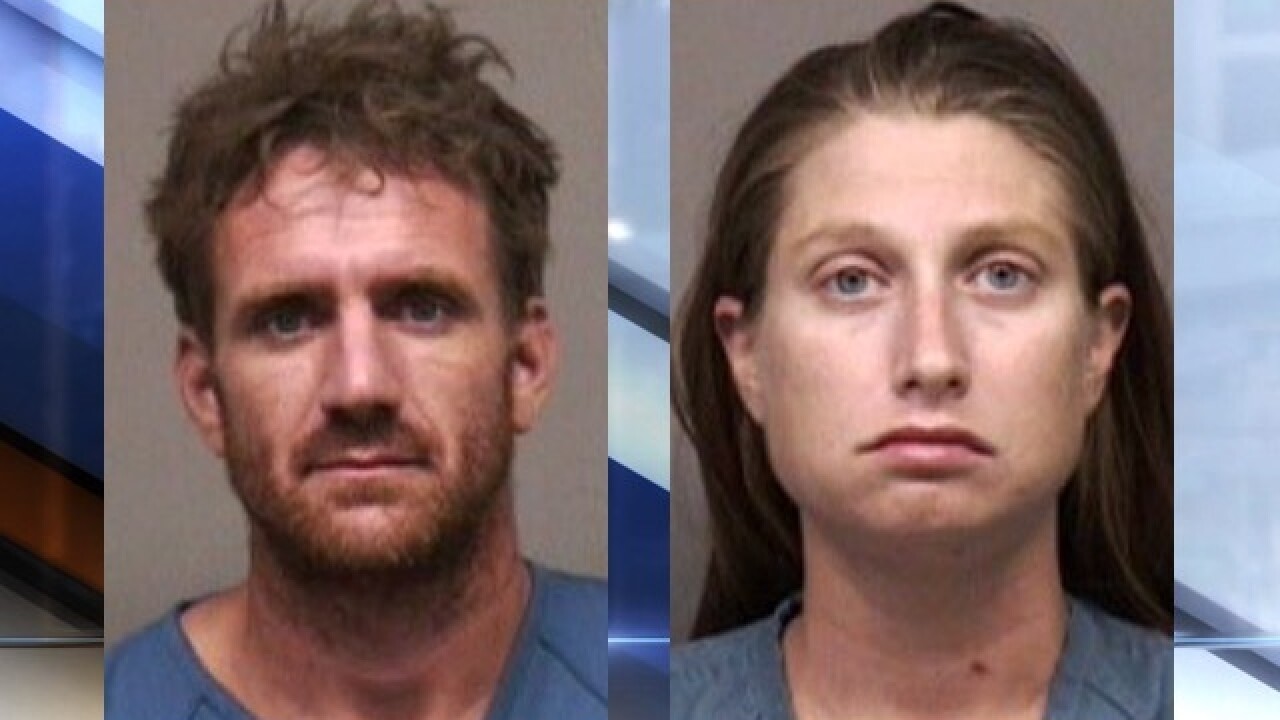 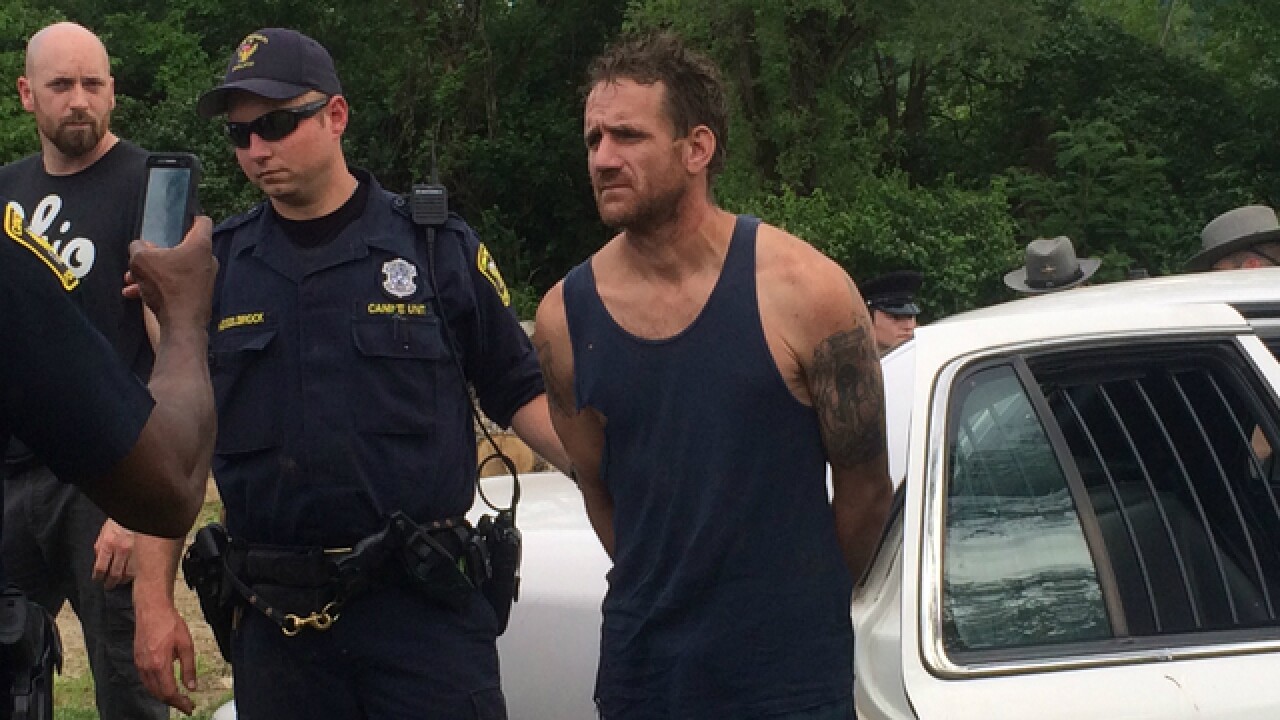 According to Cincinnati Police Lt. Steve Saunders, the chase was in pursuit of multiple robbery suspects who officers first spotted near the casino’s parking garage. When approached by officers, the suspects fled in a silver Chevrolet pickup truck, Saunders said.

The chase ended on the 8200 block of Broadwell Road in Anderson Township, after the suspects led police along Interstates 471 and 275 before exiting on to U.S. 52. There, officers took Jeffrey Scott Abrams, 35, of Batavia, into custody -- but not until after he tried to make a getaway in a pond, police said.

“He navigated the water for a little while before he decided to come back to shore and was taken into custody,” Assistant Cincinnati Police Chief Dave Bailey said.

Alison Shaye Jeffery, 26, also of Batavia, was was apprehended near the casino before the man fled in the pickup, Saunders and Lt. Union Township Lt. Anthony Rees said.

One motorist, Corey Lawson, posted this video to Facebook, depicting the driver leaving the road and driving through grass, with officers fast in pursuit behind him:

"Once he got onto the blacktop a little bit, he fishtailed and almost ran right into me," Lawson said.

Forest Hills School District locked down during after-school activities during the chase, according to Summit Elementary School Principal Michele Sulfsted.