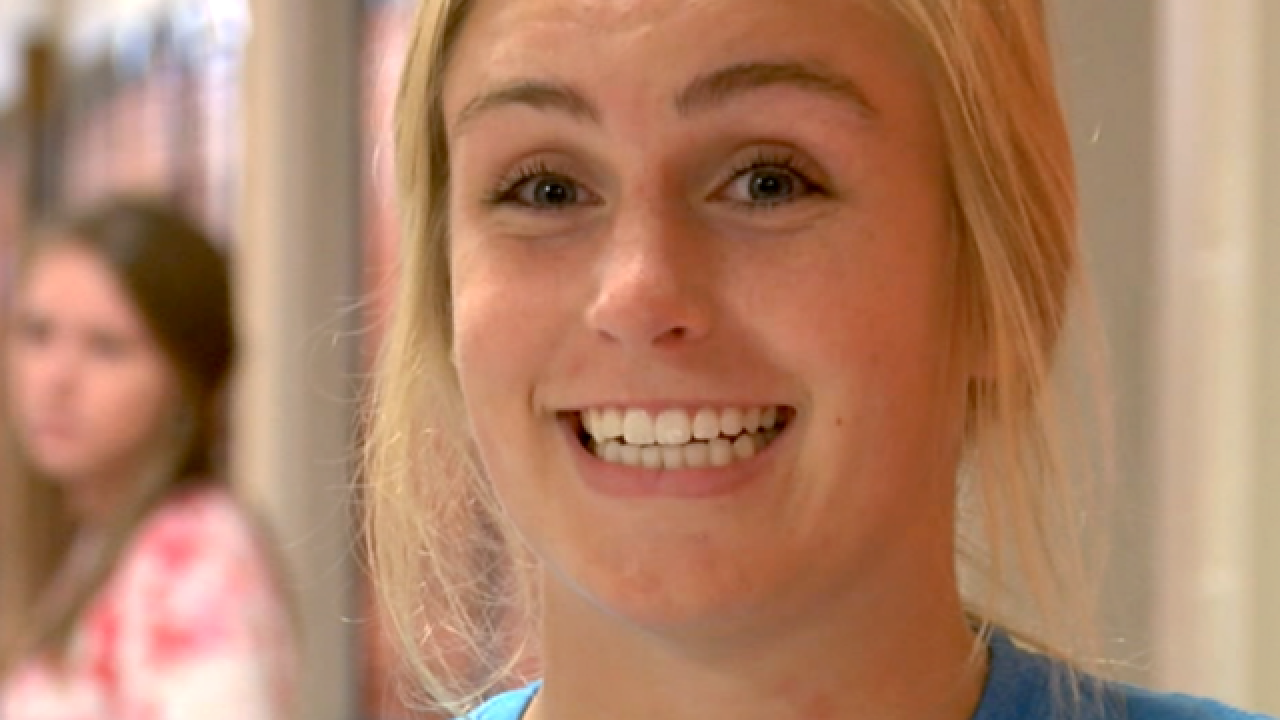 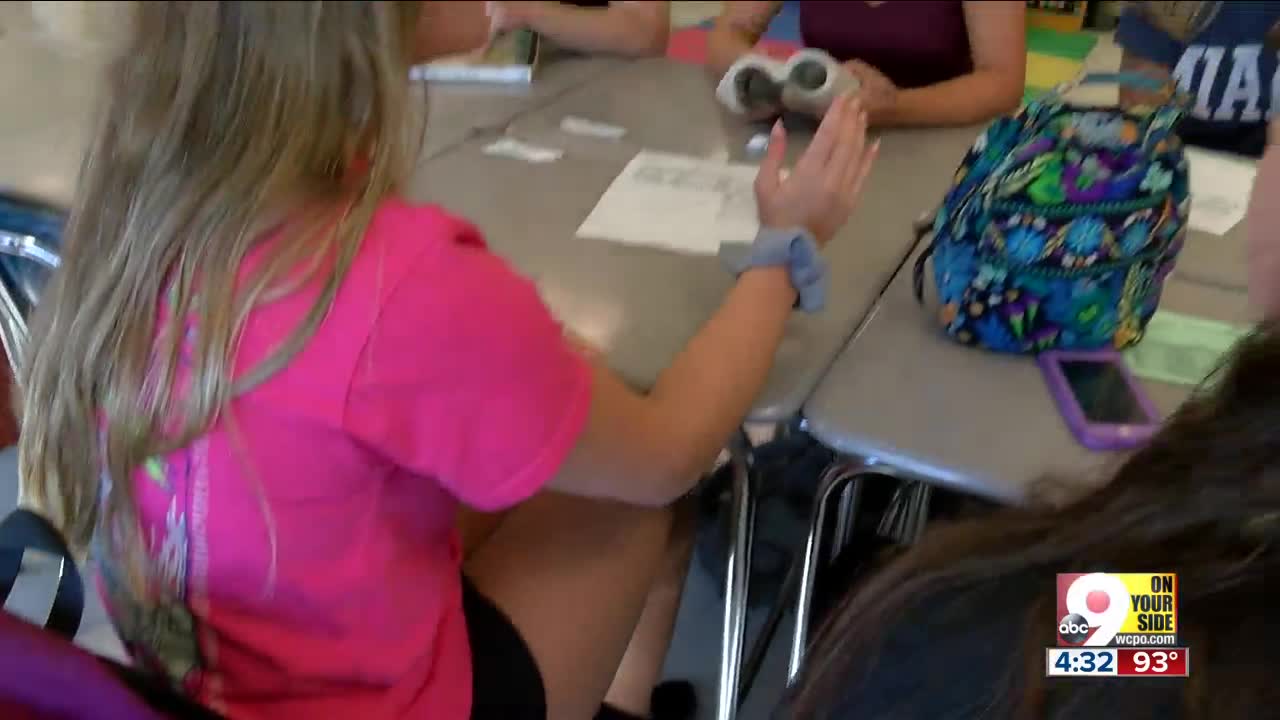 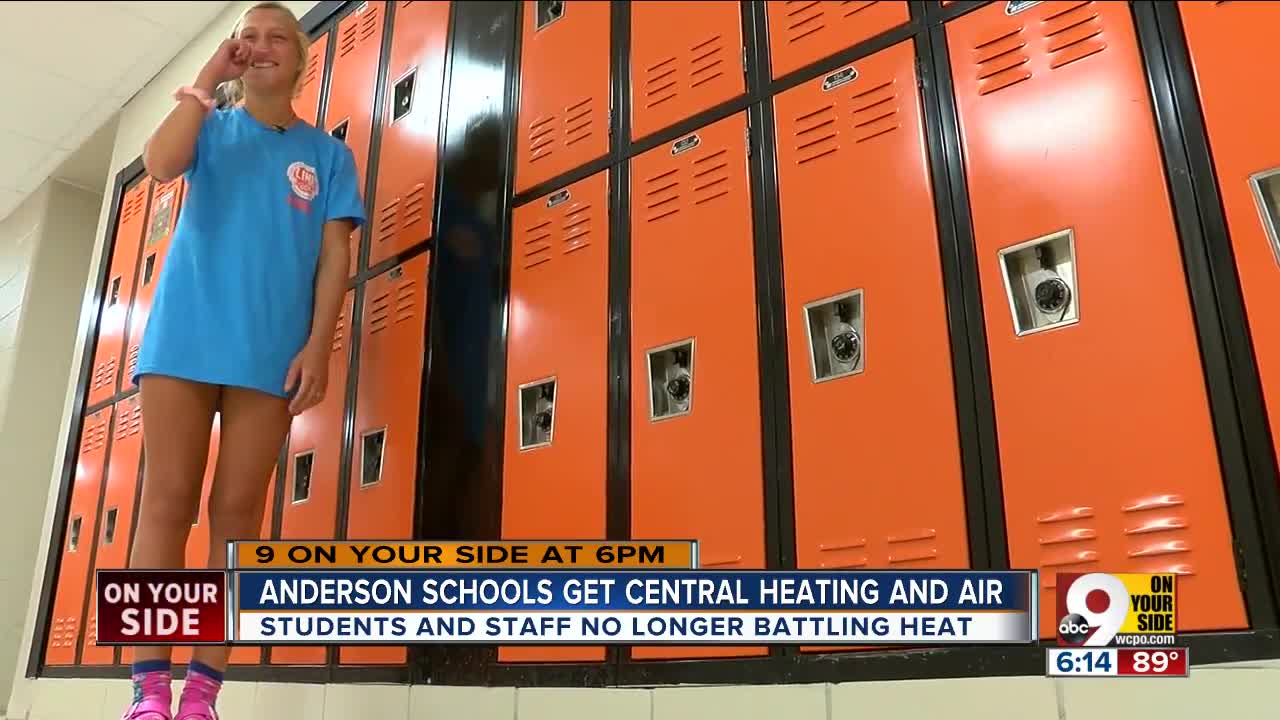 ANDERSON TOWNSHIP, Ohio -- Students who began classes Tuesday at Anderson High School walked into a building fitted with new lights, new projectors and entire new wings for art and science classes, but the feature for which they were most grateful was new air conditioning.

"I've had goosebumps all day, but it's good," senior Brooke Peters said. "I appreciate that. It's better than sweating and feeling gross all day."

Prior to the renovation, temperatures inside the early 20th century building frequently reached up to 100 degrees Fahrenheit -- hotter, even, than outside temperatures --on the hottest summer afternoons.

The intense heat forced teachers and administrators to get flexible and creative, distributing popsicles and water bottles to some classes and scooting science experiments to days when indoor temperatures wouldn't cause unexpected chemical reactions.

Superintendent Jay Phillips even canceled dismissed students early at the start of the 2017-'18 school year, reasoning they would find it difficult to learn and broil at the same time.

In the winter, Peters said, the situation wasn't much better.

"It was freezing," she said. "I'd come to school with three jackets on and gloves and trying to type on my computer."

Other Cincinnati-area schools, including those in Finneytown, continued to struggle Tuesday with dispelling late summer's simmering heat in buildings specifically constructed to trap it inside; they'll likely also face heating challenges as temperatures drop in winter.

"That is a thing of the past," Forest Hills assistant superintendent Mike Broadwater said. "We've got air conditioning!"

The new ventilation system and accompanying upgrades to school facilities came from a $103 million bond issue, which also paid for 186 more parking spots and maintenance to existing systems in all nine Forest Hills schools.