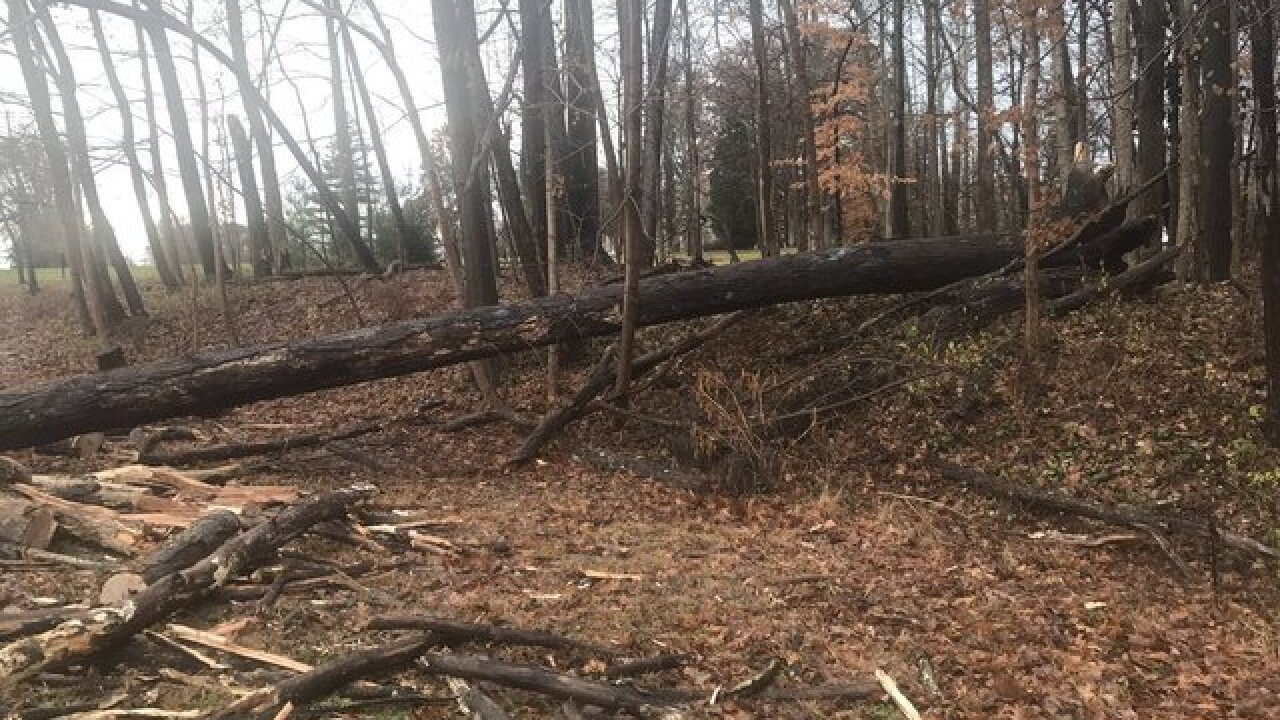 CINCINNATI – High water and fallen trees are creating havoc for drivers after a second day of almost  steady hard rain.

A tree fell across Beechmont Avenue near Salem Road Saturday afternoon, blocking two lanes until it was cleared just before 5 p.m..

Hamilton County Dispatch reported high water at Sutton and Kellogg  avenues, southbound  I-75 at Shepherd Lane, and Rt. 128 between Morgan and Chidlaw.

There are multiple wires down in the county. However, Duke Energy has not reported any major outages.

#HAPPENINGNOW: Fallen tree blocking two lanes of Beechmont. Crew currently on scene to remove it and get traffic flowing. pic.twitter.com/n8VqA4hzwL