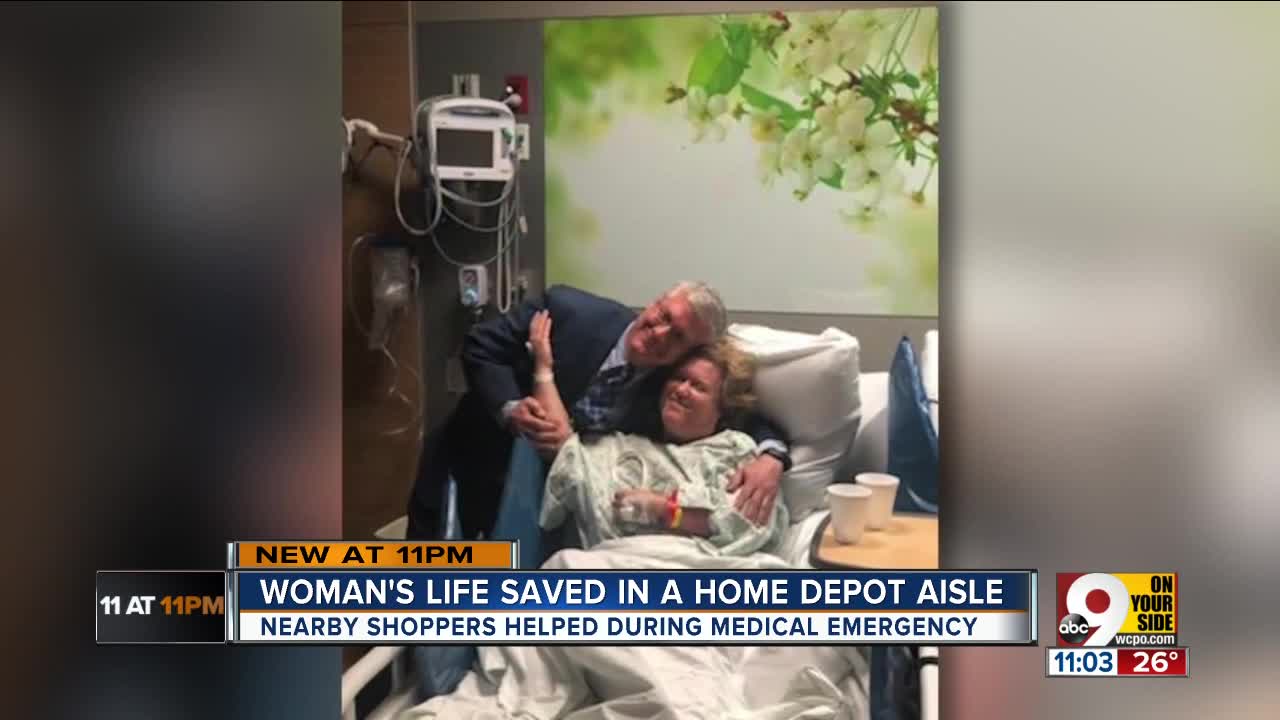 Tammy Pogner met her guardian angel on the floor of a Home Depot carpet aisle.  She was lying there, breathless, eyes open and dilated, after a sudden collapse while shopping with her husband, Veit. Blood was pooling near her head. It was then Dr. Jeremy Bruce, a Christ Hospital physician who had been shopping nearby, came to the couple's aid. 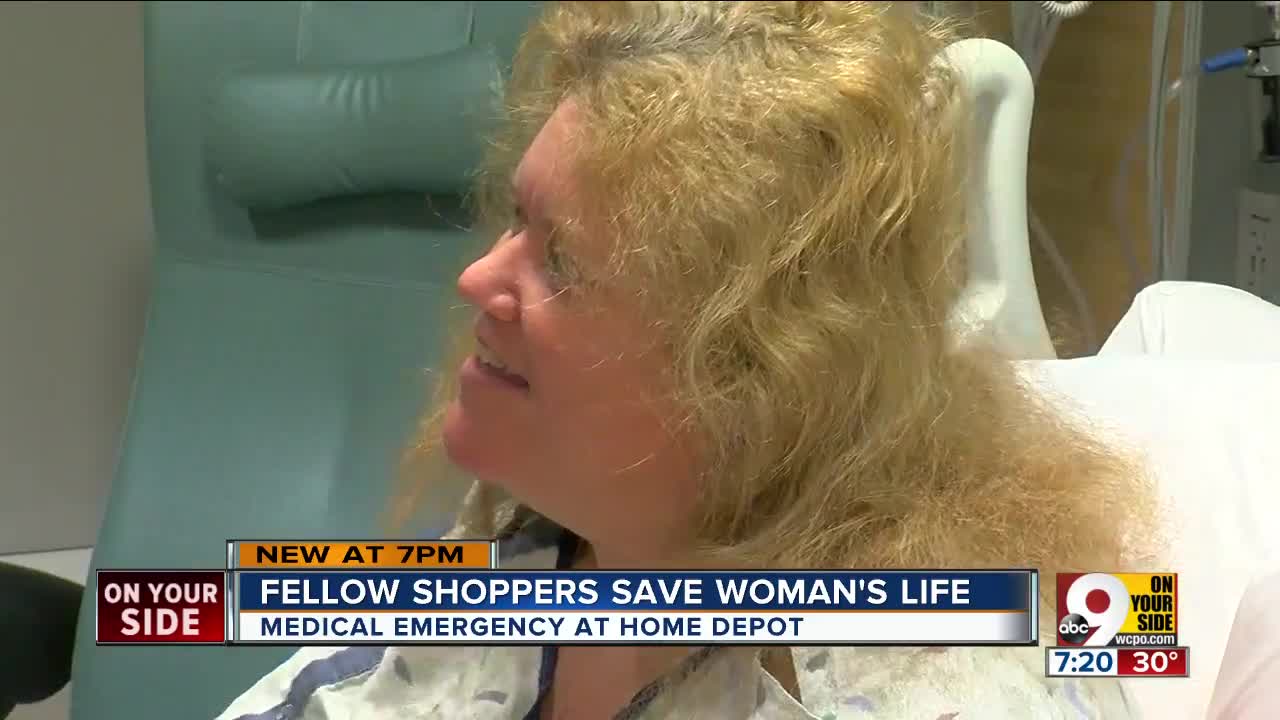 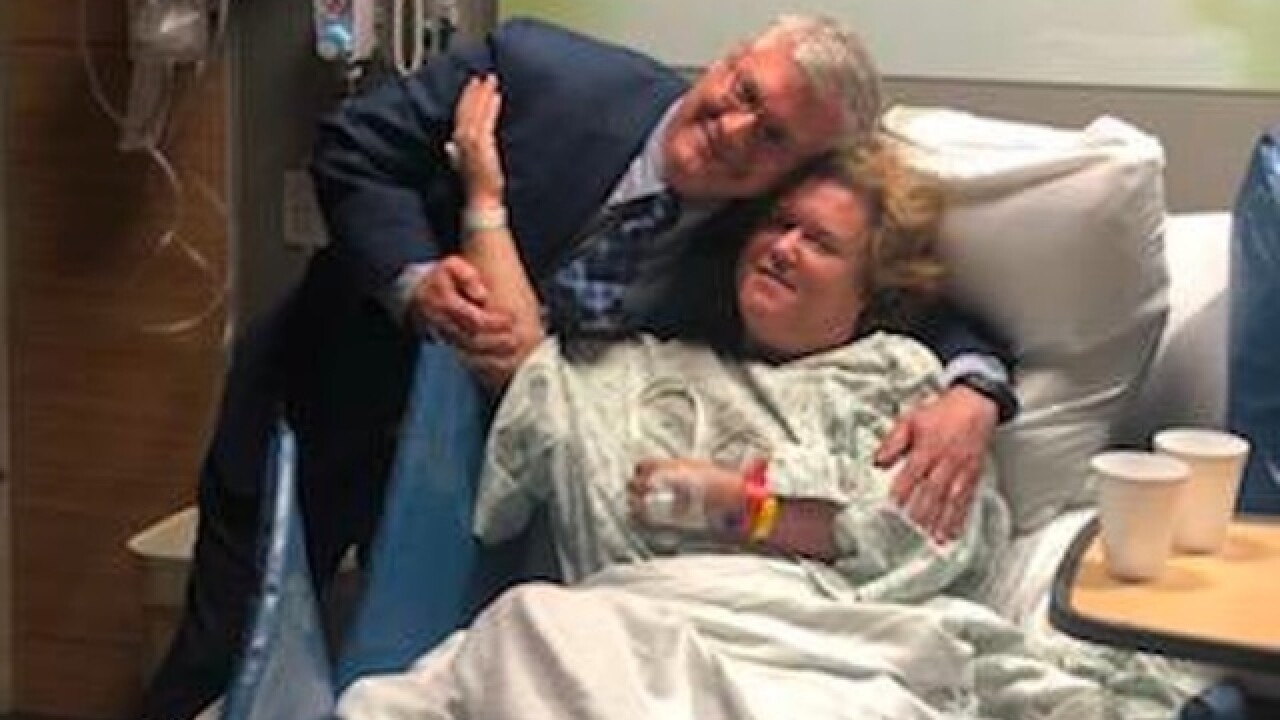 She was lying there, breathless, eyes open and dilated, after a sudden collapse while shopping with her husband, Veit. Blood was pooling near her head.

Veit screamed for someone to call 911.

"Worst thing I've ever seen in the world," he said Wednesday night. He felt "hopeless. Like your kid just ran away and you can't find them. Nothing you can do."

It was then Dr. Jeremy Bruce, a Christ Hospital physician who had been shopping nearby, came to the couple's aid. He performed CPR, reopening her airway enough that she could breathe again.

A massive seizure overtook her as soon as she regained consciousness. Veit, Bruce, two Home Depot workers and a nurse worked together to hold her still and prevent her from injuring herself.

From there, an ambulance rushed her to Christ Hospital so she could recover and undergo tests to identify what could have caused the sudden episode.

The Pogner family still didn't know on Wednesday; Tammy was scheduled to remain in supervised care for three months in case of a repeat. Both she and Veit said they were immeasurably grateful for Bruce's timely intervention as well as the help of the nurse and Home Depot employees.

If not for a series of unlikely events -- that Tammy agreed to come to Home Depot, that a doctor of internal medicine happened to be shopping nearby, that there were others in the store who knew what to do -- the incident could have had a much different outcome.

"I was skeptical of miracles," Veit said. "I've never had one happen to me. Then, to see my wife laying there lifeless, to get it back that instant, to hear that breath come in -- i's priceless.

"They gave me my wife back."