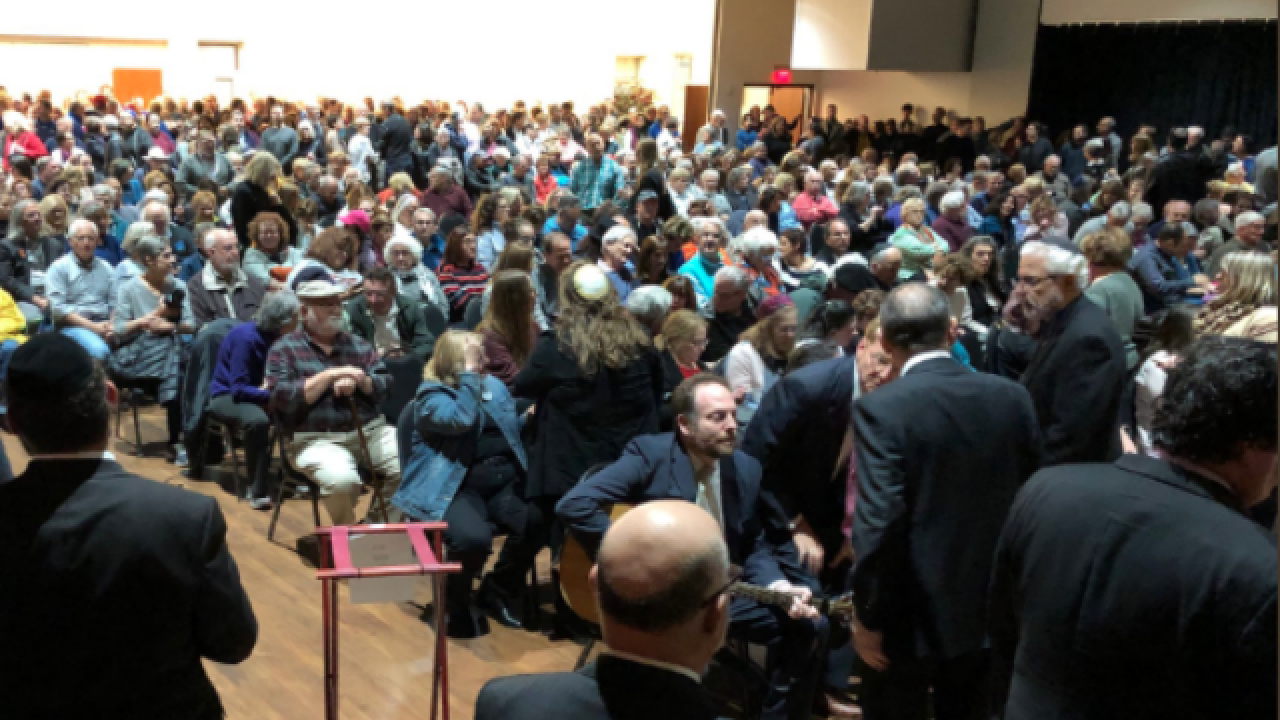 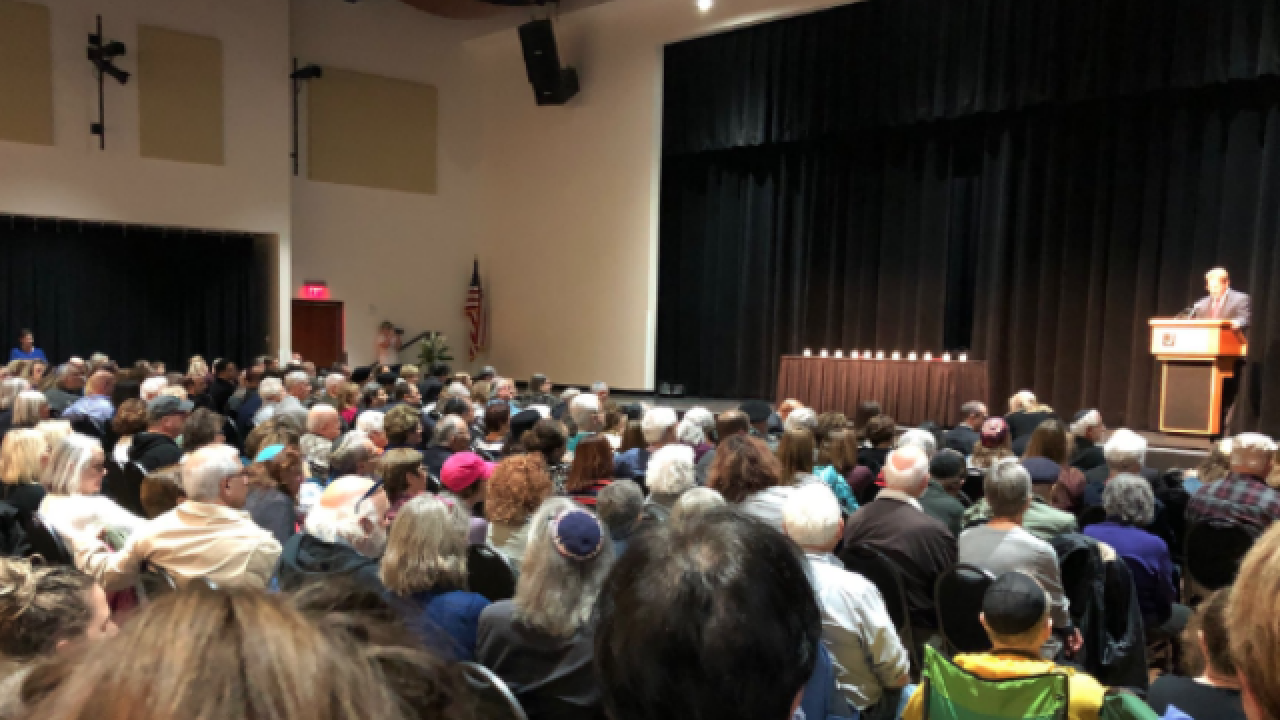 CINCINNATI -- When Shep Englander thinks about Saturday’s synagogue shooting in Pittsburgh, he's met with flashing lights in his old neighborhood.

“Me and my children walked past that synagogue most Saturdays,”  Englander said Sunday at a vigil in Amberley Village.

Before Englander moved here and became CEO of the Jewish Federation of Cincinnati, his family also lived and worshipped in Squirrel Hill.

“You know, I can close my eyes and see the inside of that synagogue,” Englander said.

When Rabbi Miriam Terlinchamp thinks about the shooting, she's met with the voices of scared congregants.

“I think the hardest thing I’ve had to do as a clergy person is call my teachers and my parents before Sunday school and say, ‘Tomorrow we’re going to be brave and we’re going to step back into the Synagogue,’” she said.

Like Terlinchamp and Englander, more than 1,200 people streamed into Sunday’s vigil at the Mayerson Community Center with their own stories. While the Jewish community gathered to honor those lost in Pittsburgh, they were joined in solidarity by members of every synagogue in Cincinnati as well as members of other faiths.

The vigil drew an overflow crowd of more than 1,200. When the seats were filled, people started sitting on the floor. When they ran out of floor space, people began gathering outside.

Meaningful to have so many community members - Jewish & non-Jewish alike - turn out for tonight’s vigil at @MayersonJCC. Pray for our world pic.twitter.com/gYoLc2D7xd

The flags of Israel and the United States were displayed at half staff, reflecting the sadness that people are feeling here and around the world.

“When one Jew suffers, all Jews suffer,” Terlinchamp said. “Every single one of us felt this.”

Rabbis left their podiums and gave second sermons to people standing along the curb.

“A whole range of emotion are happening for all of us right now,” Terinchamp said.

Even though each person came with his or her own pain, all left with the strength of knowing they’re not alone.

The Jewish Federation expects local synagogues to hold their own tributes in the coming weeks.

The Bridges of Faith Trialogue, a local interfaith organization, called for a moment of silent prayer at noon Monday to honor the victims of the shooting at the Tree of Life Synagogue.