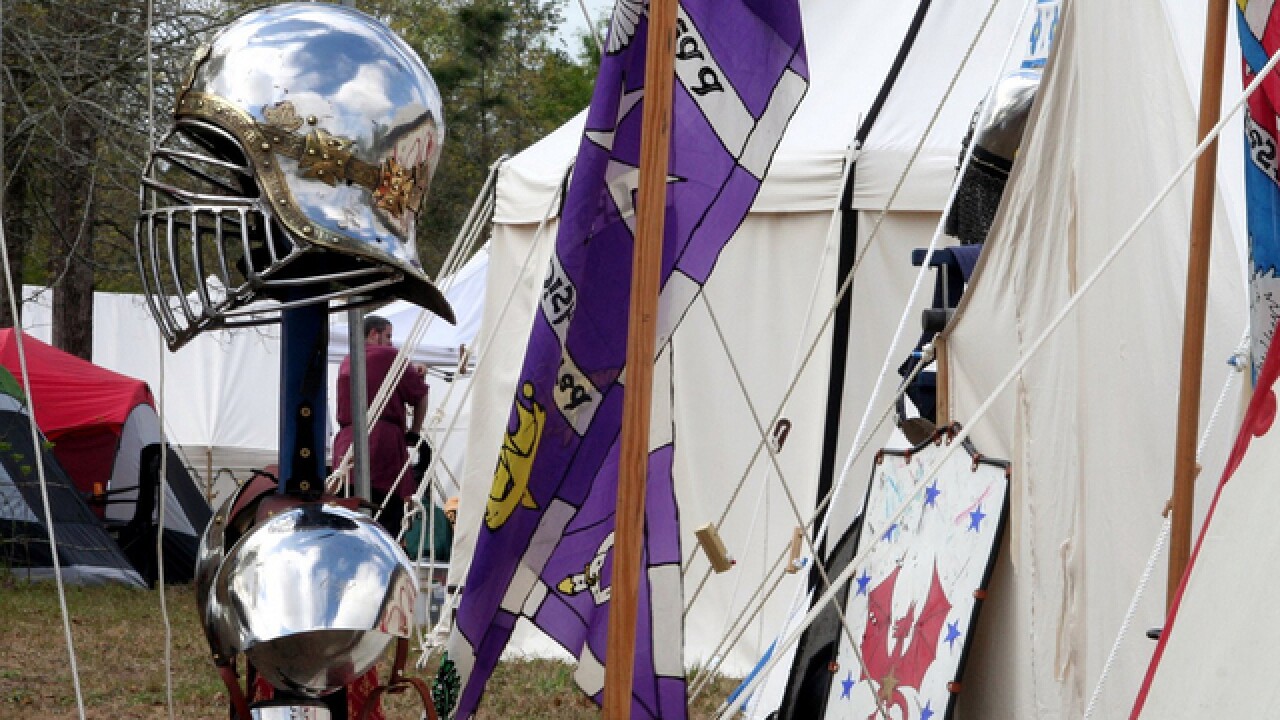 WILLIAMSTOWN, Ky. (AP) — A Medieval knight re-enactor has impaled himself with his lance during a performance and died.

News outlets report 53-year-old Peter Barclay, of Virginia, was competing in an equestrian game in Williamstown, Kentucky, when he was wounded Saturday. Barclay's brother and the president of event holder Society for Creative Anachronism, John Fulton, says Barclay was trying to spear a paper plate on the ground.

Fulton says in a Facebook post that the metal-tipped lance hit the ground and flipped, stabbing Barclay's chest. He says Barclay, who performed under the name "Master Terafan Greydragon," died while being flown to a hospital.

The Hamilton County coroner's chief administrator, Andrea Hatten, says an autopsy hasn't yet been performed. His death is listed as accidental. The SCA says it's investigating how to prevent similar accidents.