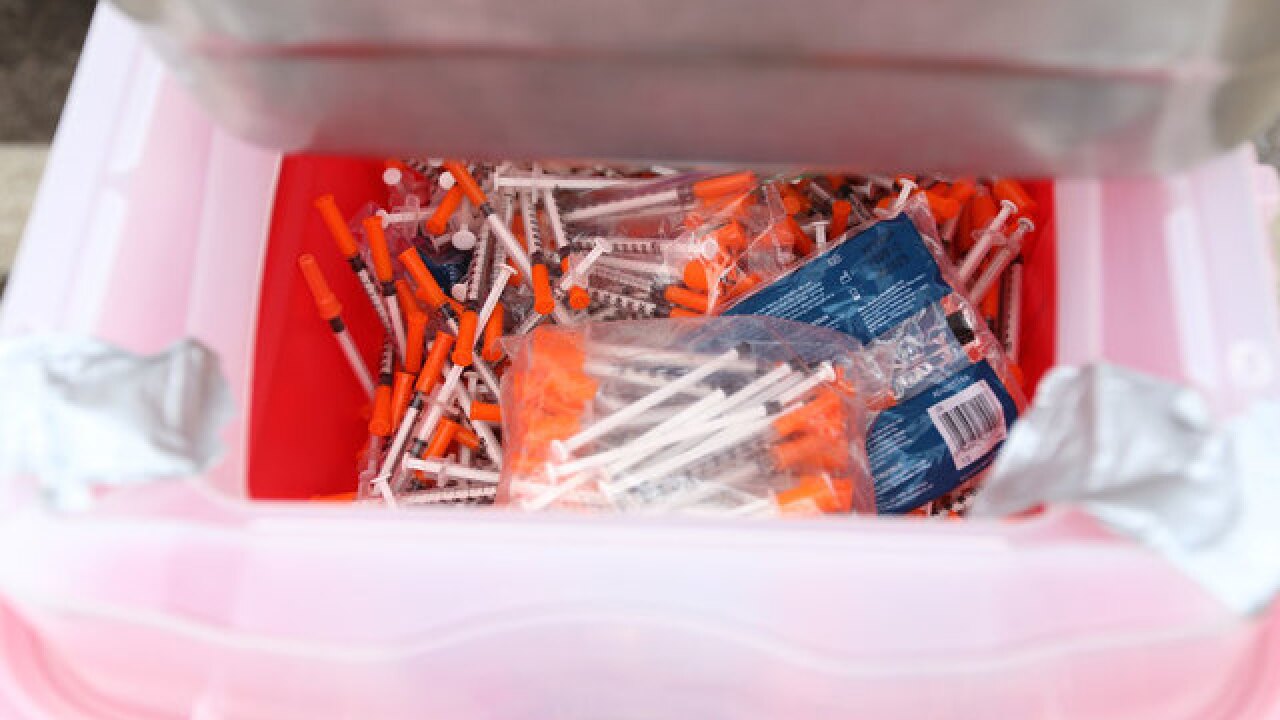 Copyright 2017 Scripps Media, Inc. All rights reserved. This material may not be published, broadcast, rewritten, or redistributed.
Emily Maxwell | WCPO
<p>The Northern Kentucky Health Department was named a Hero Against Heroin partly for its advocacy for syringe exchanges. </p>

WILLIAMSTOWN, Ky. -- Officials at Grant County’s needle exchange program have referred over 100 people to treatment and distributed over 400 naloxone kits in its two years of operation, according to data from the Northern Kentucky Health Department.

The program, which was the first of its kind in Northern Kentucky, has seen 322 participants since its opening in March 2016.

People who use drugs intravenously can exchange used needles for clean ones at the facility in an effort to prevent the rampant spread of diseases like hepatitis C and HIV in Northern Kentucky.

Nearly half of HIV infections in Northern Kentucky in 2017 came from injection drug use, according to data from state and local public health officials. Hepatitis C cases also increased 8.4 percent in 2017; about 1,404 cases of acute and non-acute Hepatitis C were reported last year.

In addition to preventing the spread of disease, the Grant County program aims to decrease overdoses by distributing naloxone kits. So far, officials have distributed 458 naloxone kits, which has resulted in 54 documented lives saved.

“Those numbers truly show the value of syringe exchange — helping to keep individuals alive and providing a path to treatment and recovery while reducing the spread of disease in our communities,” Dr. Lynne Saddler, district director of health, said.

A needle exchange program in Newport will soon join Grant County’s facility. The Newport Board of Commissioners voted unanimously in February to allow the Northern Kentucky Health Department to administer a mobile unit syringe exchange located at the St. Elizabeth Physicians facility on Grand Avenue near Interstate 471 in south Newport. That unit is supposed to open this summer.