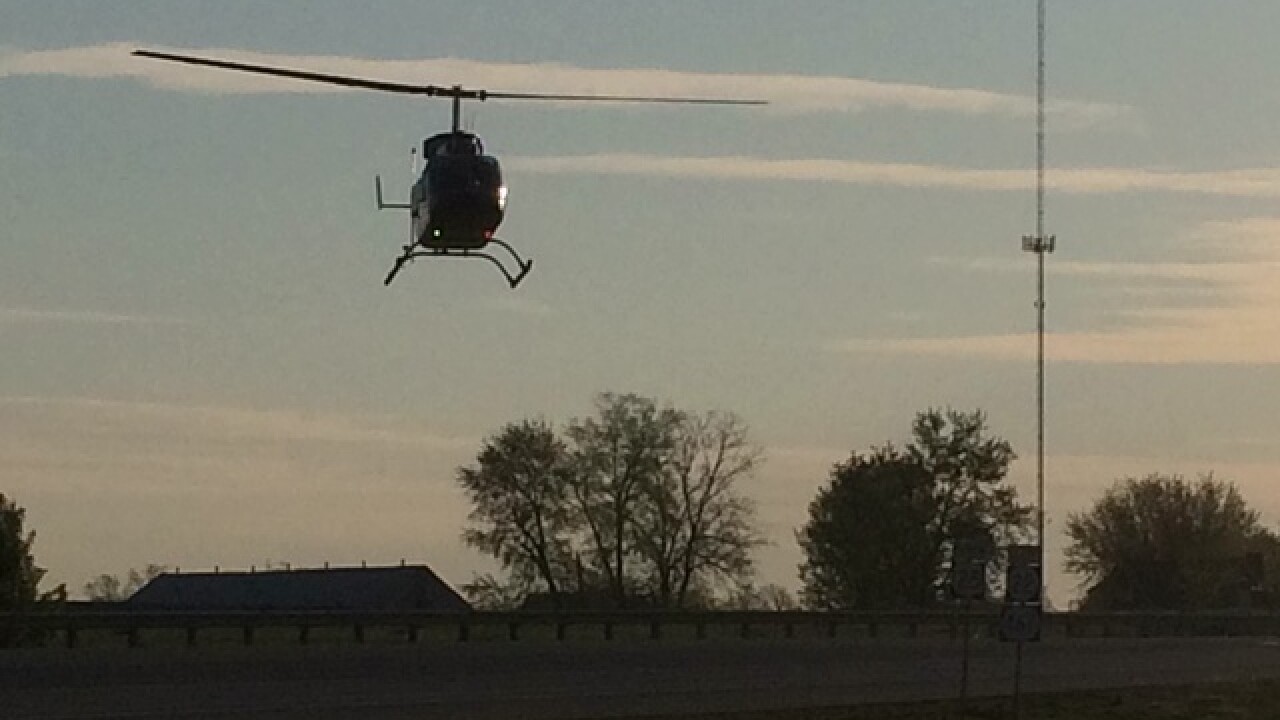 Tony Mirones | WCPO
<p>A helicopter flew a man to the hospital after a crash with a school bus Wednesday morning in Dry Ridge, Kentucky.</p> 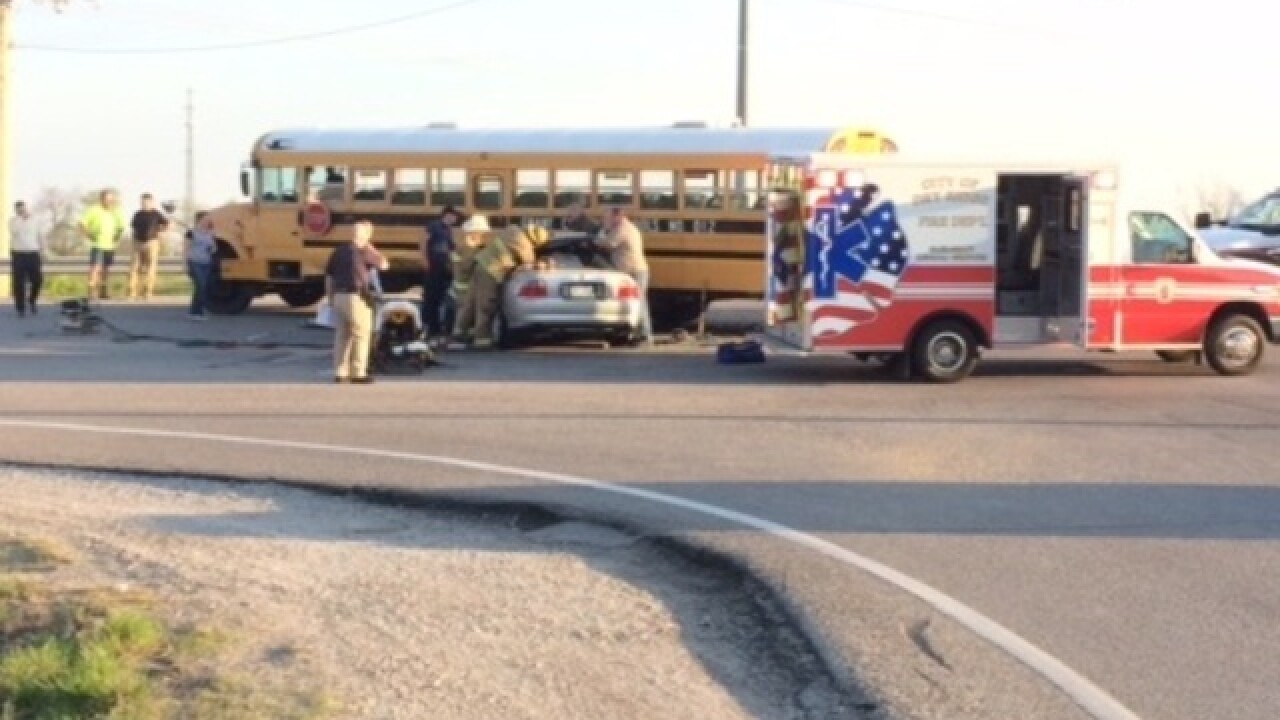 DRY RIDGE, Ky. -- A man was flown to the hospital after a collision with a school bus Wednesday morning on the Dry Ridge bypass.

See footage from the scene of the crash in the player below.

The man was heading east on the U.S. 25 bypass and either had a medical episode or couldn't see a traffic light because of the rising sun, officials surmised. His car collided with a school bus turning left onto the bypass from Scott Street just before 7:30 a.m.

No children on the bus were injured.

A man is flown to hospital after school bus accident. Everybody on the bus is okay. @WCPO pic.twitter.com/vQUzm0lZf9

The road remained closed as police investigate the incident.