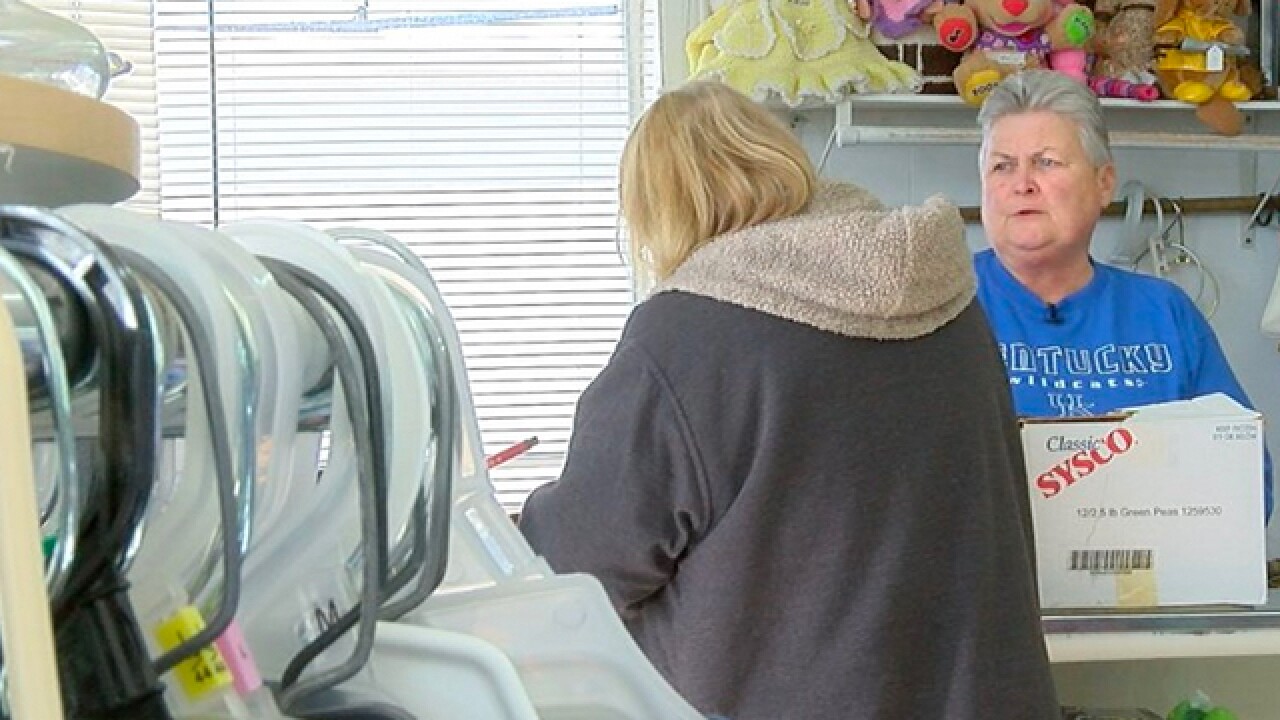 WILLIAMSTOWN, Ky. -- The Helping Hands thrift shop makes clothes and other items available at an affordable price for those who need them.

Money made by the store goes toward food for hungry people in Grant County, according to Tandy Taylor, the co-manager at Helping Hands. They hold a food pantry on Tuesdays and Thursdays.

"I know the number of people going over to get food has increased," Taylor said.

The store runs on donations. Taylor said they've been a blessing.

They've been receiving so many donations, that some of them have been piling up in the back of the store. But now they're going to be able to expand in a former laundromat.

"They asked us if we were willing to take on the new part. We were bursting at the seams in our store. We jumped at the chance," Taylor said. "We're not expanding over. It's a work in progress."

While the number of donations has prompted the expansion, they said they're still hoping for more donations of winter accessories.

All the workers lending a hand are volunteers. One of them, Brenda Fedak, has earned the nickname "the tornado."

"I come in and do the things I need to do ... They let me come in on the hours, anytime during the day. It's been a blessing," she said. "I can come in and work two hours, and leave."

Fedak said it's like she added a family to her life.

"Everybody that works here works as a team," she said.

Taylor said she knows the volunteers are making a difference in their community.

"It's nice to be able to have a place that's there to help somebody when they need it," she said. "That's what we're here for."