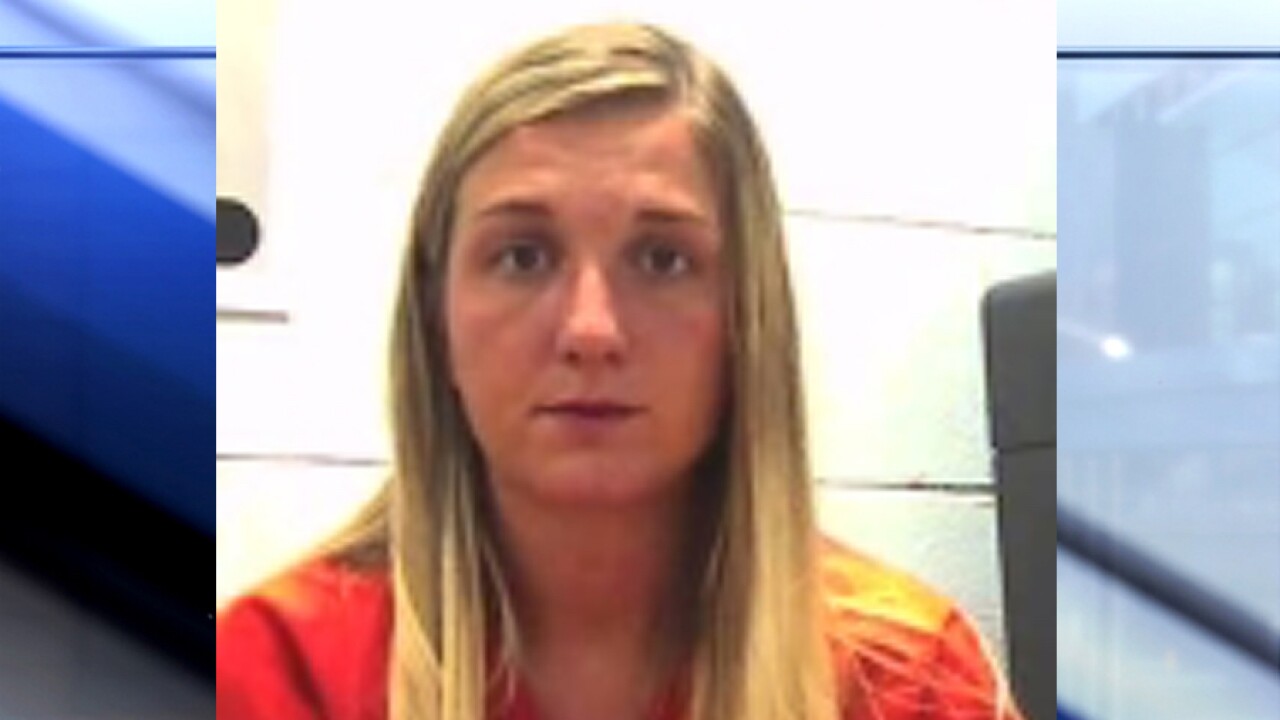 WILLIAMSTOWN, Ky. -- A Grant County High School teacher has been charged with four counts of rape and four counts of sodomy involving a 15-year-old male student, according to court documents.

Kendall Burk, 23, was a second-year science teacher until she was "removed from duties" as a result of the charges.

Police said Burk admitted having sex with the student on four occasions during summer break. Two incidents occurred at her home and two in her car, according to court documents. The last occurred on July 3.

Burk was released from the Grant County Detention Center on $25,000 bond and was placed on house arrest. WCPO went to her home in Dry Ridge but no one answered the front door. Neighbors did not want to talk on camera but said they were in disbelief.

In a letter to parents, Grant County Schools Superintendent Matthew Morgan said the administration received notice of allegations of inappropriate conduct between a teacher and a student on Wednesday.

"The district followed proper protocol for a preliminary investigation and notified the School Resource Officer (SRO); the Grant County Sheriff’s Office subsequently followed with their investigation. The teacher has been removed from duties," Morgan's letter said.

"All remaining proceedings involving this incident will be handled outside the school arena.

"While these events, of course, sadden us, our first priority –and that of the law enforcement with whom we work – is and must always be the protection and safety of our students. We express our appreciation to those who worked with us to this end."

As a condition of her release, Burk is not allowed to have contact with the alleged victim or any minors.

WCPO is working to find out when she has her next court appearance.