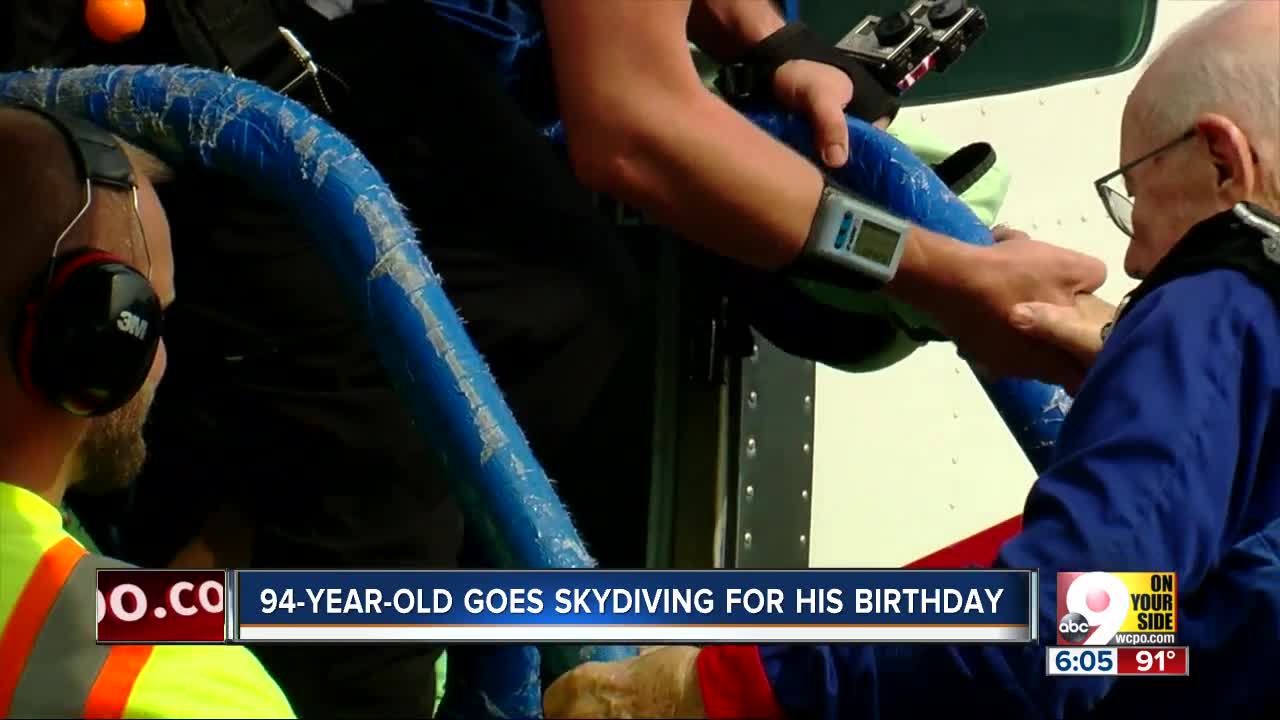 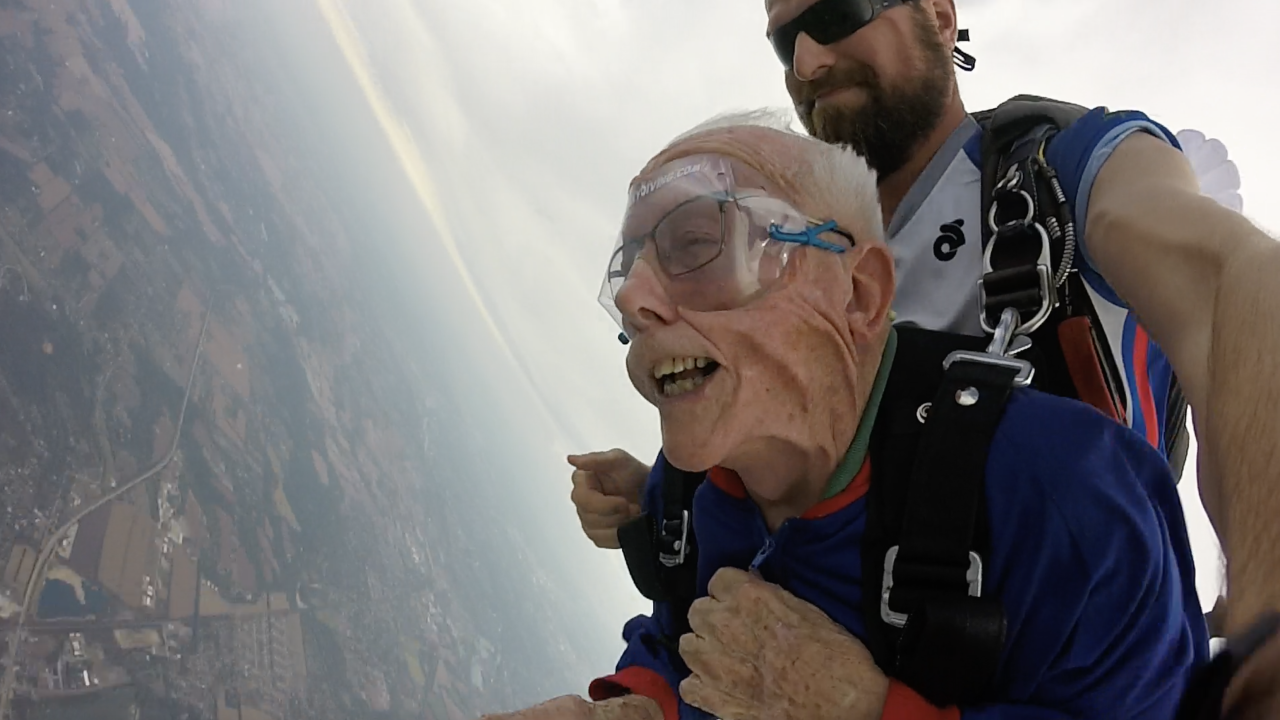 MIDDLETOWN, Ohio — On Sunday morning, 94-year-old Paul Grimme traveled up to Middletown with a singular goal in mind.

It's something the Northern Kentucky native planned to do for a long time, though not without some setbacks.

His granddaughter Tara Kleier surprised him with skydiving tickets earlier this year, but bad weather, a fall and a bout of appendicitis kept Grimme on the ground.

None of that could stop him from pursuing his dream. He pointed to one of his longtime idols, former President George H.W. Bush, who also took a turn skydiving in his 90's.

“I gave it to him for his birthday in April,” Kleier said. “We’ve been trying since then to do this… but today’s the day!” Kleier said.

She’s not the only one excited for her grandfather.

“I got clearance from all the doctors and nurses,” Grimme said. “They’re all looking forward to this. They want me to keep them updated on what’s going to happen."

Sunday’s flight date was especially poignant for Grimme, as Saturday would have been his 75th wedding anniversary with his wife, who passed away in January. The pair wed when they were 19, and together they raised seven kids and had 17 grandkids, 23 great-grandkids and two great-great grandkids.

“She also was an idol of my life,” Grimme said. “One of the ladies at the gym that I go to even mentioned ‘your wife will be better when you jump. But one thing about it -- she won’t need a parachute. She’ll be alongside you.’”

Just before noon on Sunday, with his children and grandchildren watching, it was time for Grimme to board the plane at Start Skydiving. Wearing a wide smile and a blue flight suit, he said he had no fear.

In the sunny, blue Middletown sky, Grimme dropped hundreds of feet in a matter of seconds, parachuting safely to the ground with an instructor. The “tremendous” wind whipped around him as he took in the views.

“I just couldn’t get over the scenery. That’s what I saw when I looked down,” he said. But that wasn’t all he was thinking about as he soared high above the Earth.

After the jump, skydiver Matt Harvey said Grimme was a natural.

Grimme said he would be up to go skydiving again, just “not today,” he said with a chuckle.