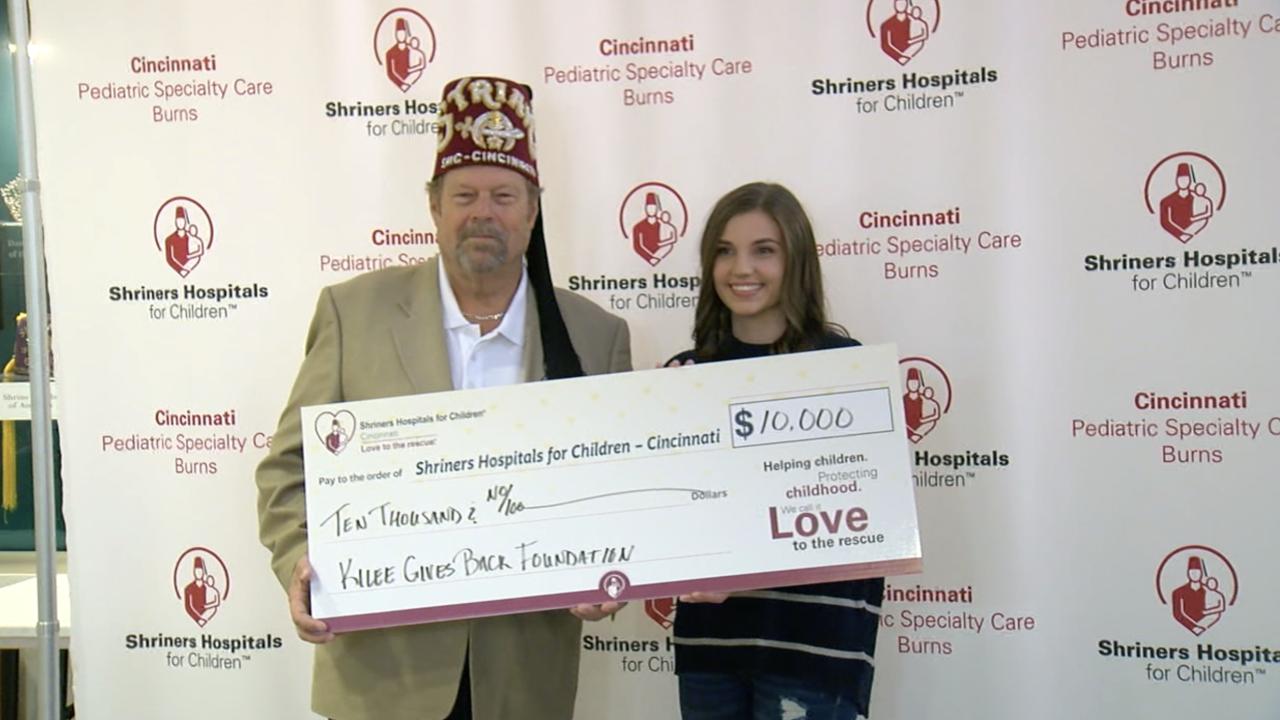 CINCINNATI — Five years ago, Kilee Brookbank was nearly killed when her family's home exploded. Since then, she has worked to raise hundreds of thousands of dollars in support of the Cincinnati Shriners Hospital for Children that she said saved her life.

She's been raising money for the organization since she was released, and Sunday marked a special milestone in her efforts to repay the doctors and staff who helped her get back on her feet.

"Five years ago today, I was in a house explosion," said Brookbank at a check presentation ceremony Sunday. "I was in my house and I smelled a funny smell, and I wanted to mask it so I lit a candle and everything exploded."

Brookbank said she doesn't remember a lot of her four-week stay at Shriners while she recovered after the explosion, but she does remember about two weeks' worth of "incredible care."

She handed the hospital a $10,000 check on Sunday, bringing the total amount donated by Brookbank and the foundation she started, the Kilee Gives Back Foundation, to $300,000 in the five years since she was released from their care.

Brookbank suffered second- and third-degree burns over much of her body, and said her journey to recovery was directly impacted by the care she received while at Shriners. She's since written a book with her mother about her experience.

Gorbandt pointed out that, as a philanthropic hospital, Shriners relies heavily on donations from people like Brookbank to continue to operate and help others.

"I think when you get funds from a family who's been treated here, it's just kind of an endorsement on what you do day in and day out," said Gorbandt. "That they trust what we're doing."