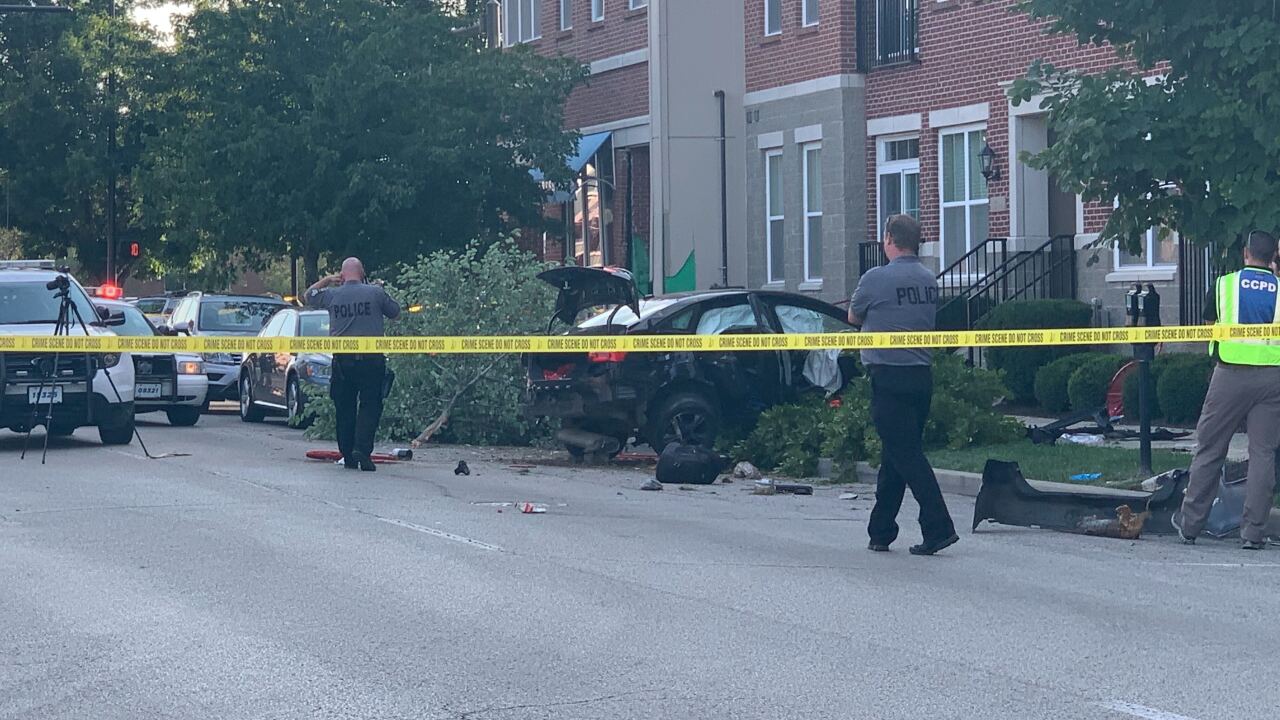 Copyright 2020 Scripps Media, Inc. All rights reserved. This material may not be published, broadcast, rewritten, or redistributed.
Jake Ryle
Two people have died and two others have been hospitalized in Newport after they were struck by suspects in a vehicle fleeing Cincinnati police Friday evening. This vehicle on Fifth Street in Newport was involved in the crash on Aug. 7, 2020.

Twenty-eight-year-old Mason Meyer, 28, and 22-year-old Kirsten Johnson of Cincinnati have been federally charged with possessing with intent to distribute methamphetamine and possessing firearms in furtherance of a drug trafficking crime.

Meyer, a convicted felon, has also been charged with illegally possessing a firearm. In Campbell County, he stands charged with two counts of murder, endangerment, and fleeing and evading.

Officials with the Bureau of Alcohol, Tobacco and Firearms in conjunction with Cincinnati Police and the Northern Kentucky Drug Strike Force were conducting surveillance on Meyer in Cincinnati on Aug. 7 when Meyer drove away, according to court documents.

That led to the deadly pursuit as Cincinnati Police officers chased a fleeing Meyer through Lower Price Hill and Downtown Cincinnati over the Roebling Bridge into Covington and Newport.

The pursuit ended in a crash that killed 81-year-old Raymond Laible and his wife, 80-year-old Gayle Laible, both of whom had been sitting outside Press on Monmouth cafe when Meyer’s vehicle veered off the road and struck them. Two other bystanders suffered minor injuries in the wreck.

The federal indictment alleged Meyer and Johnson possessed 50 grams or more of meth, two loaded handguns and a loaded rifle at the time of the crash.