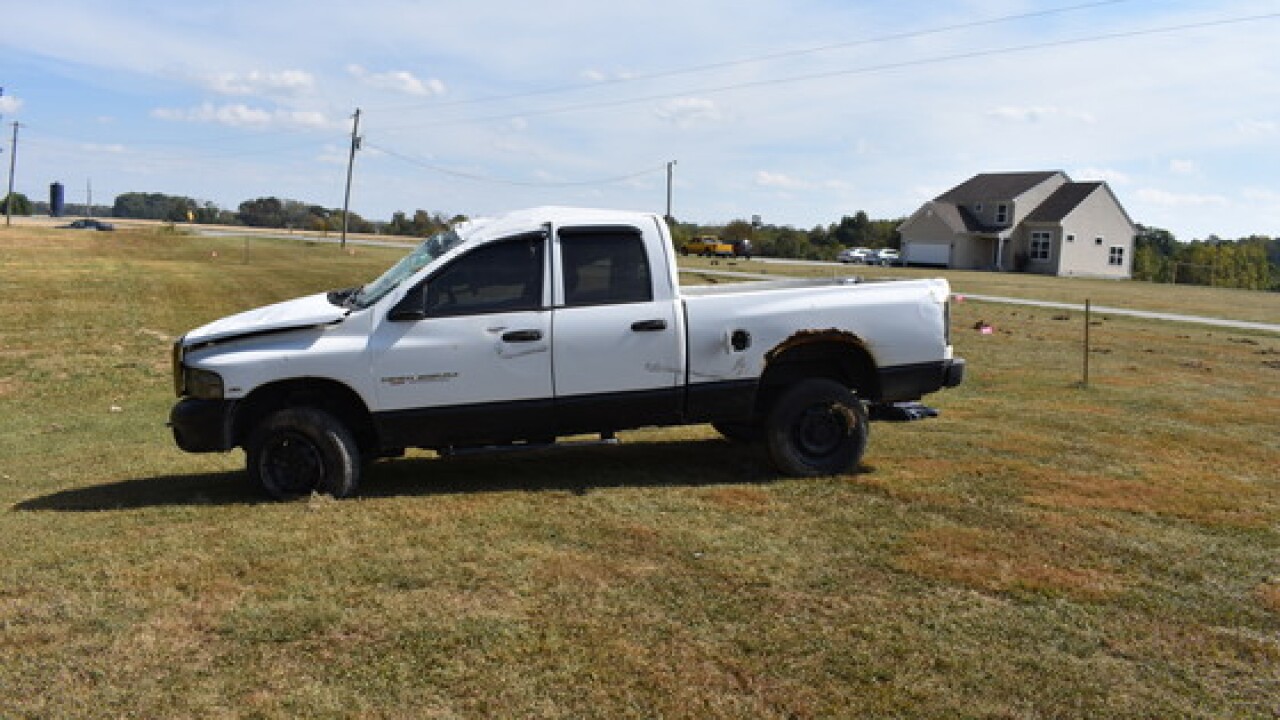 BATESVILLE, Ind. — At 11:45 a.m. Saturday, 17-year-old Kaleb Norton, from Batesville, was killed in a crash on Legion Rd. in east Ripley County, according to Indiana State Police.

Police said Norton was a passenger in a white Dodge Ram, driven by another teen, when the truck went off the road and overturned. Norton was ejected from the truck and pronounced dead at the scene of the crash, officials said in a press release.

The truck was traveling west on Legion Road near Batesville, when "for an unknown reason, the vehicle left the south side of the road," the press release stated. The driver then over-corrected and the truck went off the opposite side of the road before overturning, police said.

The driver of the vehicle was also injured, but the injuries are non-life-threatening, according to police.