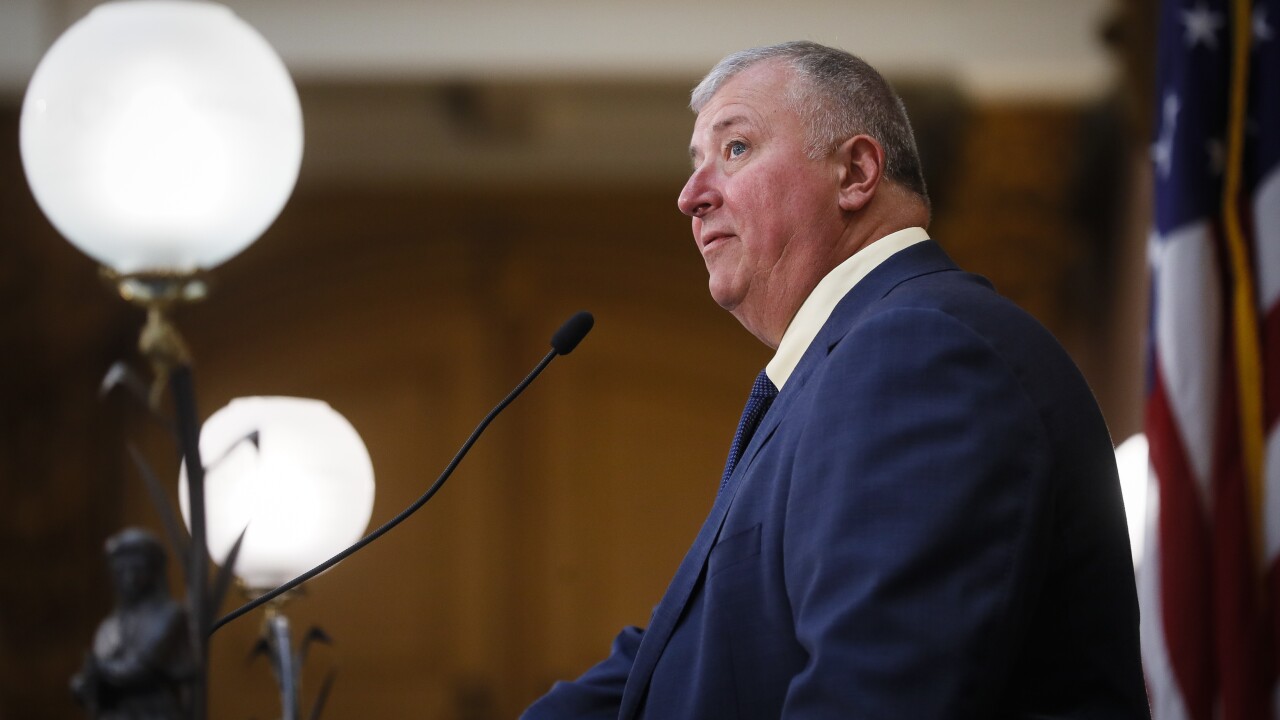 (Copyright 2020 The Associated Press. All rights reserved. This material may not be published, broadcast, rewritten or redistributed.)
John Minchillo/AP
Ohio State Representative Larry Householder (R), of District 72, stands at the head of a legislative session as Speaker of the House, Wednesday, Oct. 30, 2019, in Columbus. (AP Photo/John Minchillo)

Householder is the last of five men to be arraigned in what U.S. Attorney David DeVillers called the biggest public bribery scheme in Ohio history.

Householder hired two new attorneys — Mark Marein and Steven Bradley — to represent him. His previous legal counsel withdrew from the case, citing a conflict of interest.

Householder's colleagues removed him as speaker on July 30, shortly after FBI agents arrested him and searched his property in Perry County. But House Republicans opted not to eject Householder from his state representative seat, saying the Ohio Constitution only allows removal once for the same conduct. Householder, a Republican, is running unopposed for re-election in November, though some challengers are trying to mount write-in campaigns.

House Bill 6 provided a $1.3 billion bailout for FirstEnergy Solutions, "decoupling" language that benefited FirstEnergy and subsidies for coal-fired power plants operated by Ohio Valley Electric Corp., in which Dayton Power & Light holds an ownership interest. It also stripped away energy efficiency programs and renewable energy standards that had been in Ohio law for a decade.

The Ohio Manufacturers Association, which opposed HB6, said the decoupling language included in the new law “may allow FirstEnergy to collect $355 million through 2024 — and hundreds of millions more in later years — from Ohio’s electric ratepayers, including manufacturers.”

The Ohio Environmental Council estimates that OVEC owners would receive $70 million a year in subsidies through 2030, including $8.9 million a year for DP&L, under HB6.

Federal prosecutors allege that $60 million in bribe money was funneled through dark money groups to benefit Householder and his enterprise and, in exchange, he pushed through HB6.

Lawmakers in the House and Senate are now debating plans to repeal and/or replace House Bill 6.

This week, Householder told reporters at the Ohio Statehouse that the bill is a good law that saves ratepayers money and preserves jobs.