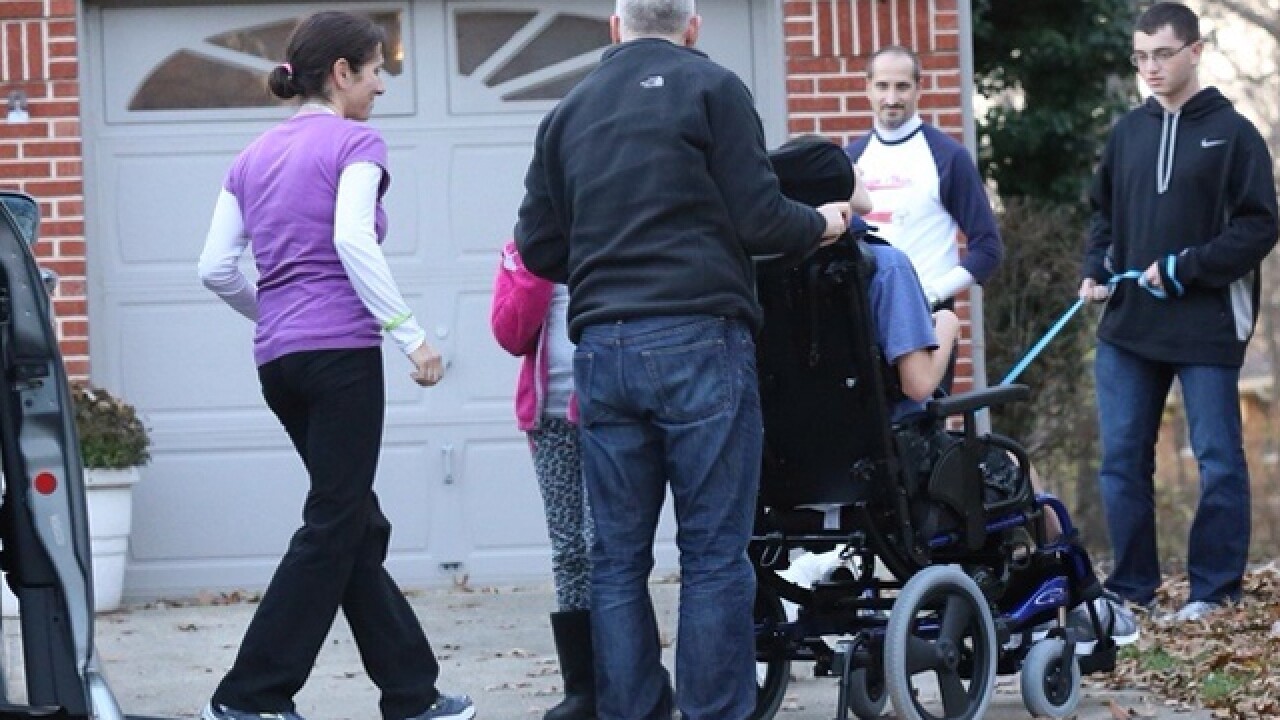 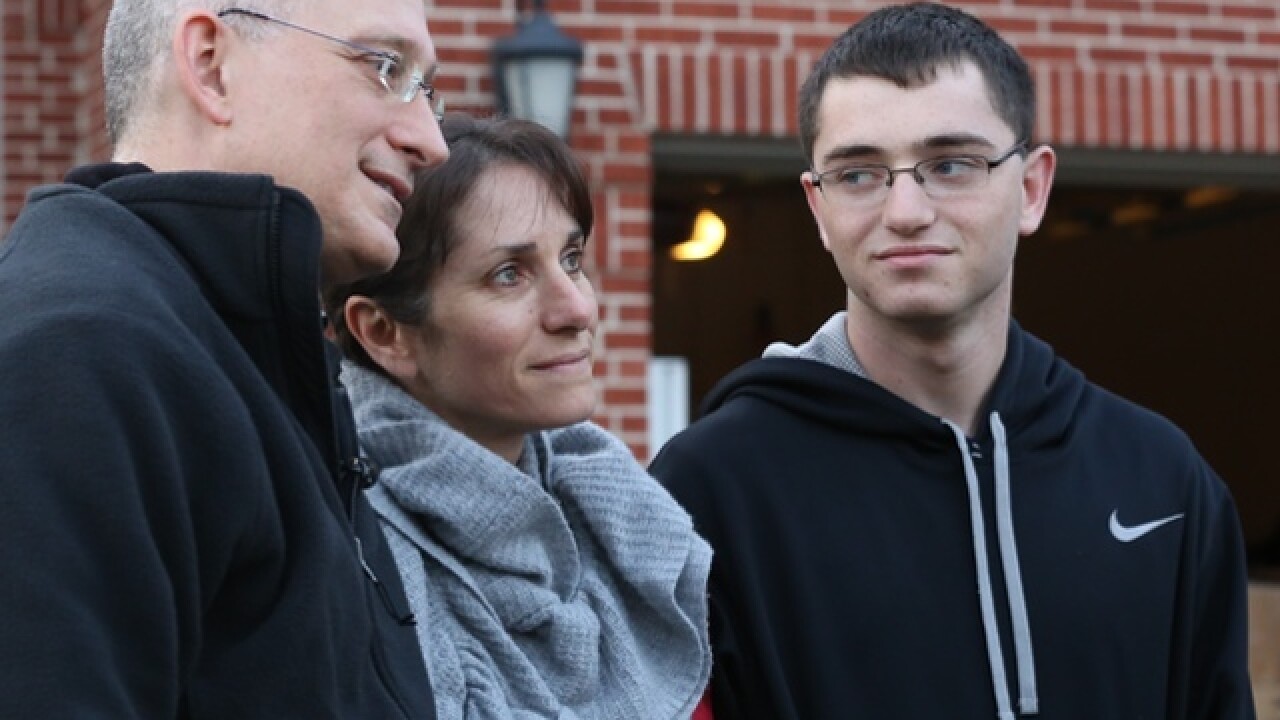 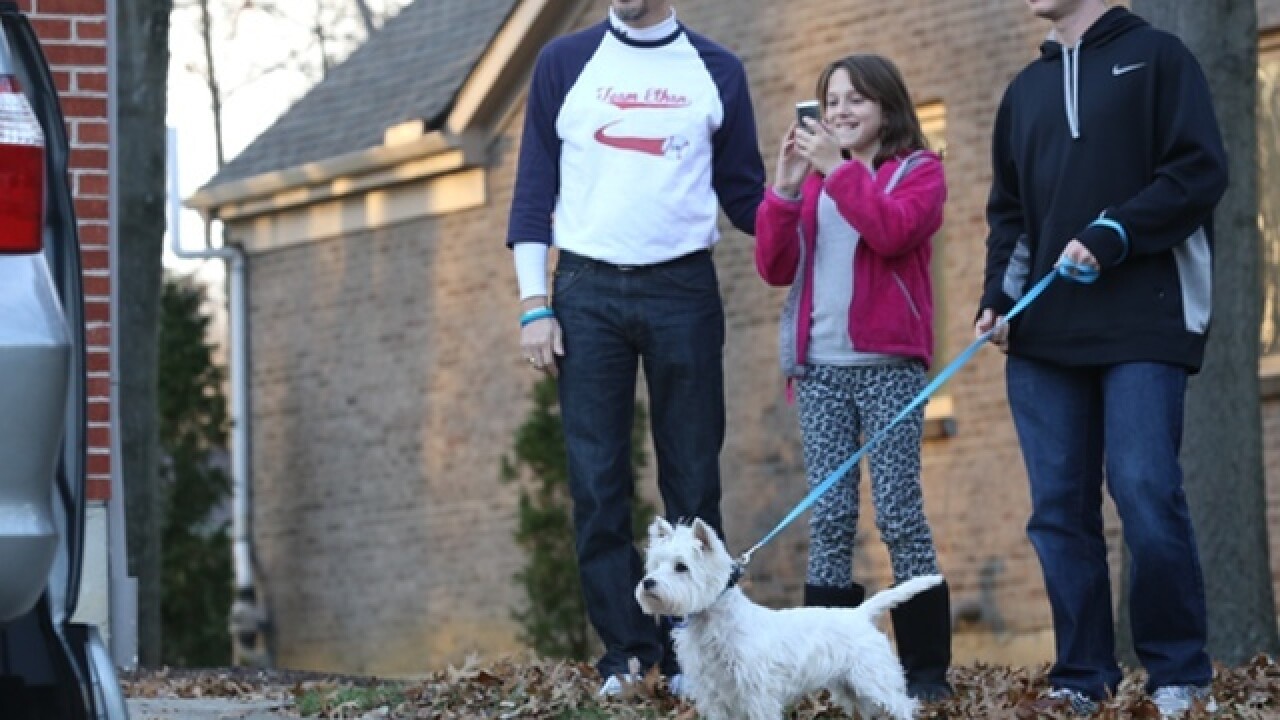 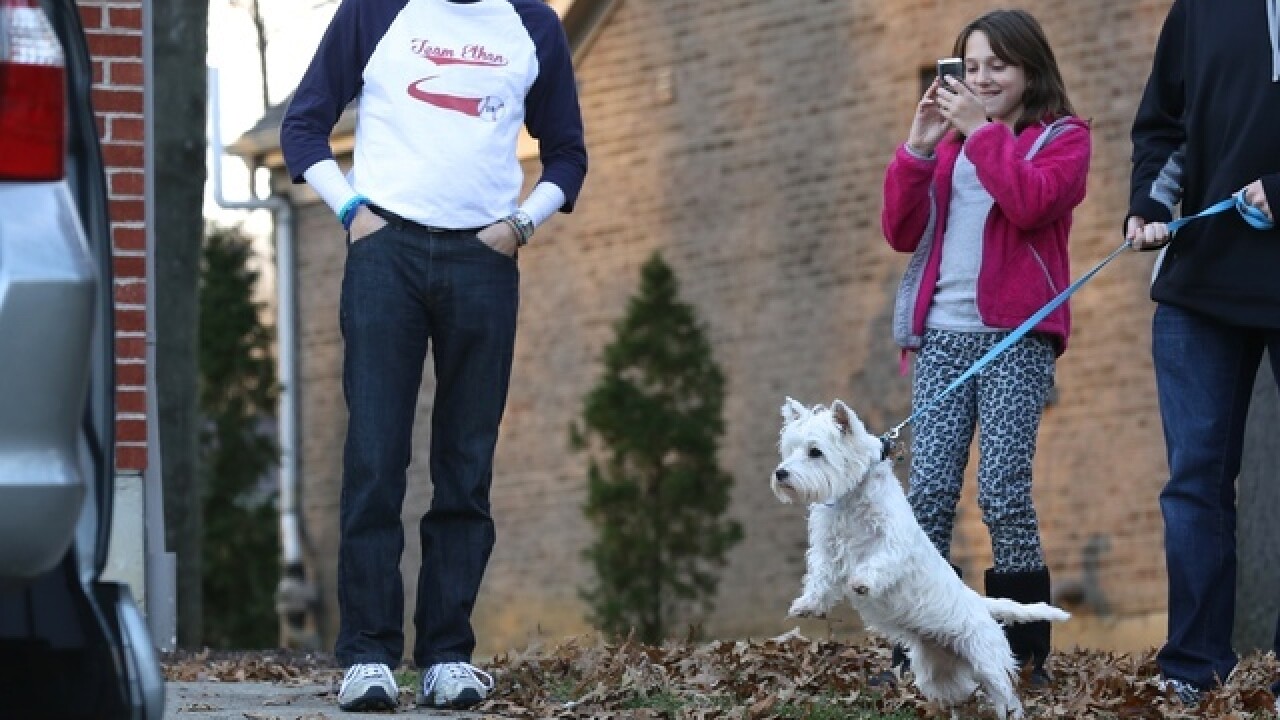 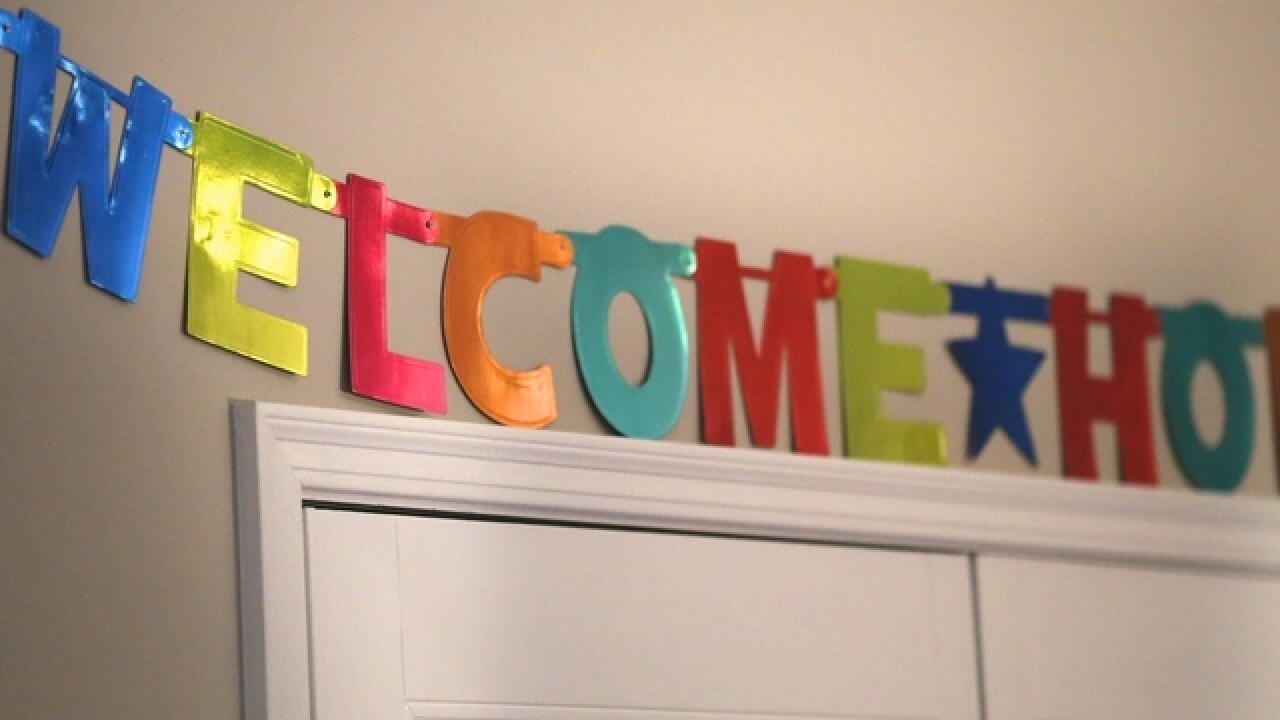 LOVELAND – After 145 days in the hospital, Ethan Kadish is finally home.

The 13-year-old Loveland boy had been hospitalized since he was struck by lightning June 29 while attending a Jewish summer camp near Indianapolis. He suffered a severe brain injury.

He was discharged from the Cincinnati Children’s Medical Center Rehabilitation Unit Wednesday after his doctors determined Ethan was strong enough to go home.

His homecoming was quiet and dignified. His family’s modified minivan pulled into the driveway with the Phillip Phillips’ song “Home” playing and eased to a stop. Ethan emerged in his wheelchair to be greeted by his uncle, Marc Kadish, his older brother, Zakary, his younger sister, Elyse, and their dog, Cincy.

“Thanksgiving has come eight days early,” Ethan's father, Scott Kadish, said after taking Ethan inside. “We are very thankful for Ethan’s spirit, strength and determination to work on his recovery the way he has.”

The Kadishes said they’re also grateful to the doctors and nurses at Cincinnati Children’s and the legions of friends and local volunteers who have helped their family.

Ethan’s story has touched the hearts of people around the Tri-State, throughout the Midwest and around the world. Roughly 400 local volunteers – known as Team Ethan – have spent nearly five months cooking meals, staying at the hospital and taking turns watching Cincy.

As big of a milestone as Ethan’s homecoming is, though, the Kadishes know he has a long journey of recovery ahead.

As 16-year-old Zakary put it: “Today was a big step, but we still can’t see the end of the staircase. So we’re just going to keep climbing.”

The Kadish family has established a website at www.jointeamethan.org and a Facebook page called Join Team Ethan to update friends, family and well wishers about Ethan. The family also is accepting donations to help with his ongoing care and medical needs that aren’t covered by insurance.

The next major local fundraiser is called Eighth Night for Ethan. The community Hanukkah celebration will be held from 7 p.m. to 8:30 p.m. Dec. 4 at Rockwern Academy and will feature musician Dan Nichols.

For now, though, the Kadishes are celebrating Ethan’s progress and the fact that he’s home.

Over these past five months, Ethan has gone from having to breathe with the help of a respirator to breathing on his own, his father said.

He’s gone from the ICU to home.

“I’ve been looking forward to this for 145 days, and I am so happy that we’re all going to spend the night at home together,” Alexia Kadish said.

“We’re very happy to have him home,'' she said, "and have all our kids under one roof.”

For more information about Team Ethan and Eighth Night for Ethan, go to www.jointeamethan.org .