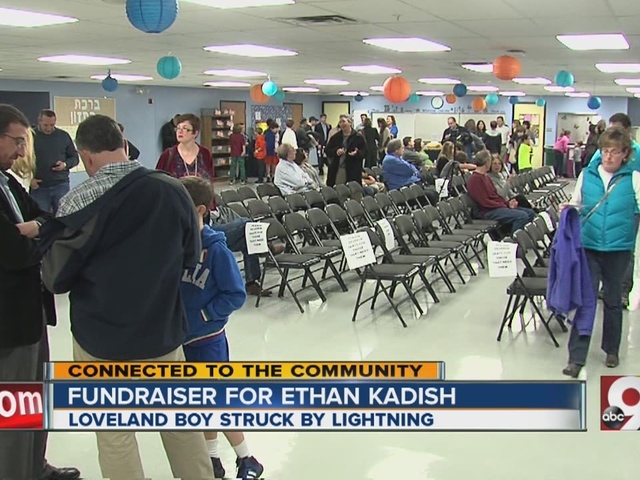 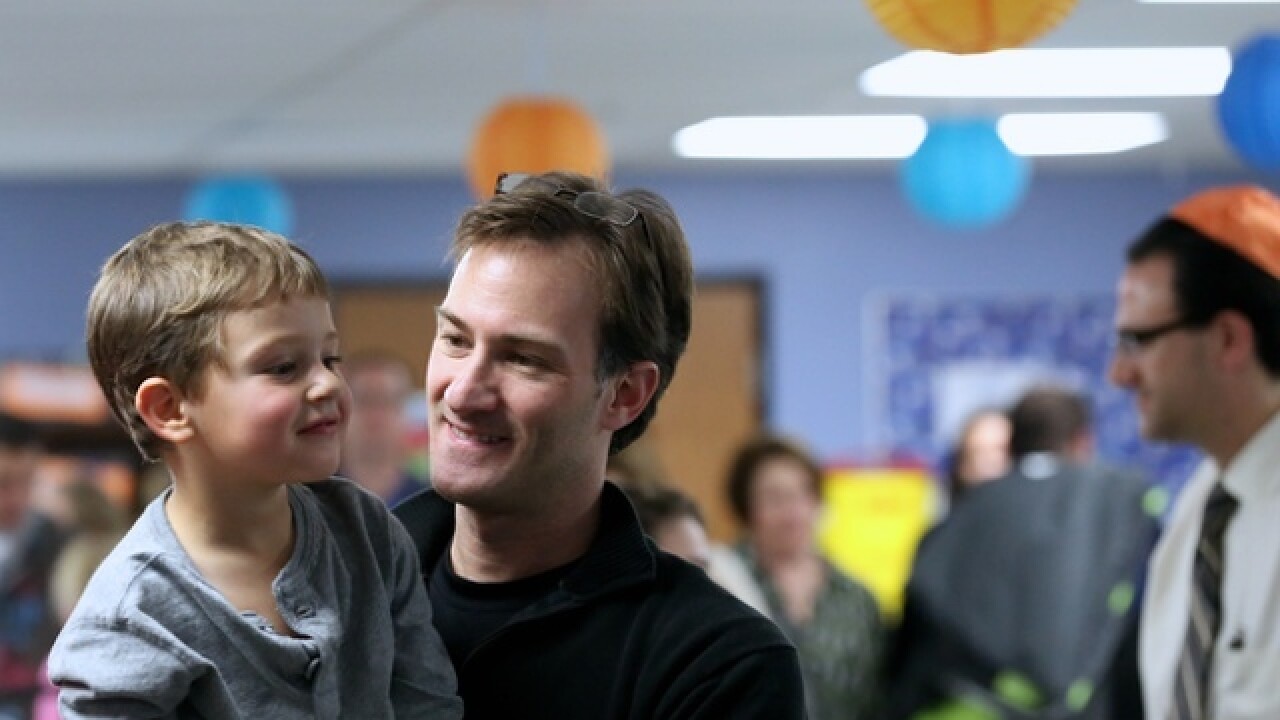 LOVELAND, Ohio -- Ethan Kadish was away at a Jewish summer camp in Indianapolis when he was struck by lightning June 29, causing the start of a very costly path of medical care.

Ever since his injury, hundreds of people across the Tri-State and around the world have rallied around Ethan and his family, offering emotional and financial support as the 13-year-old Loveland boy fights to recover.

The latest show of support came Wednesday night in the form of "Eighth Night for Ethan," a fundraiser tied to the final night of Hanukkah. Ethan and his parents, Scott and Alexia Kadish, couldn't be there. Ethan was undergoing emergency surgery during the event, and his parents were at Cincinnati Children's Hospital Medical Center with him. The Kadish family was represented by 16-year-old Zakary Kadish and 10-year-old Elyse Kadish, Ethan's brother and sister.

Natasha Williams went to Rockwern Academy, where the "Eighth Night for Ethan" fundraiser took place. People started to arrive as the doors opened, and a crowd filled the school's cafeteria by the time Jewish musician Dan Nichols performed starting around 7:30 p.m.

Ethan's family was grateful for all the support they received at the event.

At 11:45 p.m. Wednesday night, Ethan's parents posted an update on their web page, jointeamethan.org , saying their son was recovering from the surgery. They wrote that Ethan will recover in the pediatric ICU for many days and remain in the hospital for several weeks as he fights an infection and works to avoid any new ones.

"Unfortunately, we have been here before and know that these next few days and weeks are again critical ones in Ethan's journey toward recovery," the Kadishes wrote. "We take strength from your positive thoughts and prayers – keep them coming. Ethan continues to show us that he is a fighter."