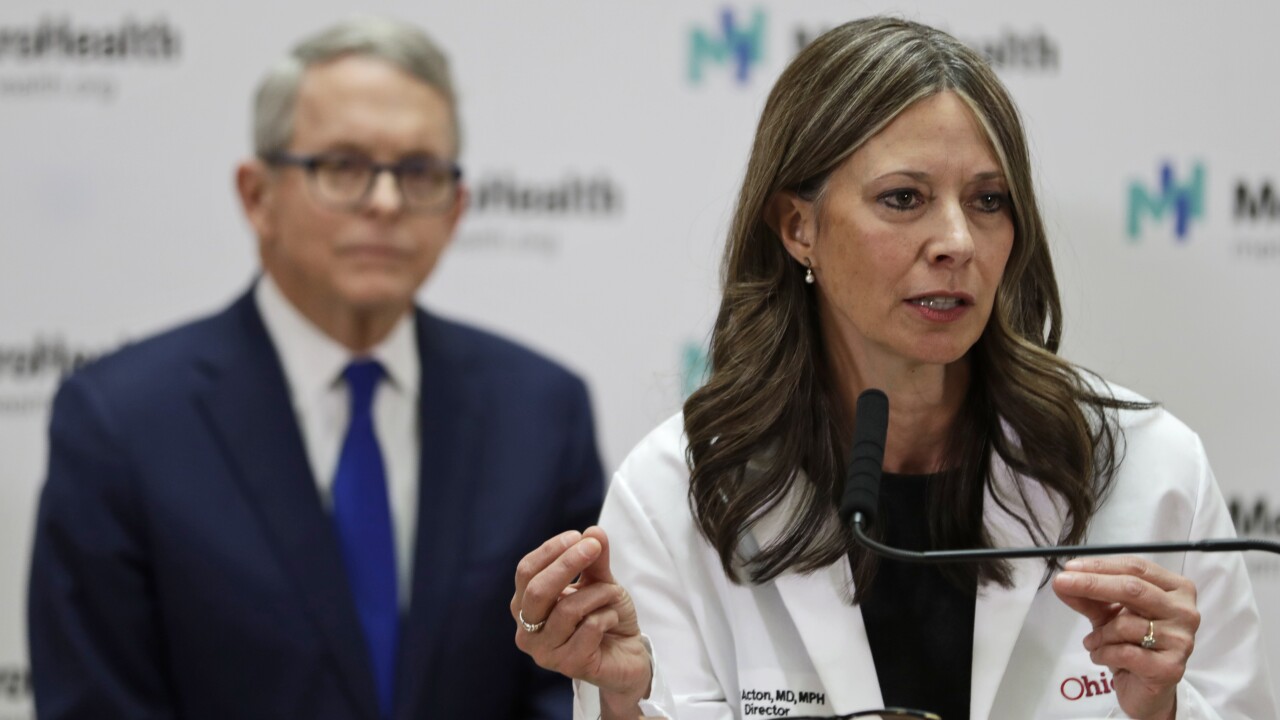 CINCINNATI — Organizers of the Bellwether Music Festival and Country Fest, two Ohio music festivals scheduled for August, are suing Dr. Amy Acton and two county health departments for enacting and enforcing the statewide ban on concerts during the COVID-19 pandemic.

The federal lawsuit, which was filed Thursday in the Southern District of Ohio, claims that Acton is violating the organizers' First Amendment rights by not allowing the music festivals to take place.

The lawsuit claims the festivals aren’t unlike the mass protests against police brutality that have been allowed to occur in many Ohio cities, and it's unfair to allow one while banning the other.

The suit also claims that Dr. Acton has acted in an “unknown, arbitrary and ad hoc” nature, and therefore the Bellwether concert organizers do not know if the festival can go on as planned. They said they are rapidly approaching a “go-no-go” deadline to decide if it should be canceled, and they risk losing hundreds of thousands of dollars in booking fees if the event is not allowed to continue.

The plaintiffs want the court to rule to invalidate Acton’s May 29 order restricting parades, fairs, festivals and carnivals. The suit asks that Acton, the Warren County Health District and the Stark County Combined General Health District not impede or threaten vendors of the festivals with legal action.

They also want all legal fees covered, along with damages that they claim restrictions on festivals have already caused.

In addition to the festival organizers, one of the plaintiffs in the suit is would-be concert goer Mark Miller. In the suit, Miller claims that not being able to attend the festival violates his First Amendment rights.

The lawsuit also claims that the COVID-19 predictions made by Acton and Ohio Governor Mike DeWine and the basis by which Acton issued the various “Stay at Home” orders were inaccurate. The suit said the coronavirus pandemic in Ohio is not as bad as officials said it would be and their predictions of exponential increases in the number of diagnoses did not materialize.

"At no time during the past three months has (a) hospital or medical provider, in the State of Ohio or elsewhere in the United States, been unable to have a ventilator or other medical equipment when needed to treat a person infected with COVID-19,” the lawsuit reads. “And the baseless and ad hoc nature by which the decrees of Amy Acton and the restrictions on constitutional rights effectuated therein can be seen further in other pronouncement and actions of Amy Acton and/or Governor DeWine.”

Acton has addressed this argument herself in news conferences with the governor, noting that successful pandemic responses can seem overblown in hindsight when the worst-case scenario fails to materialize. She and other health care experts have argued that a less-deadly-than-anticipated outbreak happens because of interventions such as social distancing and bans on mass gatherings, not in spite of them.

DeWine has voiced the same opinions, notably when asked to comment on a state bill that would substantially limit Acton's power.