'Lights for Liberty' vigil outside Portman's office among hundreds worldwide 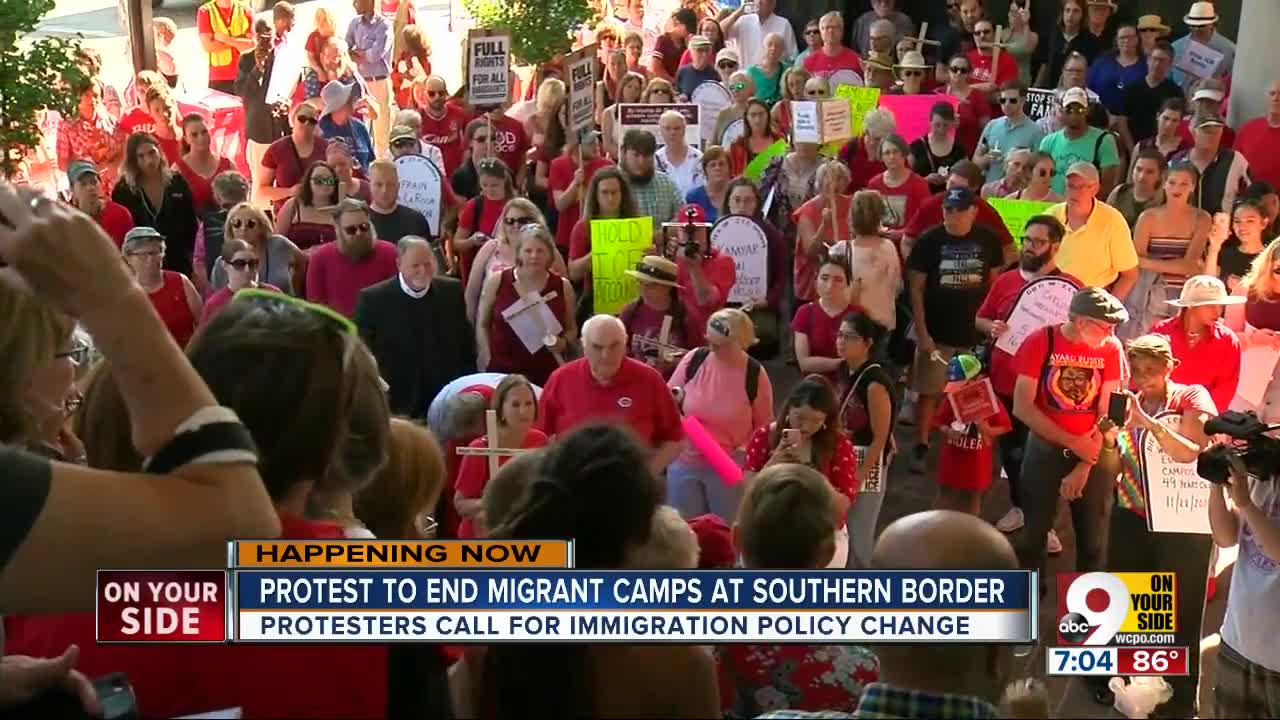 Lisa Gregg and others gathered outside Sen. Rob Portman’s downtown office Friday to protest “inhumane conditions” in migrant detention centers along the southern border on the same day Portman was visiting those facilities. 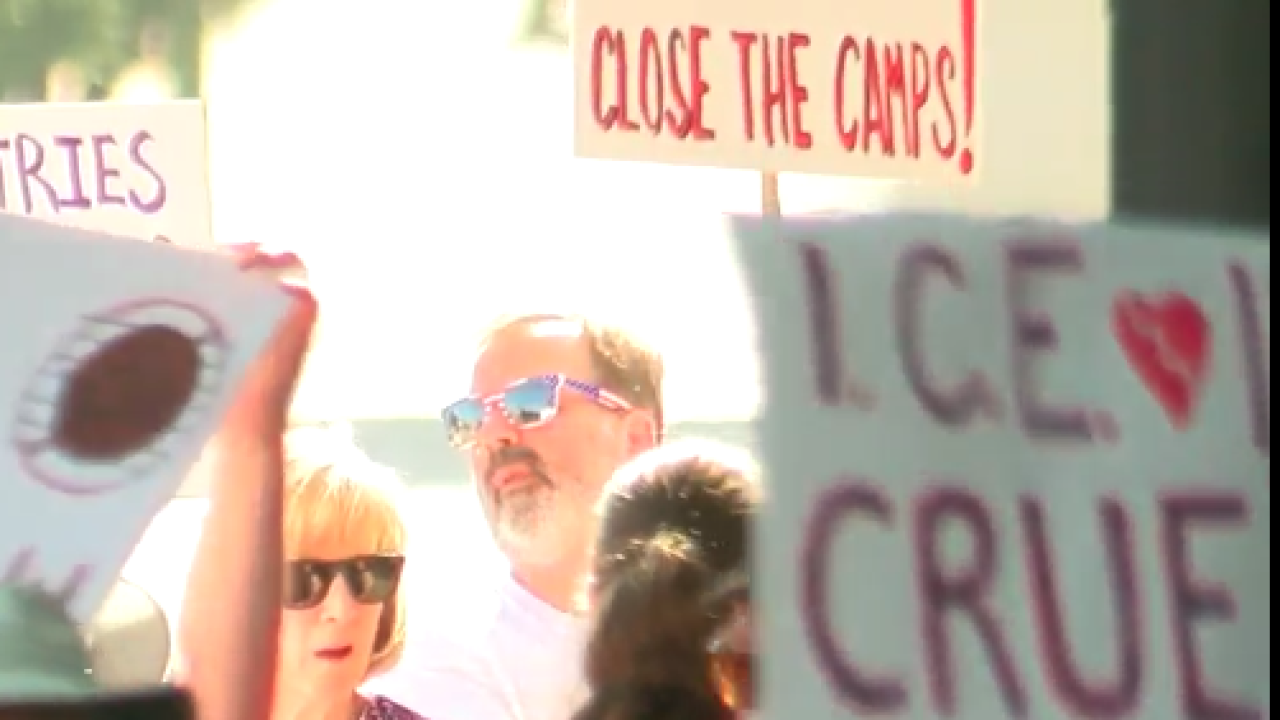 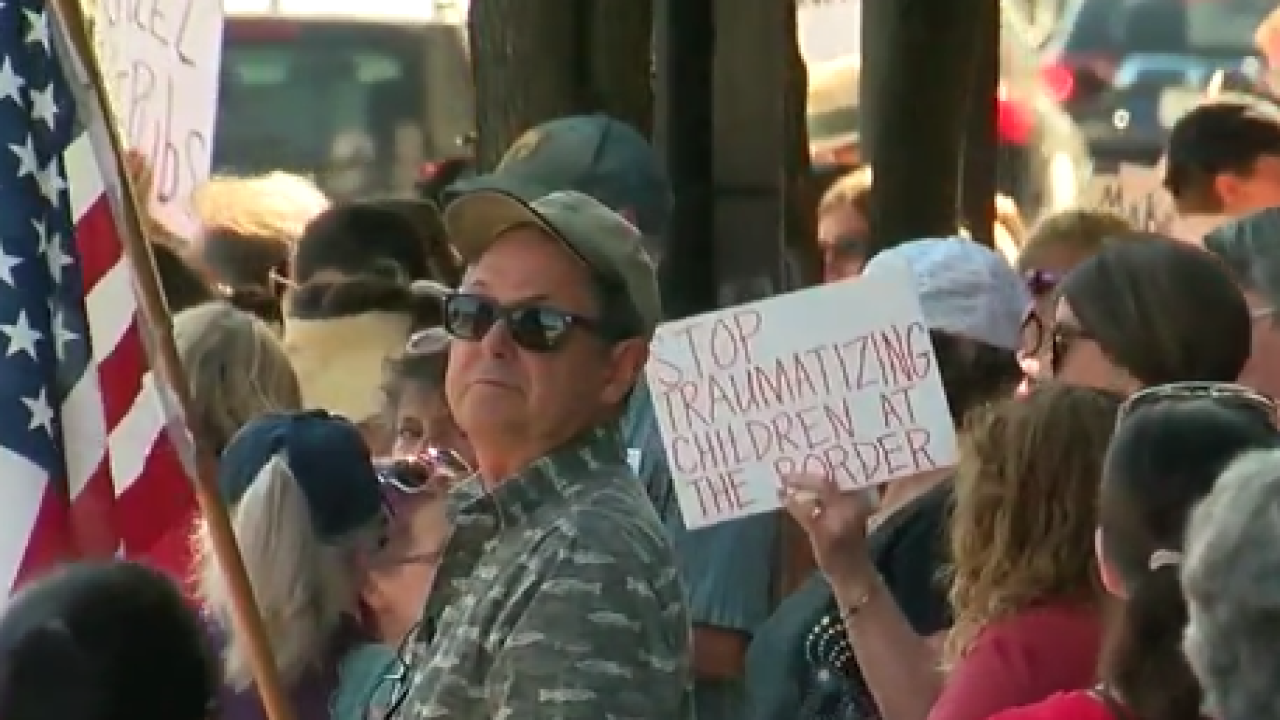 Lisa Gregg and others gathered outside Sen. Rob Portman’s downtown office Friday to protest “inhumane conditions” in migrant detention centers along the southern border on the same day Portman was visiting those facilities.

“The whole thing just disgusts me," said Gregg, a member of United We Stand Cincinnati. “And I had to do something about it.

While an international movement called “Lights for Liberty” held hundreds of similar, concurrent demonstrations to shine a light on conditions at those detention centers, Gregg said she despairs at “hearing about the kids dying, the kids not having toothbrushes, personal hygiene … separating kids from families.”

It is clear we have a crisis on our southern border – a drug crisis, an immigration crisis, & a humanitarian crisis. I’m visiting the border today to see firsthand some of the processing facilities & to talk to asylum seekers & law enforcement & other officials on the ground.

The massive number of border crossings, particularly by families & unaccompanied children, are overwhelming our Border Patrol agents and facilities, but we must treat people humanely.

I advocated for the additional $4.6 billion in federal funding for humanitarian assistance at the southern border that #Congress finally approved in June. https://t.co/0cA4DNIuGj

“I’d love if he would stand with us and be allies with the immigrants,” Gregg, who organized Friday's Cincinnati protest, said of Portman. “Hopefully, he’ll listen to his constituents because so far he has not done a thing.”

For the protesters, it’s about more than just “humane” treatment. They want to see detention centers abolished.

“You do not need to keep them in a detention center,” she added.

The downtown protest arrived just two days ahead of scheduled raids by Immigration and Customs Enforcement, which will focus on undocumented immigrants across the country.