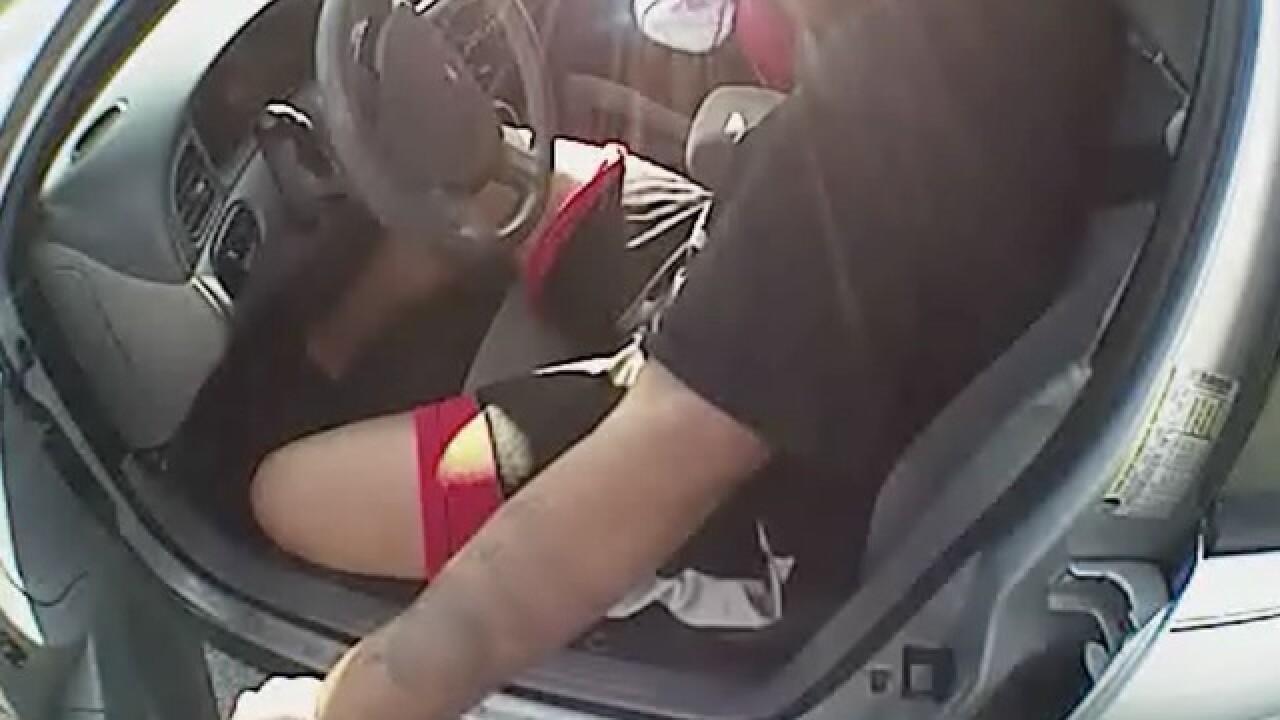 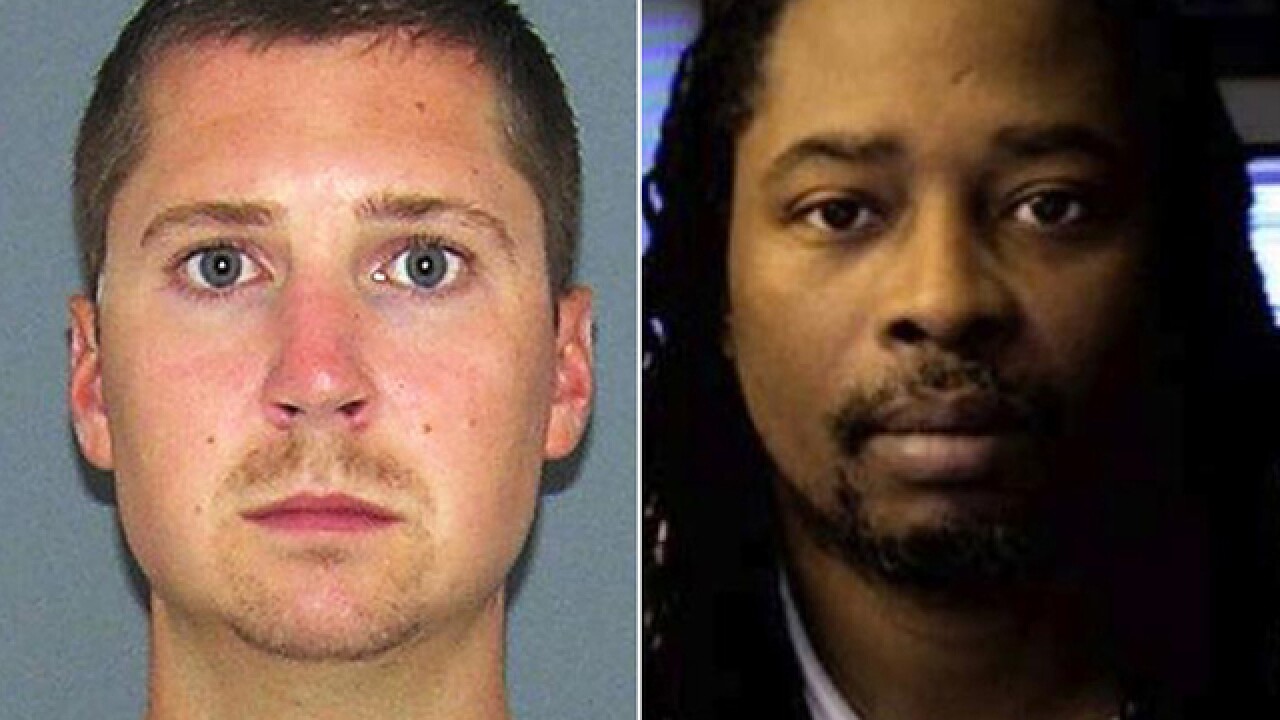 CINCINNATI – The fatal shooting of Sam DuBose by University of Cincinnati officer Ray Tensing was "not justified" and violated department policy, according to an independent investigative report released by the university Friday.

It also said Tensing was "not factually accurate" in his account of events during the off-campus traffic stop on July 19, rejecting his claim that he was dragged by DuBose's car, as a grand jury did.

The DuBose family's attorney disputed a significant finding in the report and suggested that Tensing - and other UC officers - have been guilty of racial profiling in making traffic stops. Tensing said he followed DuBose a mile off campus because his car did not have a front license plate.

"The whole notion that this was a good [traffic] stop, we have real problems with that because we do believe there is a discriminatory traffic stop policy in place," attorney Al Gerhardstein said.

Otherwise, the report echoed the criminal investigation that led to an indictment of murder and voluntary manslaughter against Tensing. The shooting "never should have occurred" and was "entirely preventable," the 65-page report says.

The report says Tensing, who is white, acted appropriately in stopping DuBose, who was black, but Tensing made "a critical error in judgment" and allowed the situation to escalate, resulting in the deadly shooting, Dr. Robin Engel, Vice President for Safety and Reform, said in reviewing the findings. Engel and other UC officials appeared at a news conference to discuss the report.

DuBose's brother Aubrey was there, too. He said he is still mourning his brother but he did not blame police in general, only Tensing.

WATCH the body-cam video of the shooting below (WARNING: This may be too graphic for some viewers. The shooting takes place at 1:55.)

"I'm sitting here without my brother and it didn't have to happen, it's just hard to put into words what I feel," he said.

When the subject of racial profiling came up, UC officials spoke to separate Tensing from the rest of UCPD.

"There was a distinct disproportion in the number of citations he wrote to African Americans as compared to his peer officers," Baker said.

James Whalen, just hired as Director of Public Safety last month and former Cincinnati Police assistant chief, said: "We have a professional police department that quite frankly needs to be picked up here. They've been the subject of an incredible amount of criticism because of the bad actions of one person."

"UC is committed to working with the community to rebuild the trust we lost," Engel said.

As recommended in the report, Engel said UC would move to build a more diverse work force, hold diversity training for officers in October and conduct a review of all aspects of the UCPD. She noted that UC had already created "an early warning system" to red-flag officers like Tensing.

Contacted after the report was released, Tensing's attorney, Stew Mathews, said he had "no comment at this time. And you can quote me on that."

The report said no UC officers attempted to cover up for Tensing. Two who were placed on paid administrative leave pending the investigation, Phillip Kidd and David Lindenschmidt, returned to duty Friday, Engel said.

UC said it retained Kroll Inc., a leading investigative firm, to review the shooting. Investigators repeatedly reviewed slow-motion body cam video from Tensing and other officers at the scene as well as frame-by-frame video stills, the report said. Twenty people - including 16 officers at the scene - were interviewed.

Here are some highlights from the report:

"Officer Tensing conducted a lawful and justified traffic stop ...  His actions were authorized by UCPD policy, state law and the Memorandum of Understanding" with the city.

"Rather than de-escalating the encounter and allowing DuBose to drive away and subsequently calling in a request for assistance, Tensing escalated the situation by improperly reaching into the car in an attempt to restrain DuBose.  This violated standard police practice."

"Tensing further escalated the encounter by drawing his service weapon within one to two seconds of the moment DuBose started the car. Both of DuBose's hands were visible to the officer and DuBose had not demonstrated any aggression or threatening behavior. UCPD policy permits an officer to draw his weapon only when 'necessary.'"

UCPD policy permits deadly force "to affect lawful objectives" and to protect the officer or others "from an immediate threat of death or grievous bodily harm" but "only the force reasonable and necessary under the circumstances should be used to affect an arrest or in self-defense."

"We have concluded that, based on all the evidence, Officer Tensing's use of deadly force on Sam DuBose violated UCPD policy."

TENSING WAS NOT DRAGGED
"As outlined in our findings of fact, there is no evidence that Officer Tensing was dragged by [Dubose's] Honda Accord or that his arm got caught in the 'steering wheel' or anywhere else inside the car…"
TENSING WAS NOT TRUTHFUL
"Based on our findings of fact and evaluation of the  body camera video footage, we find Officer Tensing was not factually accurate - and possibly not truthful - in his statements to the CPD on July 21, 2015 , in an apparent violation of UCPD Rules of Conduct, Section A.43(a)."
KIDD AND LINDENSCHMIDT STATEMENTS
"Officer Kidd made some initial statements on the scene of arguably questionable credibility … Nevertheless, his subsequent detailed statement to CPD and to Kroll reasonably clarified more precisely what he did and did not see in the first few seconds of when he arrived on the scene.

According to official statements, Tensing, 25, shot and killed DuBose, a 43-year-old musician and father,  during an afternoon traffic stop at Thill and Rice streets in Mount Auburn. The shocking video shows Tensing standing outside the driver's door with DuBose at the wheel. The two men talk calmly and politely for about one minute and 50 seconds. But in the next five seconds, the encounter turns deadly.

Tensing asks DuBose repeatedly to show his driver's license, but DuBose declines. DuBose finally says he doesn't have it with him and that he's going home. Tensing orders DuBose to take off his seat belt. The officer grabs the door handle and starts to open the door. DuBose closes the door with his left hand and uses his right hand to  turn the key to start the car.

Tensing yells, "Stop, stop," as his body cam shows him reach through the window and fire a single shot into DuBose's head at point-blank range.

Later, Tensing claimed DuBose's car was dragging him and he shot out of fear that he would be run over. But county prosecutor Joe Deters said the body cam video refutes that. Deters called it "murder" and said Tensing falls backward in the video due to the force of shooting DuBose.

Initially Kidd and Lindenschmidt backed Tensing's claim that he was being dragged in their body cam videos (Kidd also supported the claim in the UC police internal report). But Deters said they retracted their statements when they testified under oath to Cincinnati Police investigators and the grand jury. The grand jury cleared them of wrongdoing.

Tensing's attorney has asked to move the trial out of Hamilton County. The trial, which had been scheduled to start Nov. 16, has been postponed pending hearings. Tensing is free on $1 million bond.

UC fired Tensing after the shooting but he has appealed, saying UC violated process by not granting him a hearing.

The shooting led to a smattering of angry protests downtown but there was no rioting or violence. DuBose's family publicly pleaded that there be no violence, saying DuBose would have opposed it.

The shooting put a harsh light on UC police and campus police around the country. Deters said UC shouldn't be in the policing business and called for the university to disband its department. The Kroll report said its findings about the shooting are "not an indictment" of UCPD, but it recommended changes (See below).

After the shooting, UC President Santa Ono ordered his police to stop patrolling off campus, and city council suspended the Memorandum of Understanding that allowed UC police to do it. The two sides reached the agreement after a rash of armed robberies of UC students on the streets around campus last year.

The report called into question the huge increase in traffic stops by UCPD since 2013. As of July 31, there were already 2,028 this year - almost three times as many as in all of 2013 (713), the report said. In Kroll interviews, "some officers and supervisors expressed concern that increased focus on traffic enforcement has distracted from the UCPD's mission of crime prevention and protecting students," the report said.

Kroll said the flurry of traffic stops - and tickets - "does not appear to have been the result of any official policy or directive of the UCPD." Instead, it attributes that to the growth of the department - from 45 officers in 2012 to 75 - and to patrols off-campus, noting that those patrols "have substantially increased police visibility and been a contribuing factor to the steady reduction in crime in the area."

> Leave urban policing to Cincinnati Police. Kroll said UCPD lacks the experience and training necessary "to investigate serious crimes, engage diverse multi-ethnic communities and patrol areas of the city not affiliated with the university or its mission."

> Try to modify its agreement with the city and limit off-campus patrols to areas adjacent to the campus where students live or go.

> Require any officer involved in a shooting to submit to a toxicology test to prevent speculation that the officer acted under the influence.

> Have an extensive review of policies and procedures.

> Hold enhanced cultural diversity and competency training. "This is a critical need since UCPD is a predominantly white police force."

> Beef up training standards that reflect the Ohio attorney general's recommendations following the fatal shootings of John Crawford III at the Beavercreek Walmart and 12-year-old Tamir Rice in a Cleveland park.

> Create a training model that addresses traffic stop safety and emphasizes the inherent dangers when an officer reaches inside an occupied vehicle.