'Mav' is more to NKU baseball than just a batboy 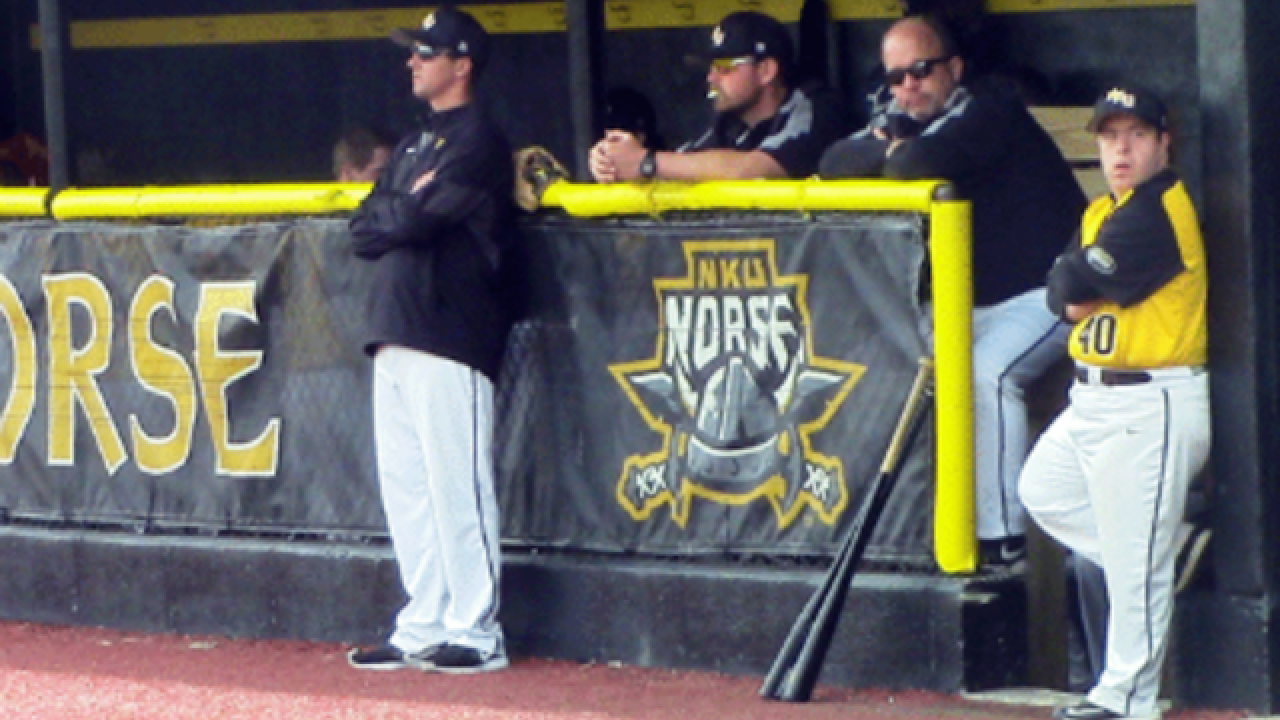 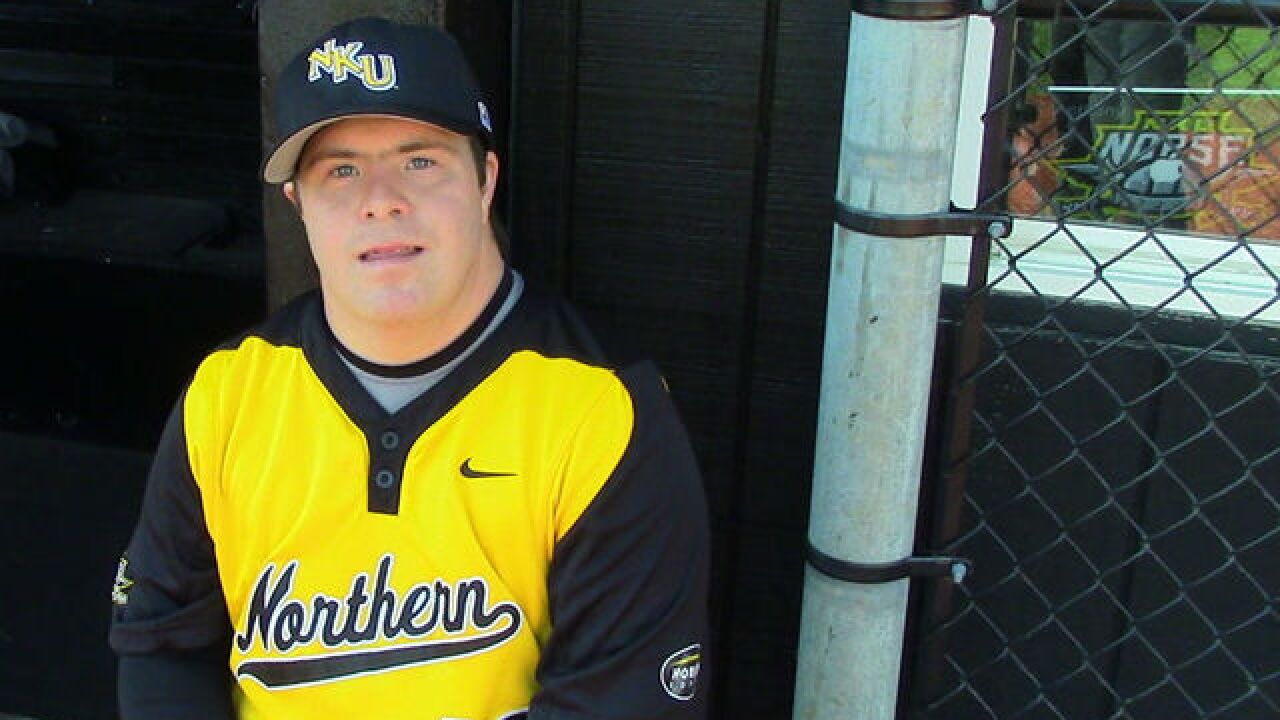 HIGHLAND HEIGHTS, Ky. — Ryan Mavriplis walks toward Bill Aker Baseball Complex on a cold sunny April day, glove in one hand, batting helmet in the other. On this day he is running behind, due to his schedule working at Kroger just down the road from the baseball stadium.

Normally he would be here around 1 p.m. for batting practice with the team, and around 1:30 he would get a chance to take some swings and run the bases before that day’s opponent takes the field.

As he reaches the top of the concrete stairs leading to Friendship Field, his pace quickens. As soon as his feet touch the artificial turf, his walk turns into a jog and he races in front of the backstop and toward the first base dugout to meet Head Coach Todd Asalon, who greets Mavriplis with a fist bump and a pat on the back.

Mavriplis, or the Mav as he likes to be called, is the team manager for the NKU baseball team. His duties range from being the bat boy and putting the bases on the field to being the emotional leader on days where the Norse come out flat.“The dugout just lights up when he shows up for a game,” Asalon said.

“It’s fun,” Mavriplis said. “I tell them all they have to do is compete and have fun.”

Mavriplis expects the Norse to win every game, and comes in to each game ready to push the guys toward that expectation.

“His intensity really can’t be matched by anyone,” junior second baseman Kyle Colletta said. “He just loves the game so much. Everyone sees how pumped up he gets when we are winning and how upset he is when we are losing. It’s really contagious.”

Many would say he’s got it made. Employed, happily married, team manager for an NCAA Division I baseball program, what could be better? Well, things aren’t exactly what they seem.

Mav has Down syndrome. His speech is impaired and his cognitive process is slower than normal people, affecting his ability to learn and understand.

Mav started his role about five years ago, after his now-wife, who also has Down syndrome, began working with the NKU women’s basketball team. Looking to find his own niche, Mav went to Asalon before the start of the season looking for a position.

“I didn’t really know if he would stick around or not,” Asalon said. “But since that day he had been loyal as can be.”

Mav has yet to miss a home game since, and tries his best to make it to every practice and every away game he can, while working his job and being a husband at the same time.

“We don’t treat him differently just because he has Down syndrome,” Asalon said. “He’s just one of the guys. On bus rides he’ll go back to the back of the bus with all the freshman and start singing and dancing with them.

"If you ask the rest of the team, they don’t see him as a guy with Down syndrome. They just see him as a teammate. A member of the family.

Mavriplis himself will tell you that he doesn’t let the condition bother him. It certainly doesn’t stop him from trying to be the best manager he can be.

“I like traveling with the team a lot,” Mavriplis said. “I get to know all of their names.”

He has become especially close to Assistant Coach Dizzy Peyton, who has welcomed Mavriplis into his world with open arms.

“He’s been team manager for about five years and he’s been my roommate on the road ever since,” Peyton said. “We’ve grown into best friends. He comes over to my house and hangs out and has a good time.”

When Mavriplis got married last year, Dizzy was there to support his friend.

“He was there getting down on the dance floor and busting some moves,” Mavriplis said.

“Every kid that comes back to a game to see me always asks how Mav is. He is their most memorable experience here because he is all their buddies,” Asalon said. “Visiting coaches and umpires always ask how he is doing. Coach (Gary) Henderson at (the University of Kentucky) went over and asked him how the wedding went.”

Not only did the UK coach talk to Mavriplis, the entire team and stadium cheered for him while he took batting practice and ran the bases.

“It was the best round I had ever seen him hit. He was sprinting around the bases smiling ear to ear and he slides into home,” Colletta said. “We rode that high into the game.”

There is not one person around Norse baseball who doesn’t smile when they think of Mavriplis. Every story about him is told with a big grin and a lot of laughter, no doubt inspired by the man himself. Despite having his disorder, Mavriplis is always there for his team no matter what.

“He’s more than a team manager to me,” Colletta said. “He’s a friend.”

Christopher Decker is a journalism student at Northern Kentucky University. This article was originally published in The Northerner, NKU’s student newspaper and website.