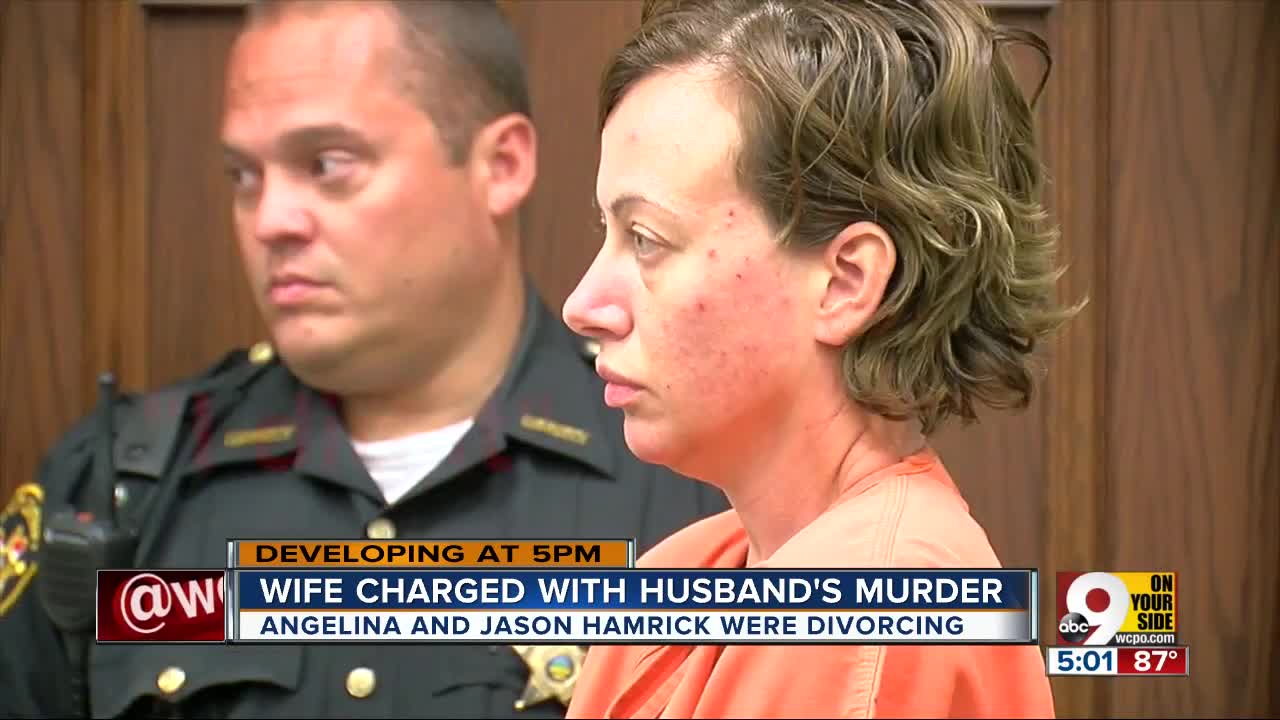 A Clermont County woman shot her estranged husband in the head and tossed his body in a ditch after a custody dispute over their three children, according to court documents. 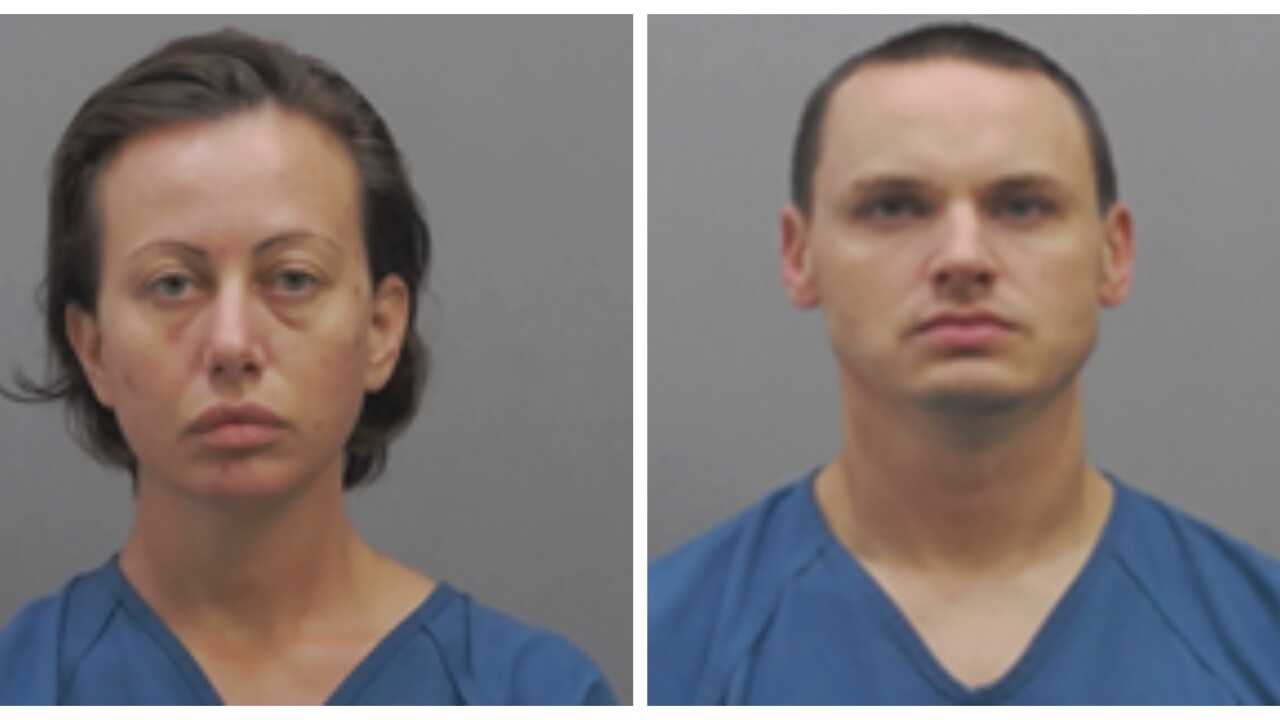 Two days before a scheduled custody hearing in what court documents indicate had become a bitter divorce, 31-year-old Jason Hamrick was discovered shot to death in a ditch. His estranged wife, 32-year-old Angelina Hamrick, appeared in court Monday morning to face a charge of aggravated murder.

As Magistrate Anita Bechmann asked if she understood the charge against her, Hamrick muttered: "Not guilty."

Prosecutors said Angelina planned the killing with her boyfriend, Michael Clark, while in the middle of a divorce. According to police, the pair killed Jason at his home June 28 and discarded his body, leaving it for others to find that weekend.

Jason Hamrick was an Air Force recruiter in Colerain Township. Clark is an Air Force technical sergeant stationed at Dyess Air Force Base outside Abilene, Texas.

Jason first filed for divorce and custody of his and Angelina's three children in January 2018. What followed were months of competing claims and even an attempt at reconciliation several months later — one Angelina would describe as having "failed completely" in a June 2018 court filing.

From that point forward, court documents show troubling claims. A judge twice found Angelina in contempt after she violated a restraining order by trying to force herself into Jason's house.

A guardian ad litem wrote to a judge that some of the couple's children had, in interviews, told her things like, "my mom is mean." Sharon Schnelle wrote one son told her Angelina stabbed his brother with a pencil when she got mad and would often leave the house for the night after putting the kids to bed.

Jason Hamrick's out-of-state family members reported him missing June 30. A Tate Township couple found his body several hours later in a ditch at the end of their driveway on Swings Corner Point Isabel Road — about a half-mile from Hamrick's home.

"She has no history of any type other than, I think, a seat-belt violation," the attorney said.

The judge gave both defendants a $1 million bond.

Clark faces one count of conspiracy to commit aggravated murder. A statement from the Air Force said, in part, "These are serious accusations, and not in the line with US Air Force or 7th Bomb Wing standards."