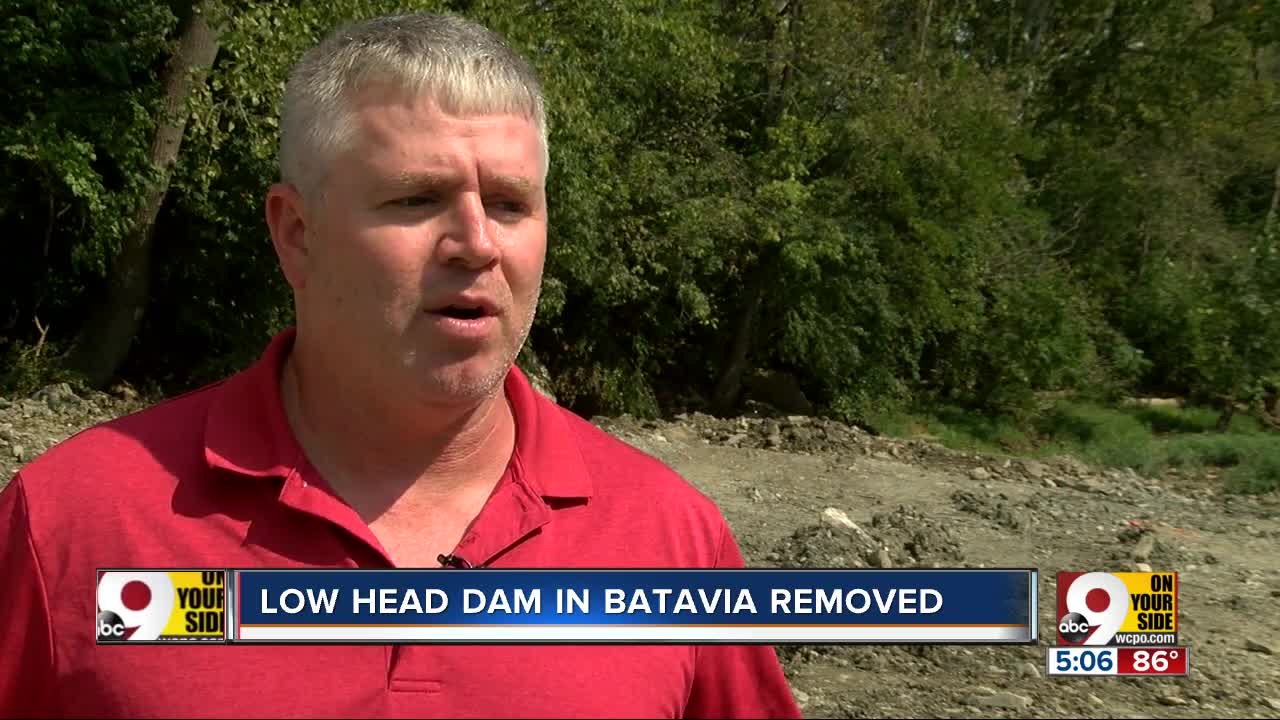 Low-head dams are sometimes called "drowning machines." This one was too dangerous for Batavia to keep around.

BATAVIA, Ohio — Officials say removing a drowning hazard on the Little Miami River has the extra benefit of improving the habitat and opening the river to more recreational opportunities.

Clermont County worked with the non-profit Valley View Foundation to remove a low head dam on the east fork in Batavia after years of safety concerns. The dam had blocked the river for 73 years.

It’s easy for people to get caught in the churning water and drown in low head dams, McManus said.

The Valley View Foundation said one of the priorities of the project is simply to return the waterway to its natural state.

In addition to addressing safety concerns, removing the dam opens 20 miles of unobstructed rivers and streams to fish and other wildlife.

When rivers run wild, it’s a good thing,” Dickerson said. “We need free flowing rivers without the fish impasses and the human hazards.

“Seeing this riffle right here where there used to be a dam is amazing to me. I think it’s fantastic,” Dickerson said.

Valley View helped secure money from the state for the project and is leading the effort. Dickerson says the project will also make it easier for people to canoe or kayak through Batavia.

That could be a windfall for the village, McManus said.

“It opens up the river to recreation, which could be really important for the village of Batavia,” said McManus.

Crews will continue work to make the river more stable for the next few weeks. They plan to plant grass and trees on the site later in the fall.