Under state of emergency, New Richmond prepares for flooding 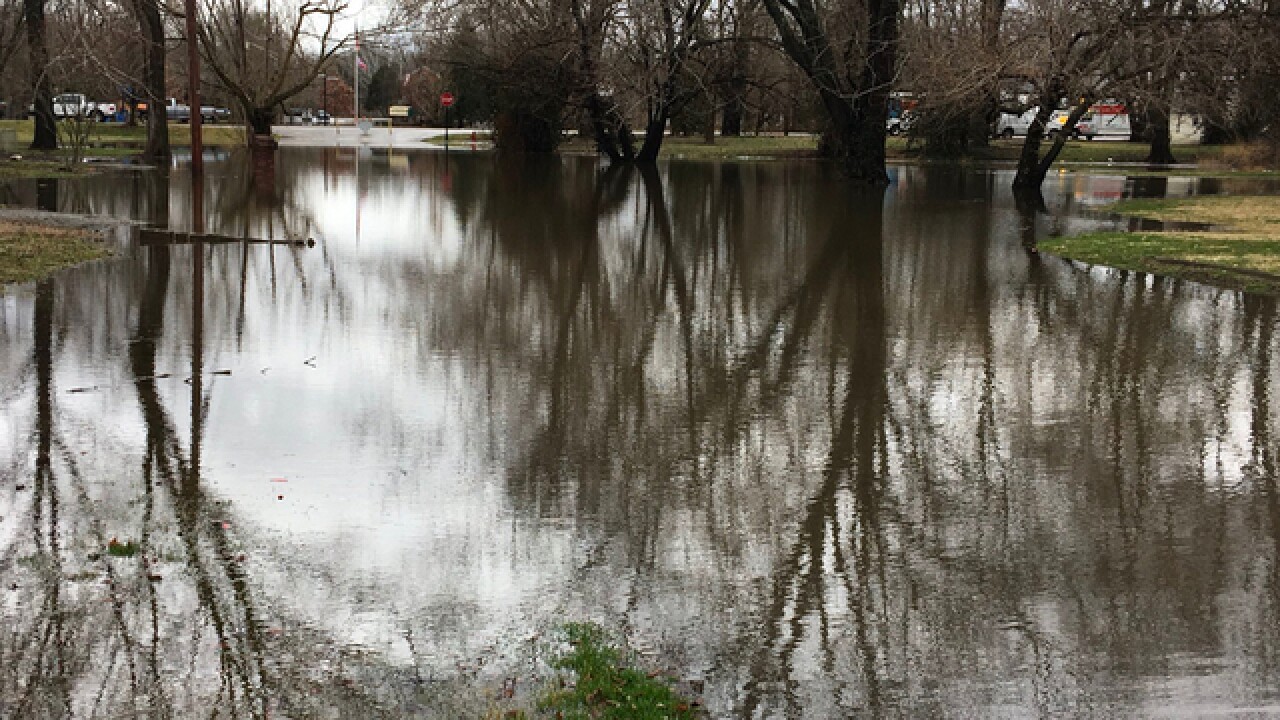 NEW RICHMOND, Ohio -- "The river made New Richmond, Ohio, and every once in a while it lets you know who's boss," Bobert Lees said Friday.

He and other residents of New Richmond spent the day preparing for a flood while roads disappeared under rising water. Some moved into emergency shelters; the owners of an auto dealership had 30 cars moved out of the water's reach.

Others broke out their kayaks.

"I think it's pretty crazy and kind of sad in the same thing," Brandon Dickerson, one of the kayakers, said. "A lot of people are leaving their homes and they don't have any money to do anything with."

Preston Dickerson -- not a relative of Brandon's -- was among those forced to evacuate after realizing the water would affect his home. He took clothes, his son's crib, and as many supplies as he could carry, and he said he wasn't pleased to see others sightseeing in flooded areas.

"It’s a crappy thing," he said. "I mean, a lot of people come down here and are like, 'Oh, look at this,' but they aren’t really worrying about the other people that is like us, that are like, 'We don’t know what we are going to do for the next week, two weeks, how we are going to bounce back and forth.'"

Thursday night, village officials declared a state of emergency, telling residents to make necessary arrangements and instructing them to comply with emergency officials.

"We strongly discourage people who are just coming to see the river," Village Administrator Greg Roberts said. "Please go to a less populated area. We have many residents who are working hard, who are going to be impacted by the flood and the water is coming in their house and they are removing items from businesses, churches and homes, and trying to get them to higher grounds and safety."

“Don’t go breaking my heart. River, stay away from my door.” 🎤🎼 Front Street Cafe in New Richmond is busy tonight, but they are also preparing for the flood @WCPO (you have to listen to this song) pic.twitter.com/Xnh8NwNT1w

Roberts said officials expect as many as 40-45 village households may be impacted. Officials are predicting the Ohio River will crest just short of 60 feet, less than the 64 feet the river saw in 1997.

During that flood, all of New Richmond between U.S. Route 52 and the river was flooded. First responders had to travel by boat.

The Red Cross is setting up a shelter for people who need to leave their homes. The shelter at New Richmond High School, 1131 Bethel-New Richmond Road, will open at 4 p.m. Saturday. For pets, the Tri-State County Animal Response Team was also preparing to open a shelter, according to Clermont County officials. Details about the animal shelter weren't immediately available.