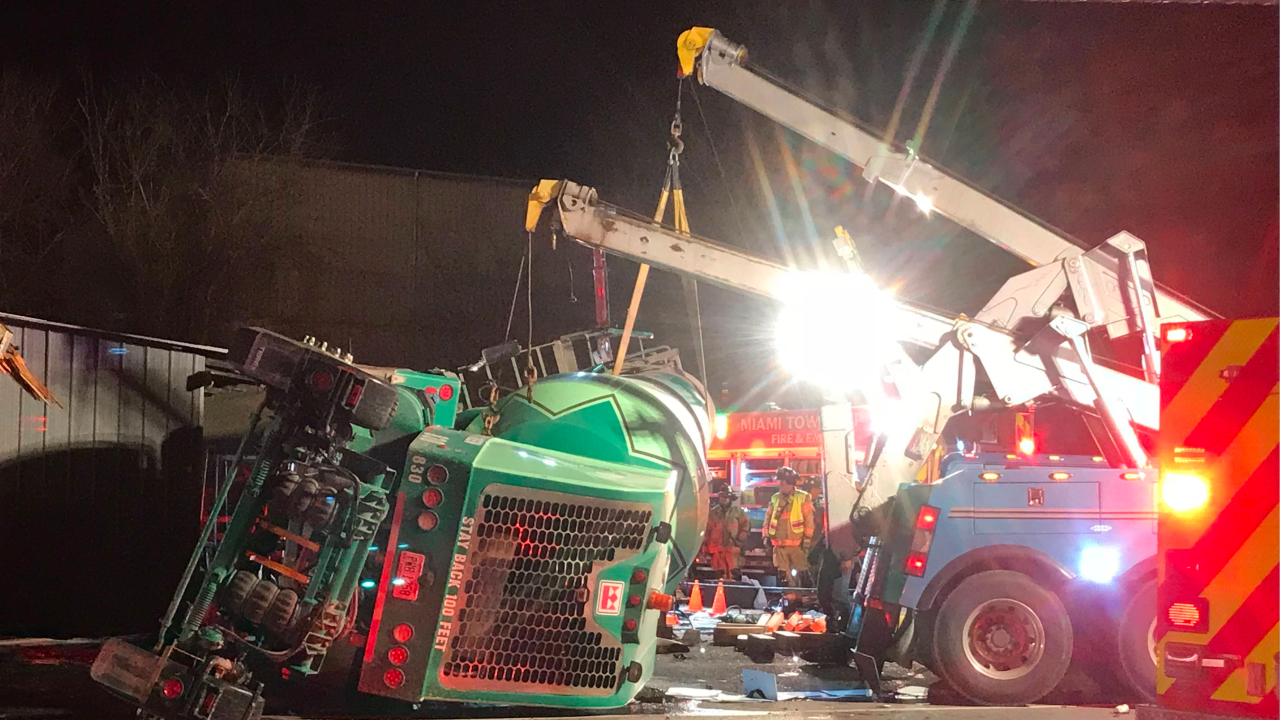 MILFORD, Ohio — A chaotic Tuesday night crash on Round Bottom Road overturned a cement truck, knocked three motorcycles on their sides, crumpled three cars and tore the white-paneled siding off a nearby building.

According to Miami Township Fire and Emergency Services, multiple people became trapped as a result of the wreck.

Seven were injured, although only one was hospitalized in what police considered serious condition.