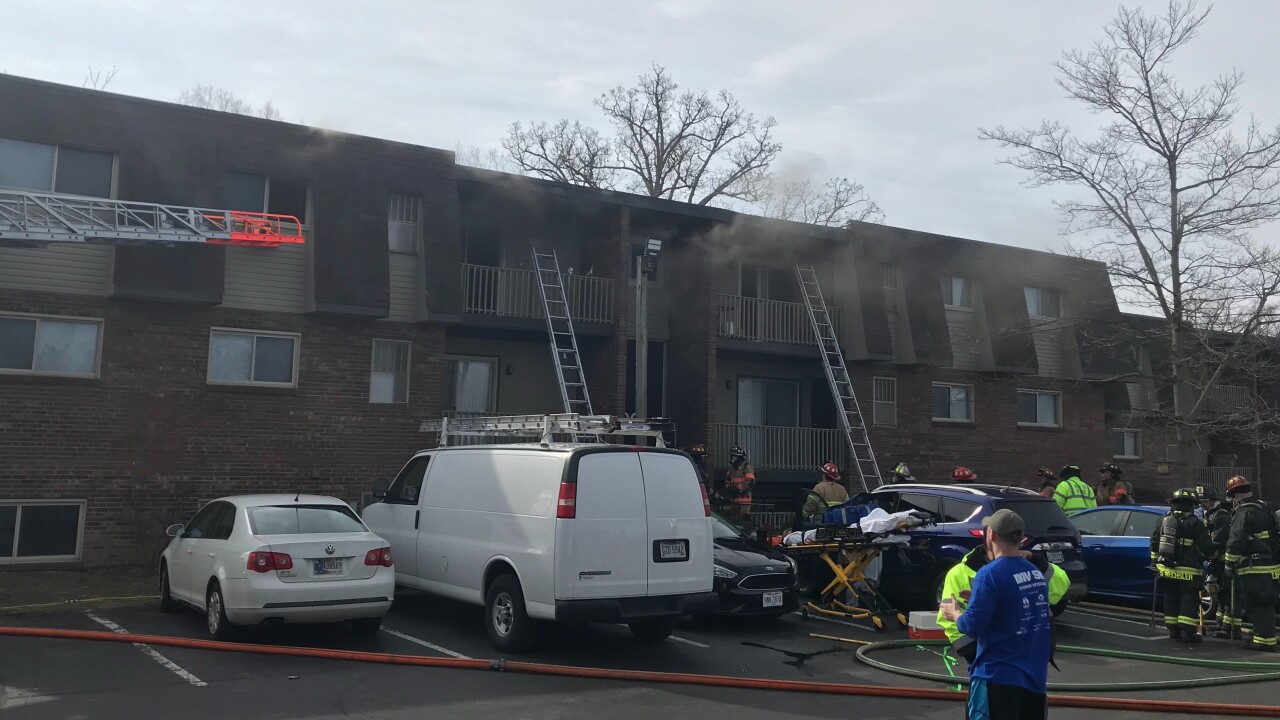 Andrew Overton
Fire at the apartment complex at 602 Commons Drive.

MILFORD, Ohio — Five residents were saved and two people were injured in a three-alarm apartment complex fire Thursday morning, according to officials.

Miami Township Fire Chief Steve Kelly said the fire started before 10:30 a.m. after some food was left on a stove in an apartment on the ground floor of the complex at 602 Commons Drive.

While firefighters were putting out the flames, five residents were trapped in the building, but all were rescued. One resident suffered from smoke inhalation and was taken to Bethesda North Hospital in serious condition, according to Kelly.

One firefighter also rolled an ankle while putting the fire out. They were taken to the hospital as well.

Eight crews in total were called to the scene.

There is no word on how many people were displaced or the amount of damage caused by this fire.

The fire was brought under control by the fire department around noon.