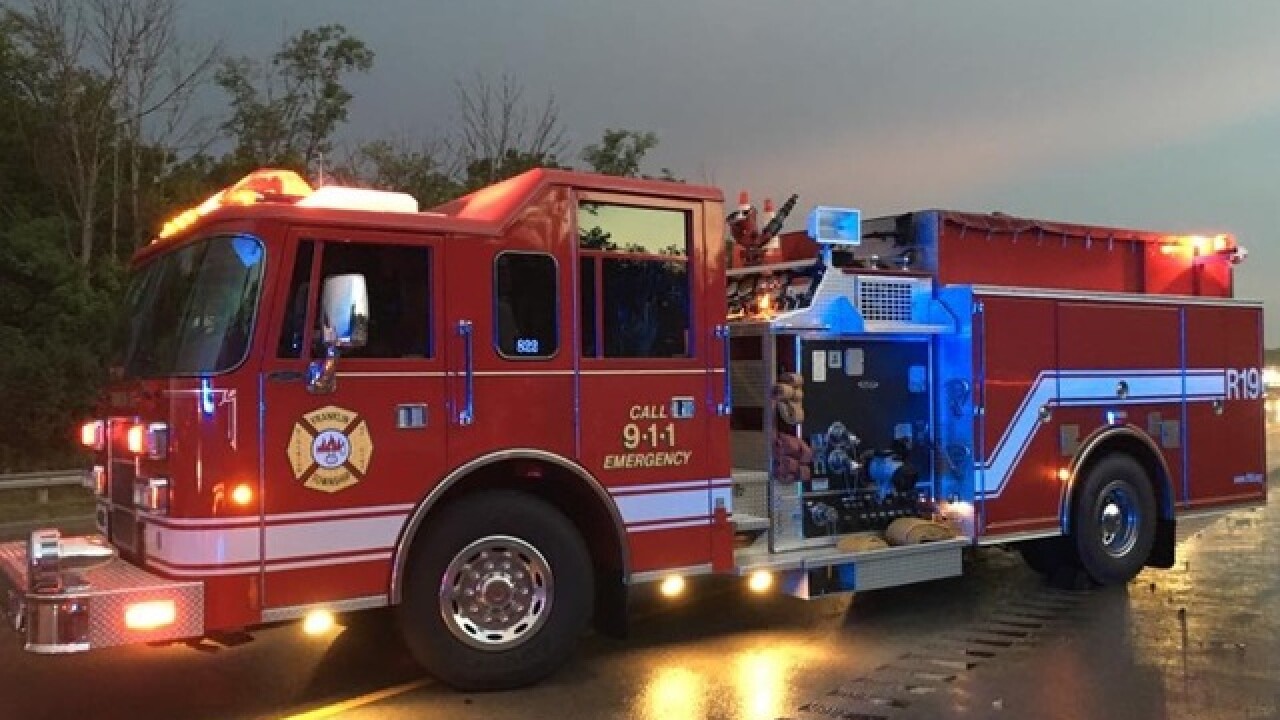 FRANKLIN TOWNSHIP (WARREN COUNTY), Ohio -- A volunteer Franklin Township firefighter has been indefinitely suspended after he was accused of posting a racially charged comment on Facebook.

Fire Chief Steve Bishop suspended Tyler Roysdon, 20, without pay Tuesday after he learned about the post. The suspension will remain pending a disciplinary hearing before the township's board of trustees, according to WCPO media partner the Journal-News.

According to a statement from Township Administrator Traci Stivers, “Fire Chief Steve Bishop immediately contacted the firefighter and directed the comments be removed.”

Stivers said in an email that she did not know how Bishop learned of the online comment on Tuesday or how long the post was online before he was informed of it.

On Roysdon's Facebook account, he indicated that if he had to choose between saving a dog or a black man from a burning building, he would save the dog first because “one dog is more important than a million” and then used a racial slur.

Stivers said that Bishop took the most aggressive step he was legally allowed to take, as he does not have the authority to terminate employees. She said any terminations require a vote by the trustees.

“This is not acceptable behavior for a township employee,” she said in the statement. “As a rule all employees are given a closed-door disciplinary hearing that gives them a chance to provide witnesses or evidence providing their innocence.”

On Wednesday, the trustees voted to set the disciplinary hearing for 7 p.m. on Sept. 27 at the Franklin Township Administration Building to address the allegation of conduct unbecoming a township employee. Roysdon was informed that the hearing will not be postponed or rescheduled for any reason other than a emergency, which requires an excuse from a doctor, hospital or funeral home.

He has the right to question any witnesses called on the township’s behalf. However, if he elects to attend the hearing, the trustees will ask him to respond to the allegations of misconduct. Failure to respond or not respond truthfully may result in further disciplinary action, including possible termination.

Bishop was on vacation and could not be reached for comment. A message seeking comment was left for Assistant Chief John Daly.

Trustees President Brian Morris said he was informed of the incident just before Wednesday’s meeting started.

“He blatantly said on social media that he wouldn’t do that,” Morris said. “Even if you take race out of it, it still would be wrong. I’m disgusted in what he said. There is no reason for him to say that anytime, anywhere … That should never be said.”

Morris said based on Roysdon’s comments, it’s questionable if Roysdon should be a Franklin Township firefighter.

“I want people to realize this is only one man’s comment,” Morris said. “We have a great group of men (firefighters) and disgusting comments from one individual does not represent the entire fire department.”

He noted one selfless firefighter who recently returned from helping with hurricane relief.

Most of the reaction by some residents to Roysdon’s post was surprise and dismay. Nearly all people who were shown the post said the suspension was warranted but stopped short of termination.

“I don’t think that’s right,” said Tyler Marinelli of Franklin. “I think honestly that people are more important than pets and it doesn’t matter if they’re black or white.”

Others said Roysdon’s online post was very disrespectful, heartbreaking, appalling and not representative of Franklin.

Franklin resident Teresa Lynch said in the Franklin community, “anybody would do anything for anybody.”