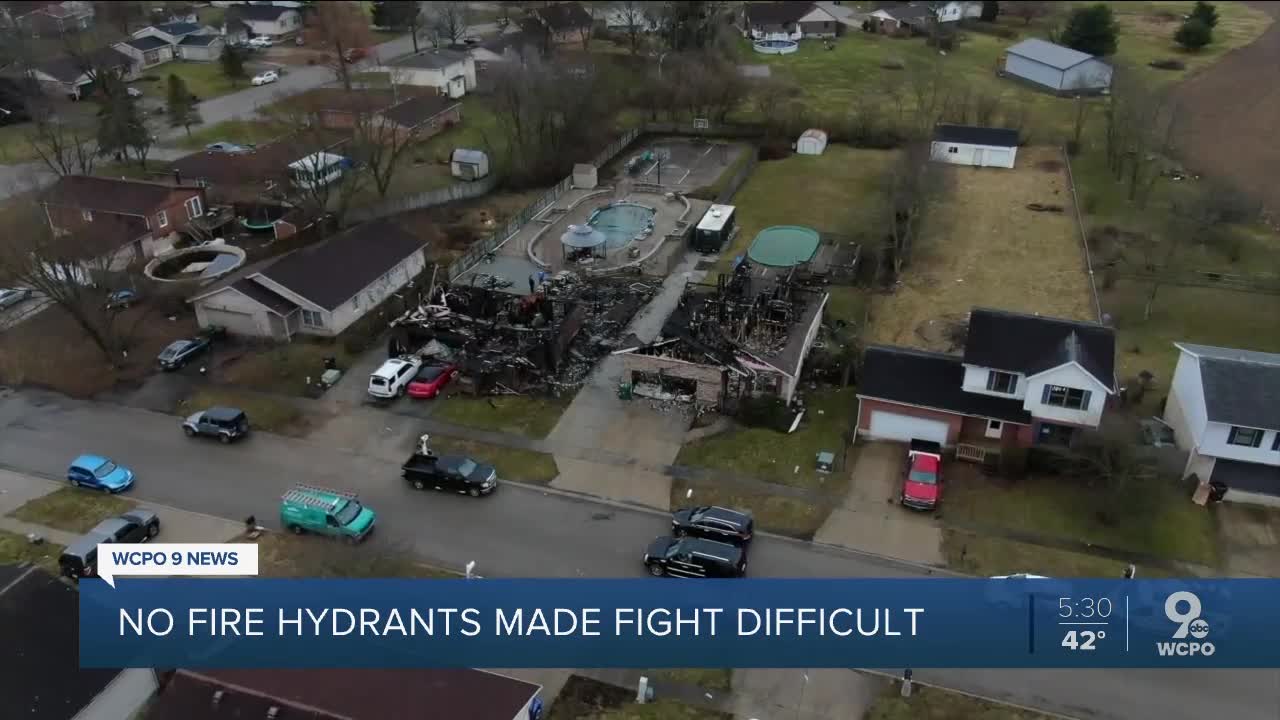 The fire chief said that this area of Franklin Township doesn’t have fire hydrants, so it can take some time to establish a significant supply. 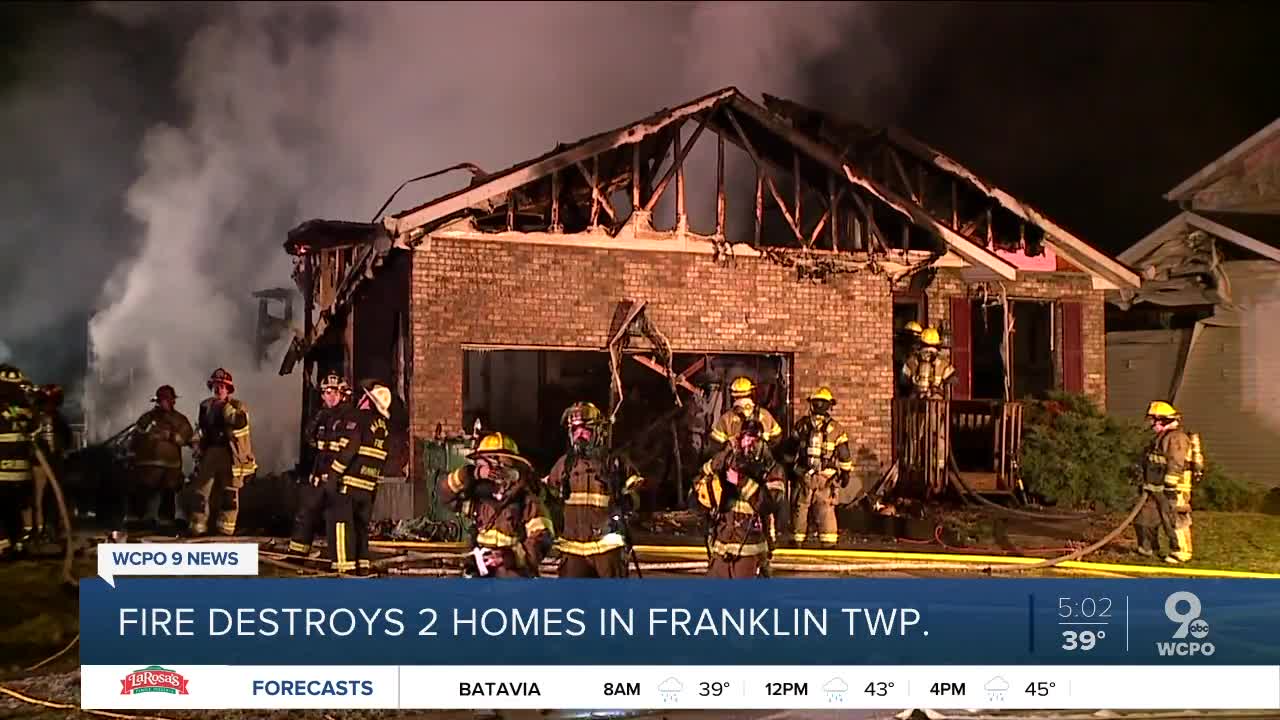 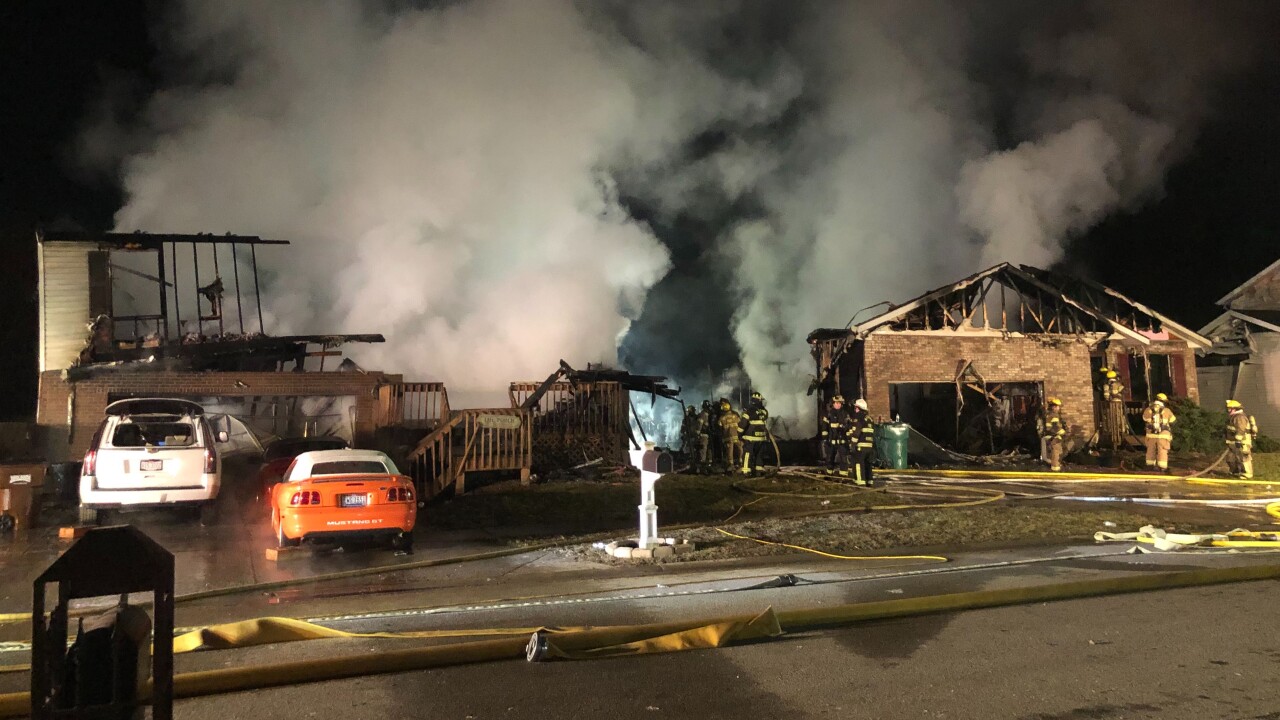 Hannigan said that they were first called to the scene at 11:07 p.m., and crews arrived to find heavy fire in the back of a house, which soon spread to the house next to it.

According to the Journal-News, fire crews called for aid from surrounding fire departments, but the main challenge was the water supply.

The fire chief said that this area doesn’t have fire hydrants, so it can take some time to establish a significant supply. Fire trucks first arrive with around 1,000 gallons of water, he said, but once that is expended you have to wait for more to arrive.

Hannigan said that by the end they had around 12-13 thousand gallons of water available in tankers from several fire departments, but this system takes about a half-hour to set up.

There were no injuries in the fire, which brought in fire crews from Warren, Butler and even Montgomery counties.

The state fire marshal and Warren County fire investigators have been requested to the scene. The cause of the fire is currently unknown.

Rechell Hisle said she was a resident of one of the burned houses.

From there, she said, there was nothing to do but wait and watch as the fire spread and burned the house.

Hisle said the fire department arrived 10-15 minutes after she called.

Our crew is on the scene of the house fire in the 6900 block of Torrington Drive in Franklin Twp.

Photos and video show heavy damage in what appears to be at least two houses.

No flames were visible, but there is still a column of smoke rising from the structures.

Fire crews are responding to a report of a house fire in the 6900 block of Torrington Drive in Franklin Twp.

Initial reports indicate flames are showing, and that the original fire may have spread to surrounding structures.

We are working to learn more about the fire, and will update this story with any new information.