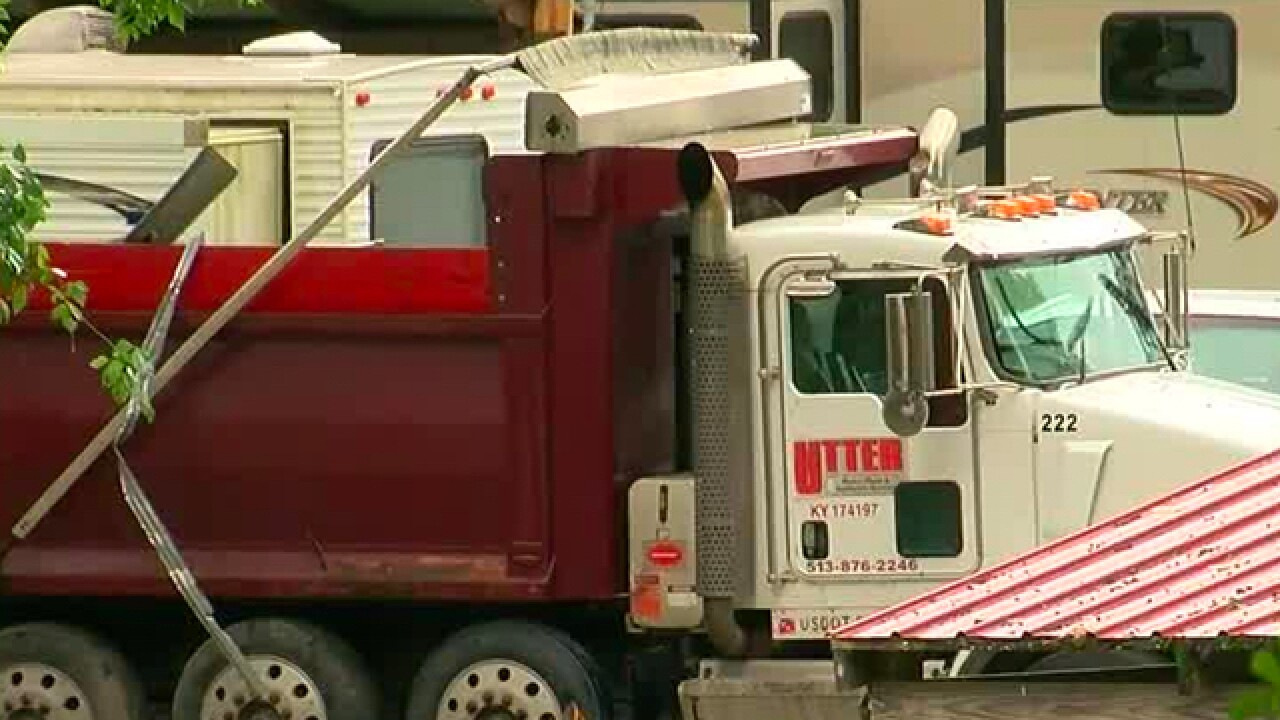 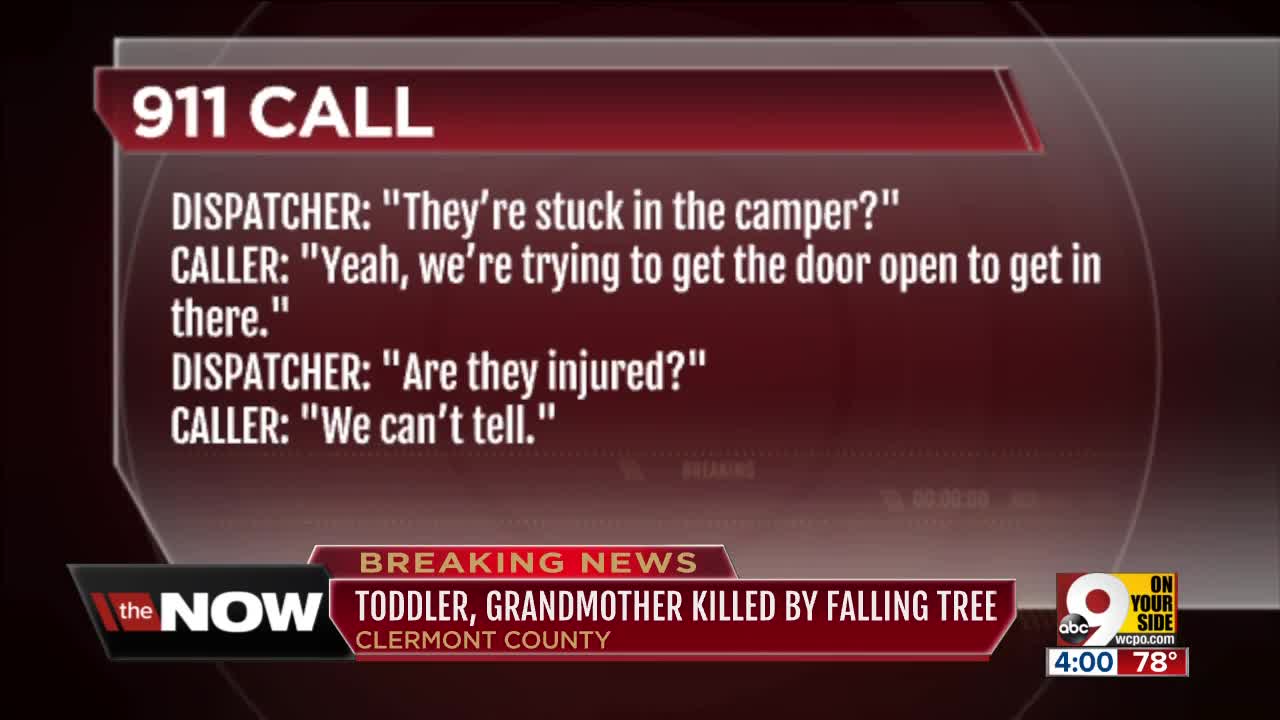 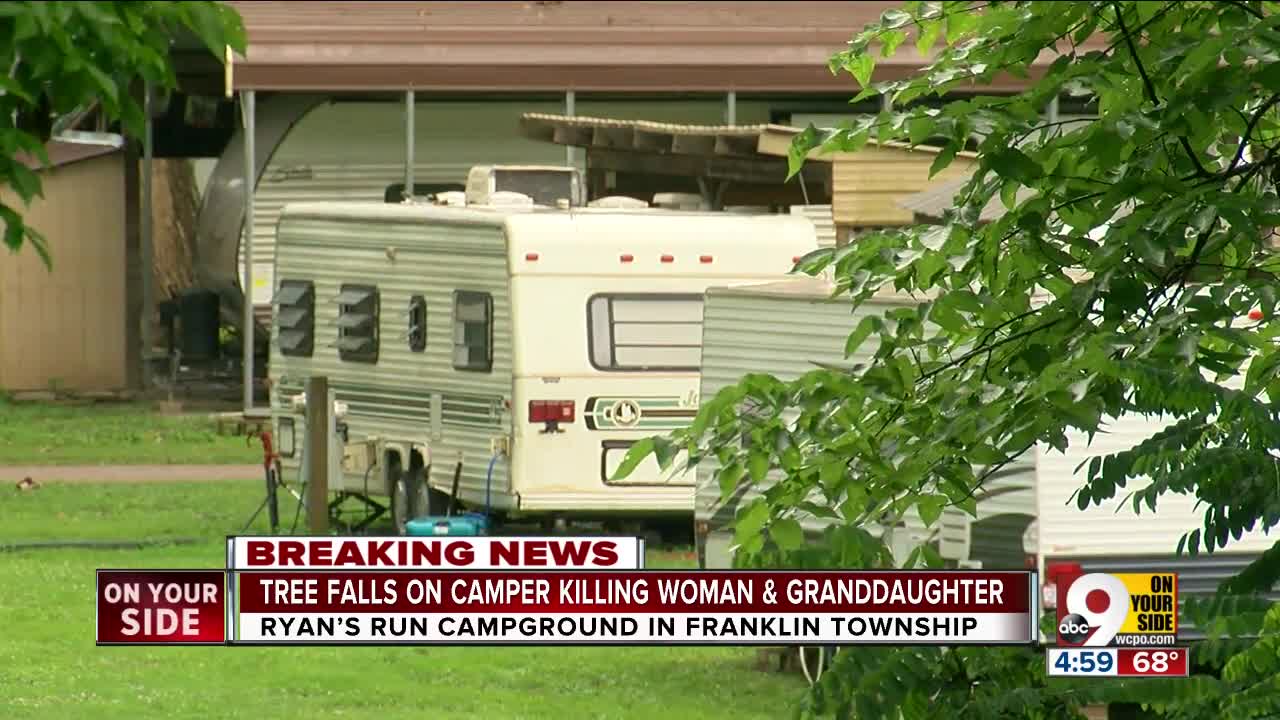 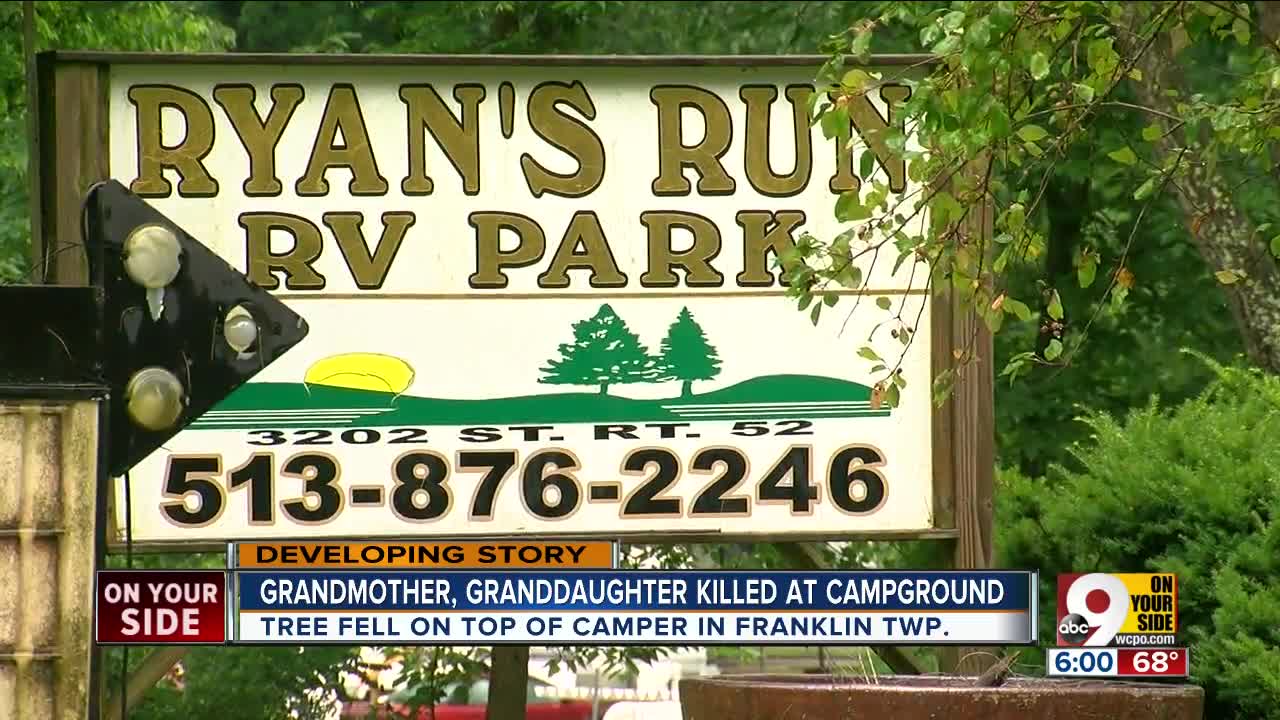 FRANKLIN TOWNSHIP (CLERMONT COUNTY), Ohio -- A woman and her 23-month-old granddaughter were killed when a tree fell on their camper early Friday morning.

The large tree fell on the camper at about 2:17 a.m. in Ryan's Run RV Park on US 52., according to the Clermont County Sheriff's Office. Four people had been asleep inside, including 46-year-old Patricia Brandenburg, David Brandenburg and their twin granddaughters.

Patricia Brandenburg and one of the twins were killed.

It took first responders three hours to reach them inside the smashed camper.

Felicity Fire Chief Brad Moore said the family visited the campground every year. They would set up several campers next to each other.

Deputies said there were no reports of severe weather in the area at the time, just light rain. Moore said it appeared to be an accident. The tree's roots had likely been loosened because of recent downpours.