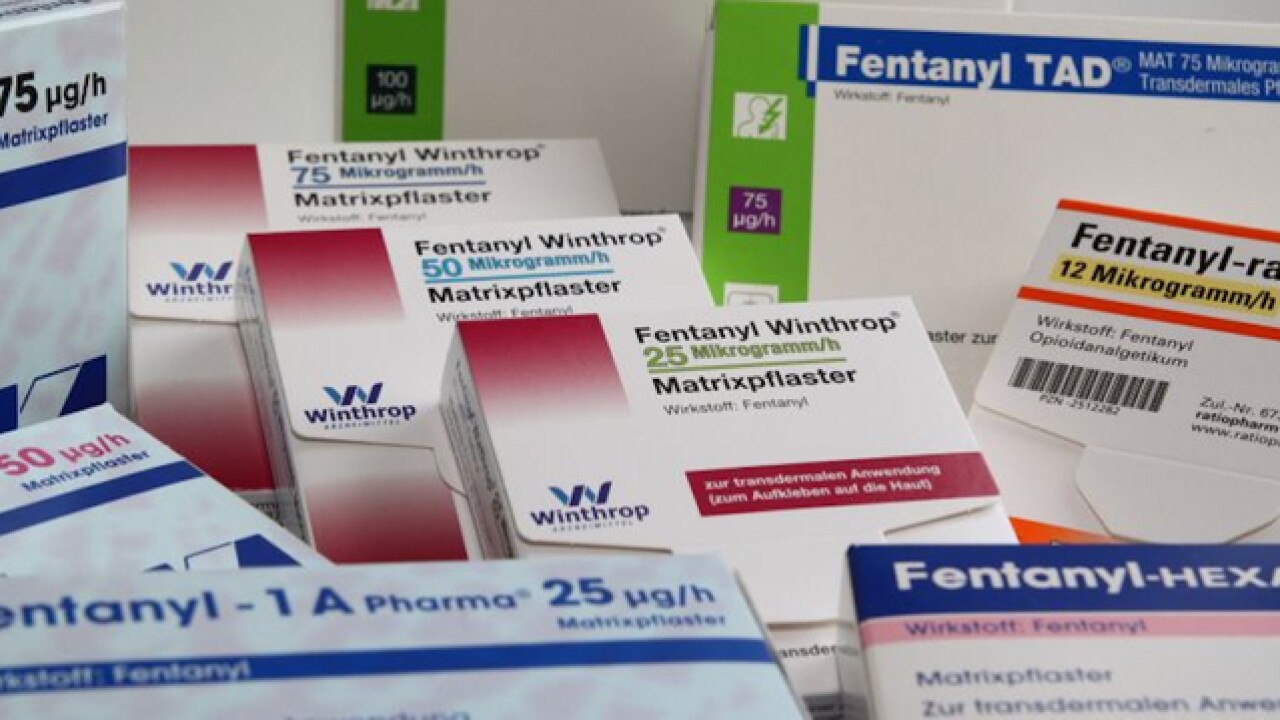 CLERMONT COUNTY, Ohio — The United States' opiate epidemic continues to push the number of drug overdose deaths steadily upward in the Tri-State area, according to a news release from Clermont County Public Health. Clermont County authorities recorded 94 such deaths in 2015  (compared to 68 in 2014) and found the drug fentanyl present in 51 victims.

Fentanyl is an opioid drug meant to be used as a surgical anesthetic or post-surgical analgesic, but its powerful effect and comparatively low cost make it an attractive alternative to heroin among recreational users. However, many of these users are in for a deadly shock.

“Fentanyl is 25 to 50 times stronger than heroin, so even a small amount can cause an overdose,” said Michelle Lyndenberg, injury prevention coordinator for Clermont County Public Health.

Lyndenberg said in a news release that illegal fentanyl primarily comes into the United States from labs in Mexico and China.

The county’s news release also noted that the profile of a fentanyl overdose victim is shifting: more women were victims of overdoses in 2015 than the preceding year, and victims were more likely to have ingested multiple drugs, including heroin, Xanax and Valium.

The number of overdose deaths would likely have been even higher, Lyndenberg said, if not for the Clermont County Sheriff’s Office’s use of naloxone, a drug that reverses many of the the effects of opioid use.

The sheriff’s department will have access to greater quantities of naloxone in 2016, which might allow staffers to prevent more deaths.

“National statistics indicate that the opiate epidemic shows no signs of diminishing, but here in Clermont, we are working collaboratively across all sectors to reduce deaths, prevent young people from using and provide access to treatment to deal with the addiction,” said Karen Schema, executive director of the Clermont County Mental Health and Recovery Board.