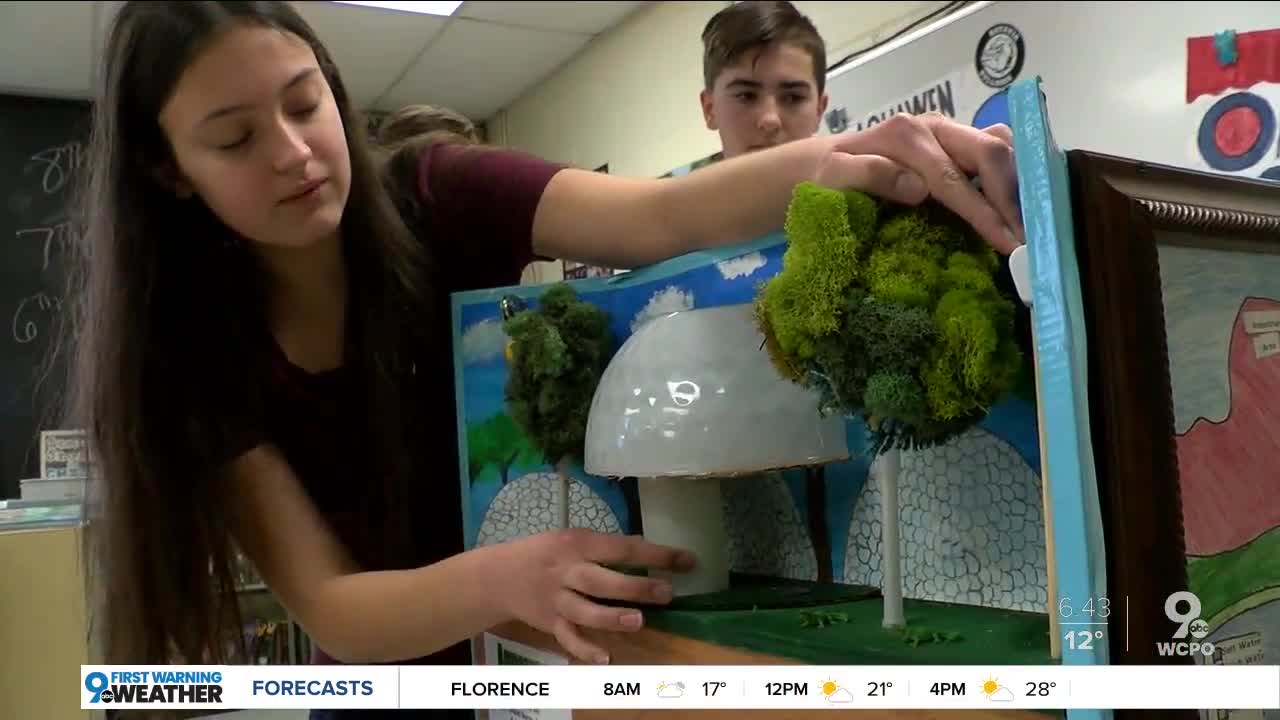 These eighth-grade students are going to Washington D.C. to compete against 41 states and 4 international teams to try to become national champion engineers. 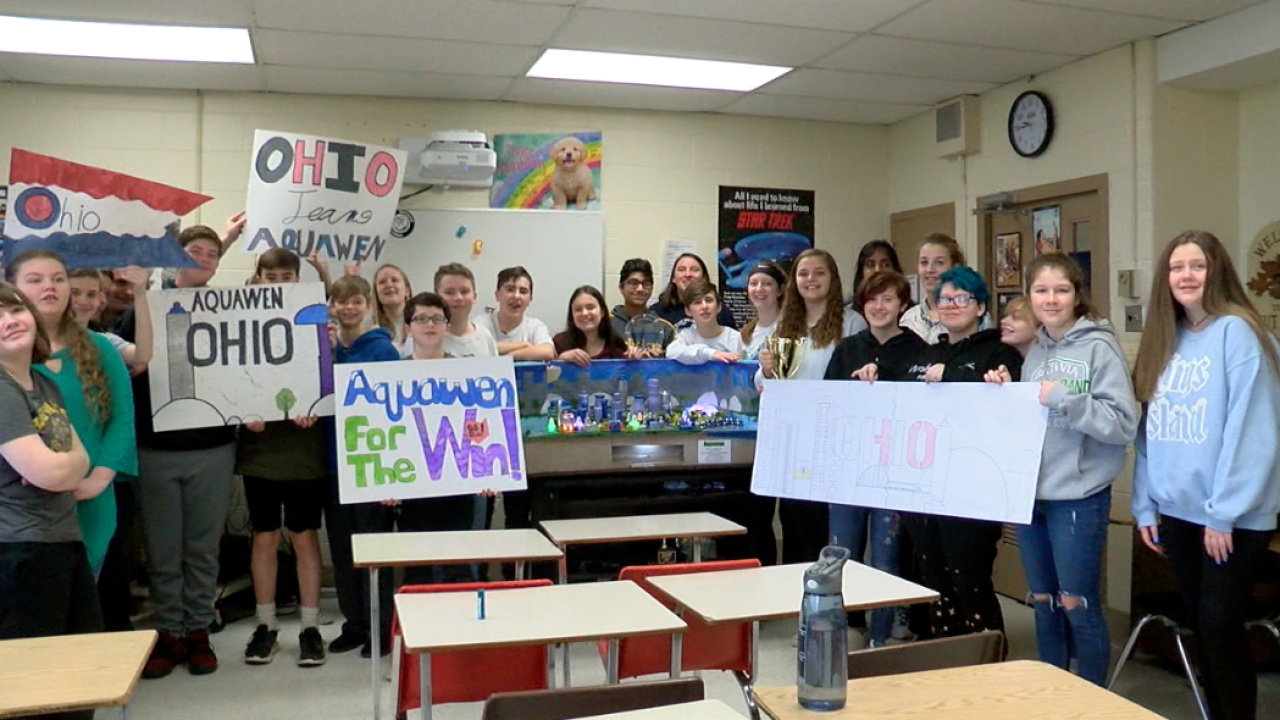 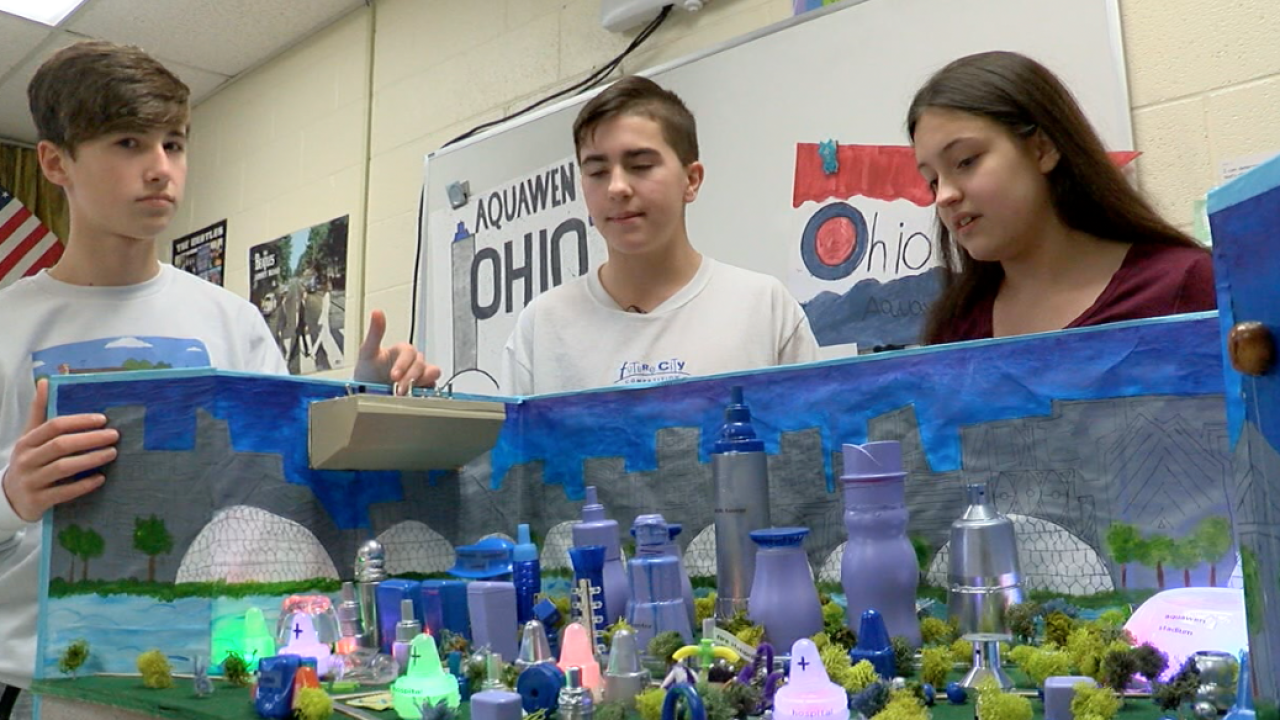 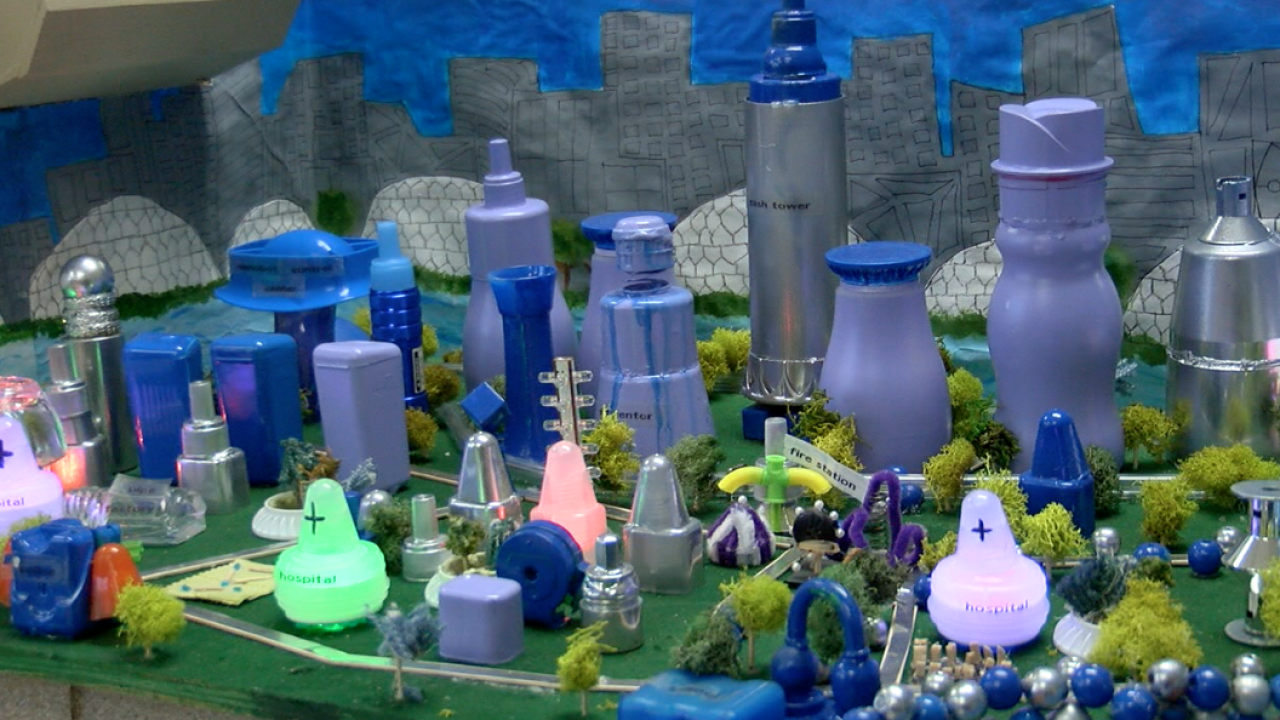 The students chose to build a city in Louisiana 150 years into the future, focusing on maintaining a reliable supply of drinking water and overcoming challenges created by hurricanes in the region.

"In Southern Louisiana, a lot of our problems were dealing with an overabundance of water like flooding, hurricanes," Sydnee Kidwell said.

The result? The city of Aquawen, where they found sustainable solutions to existing problems.

"Our first one (problem) was hurricanes, so we have dome houses to protect — and cyberattacks, so we have a system of nanobots to pick up on any foreign substances in the water as well," Jack Garrison said.

The class was responsible for designing the city, a 1500-word essay that explained its planned layout and special features, and a scale model built from recycled materials that was presented in a 7-minute demonstration. They beat 15 other teams from across Ohio.

"When they called us, I'm hugging, they're crying — everyone is jumping up and down ... ," gifted language arts teacher Mary Bradburn said. "It was amazing."

Next up, the students will face stiff competition in Washington D.C.

"It's definitely overwhelming," Daniel Dacey said. "You've got the entire state basically on the palm of our hand."

2020 marks the third time in 15 years students from the middle school have gotten to this point, but Bradburn said her class is determined to make it even farther.

"Batavia is 50% free and reduced, and I have some kids that could not do it," Bradburn said. "It is a class project, so they all needed an opportunity to go."

Thanks to fundraising efforts, 35 students are making the trip, and optimism abounds.

"Batavia is a force to be reckoned with," Bradburn said.

The grand prize for the national championship is $7,000 and a trip to U.S. Space Camp.