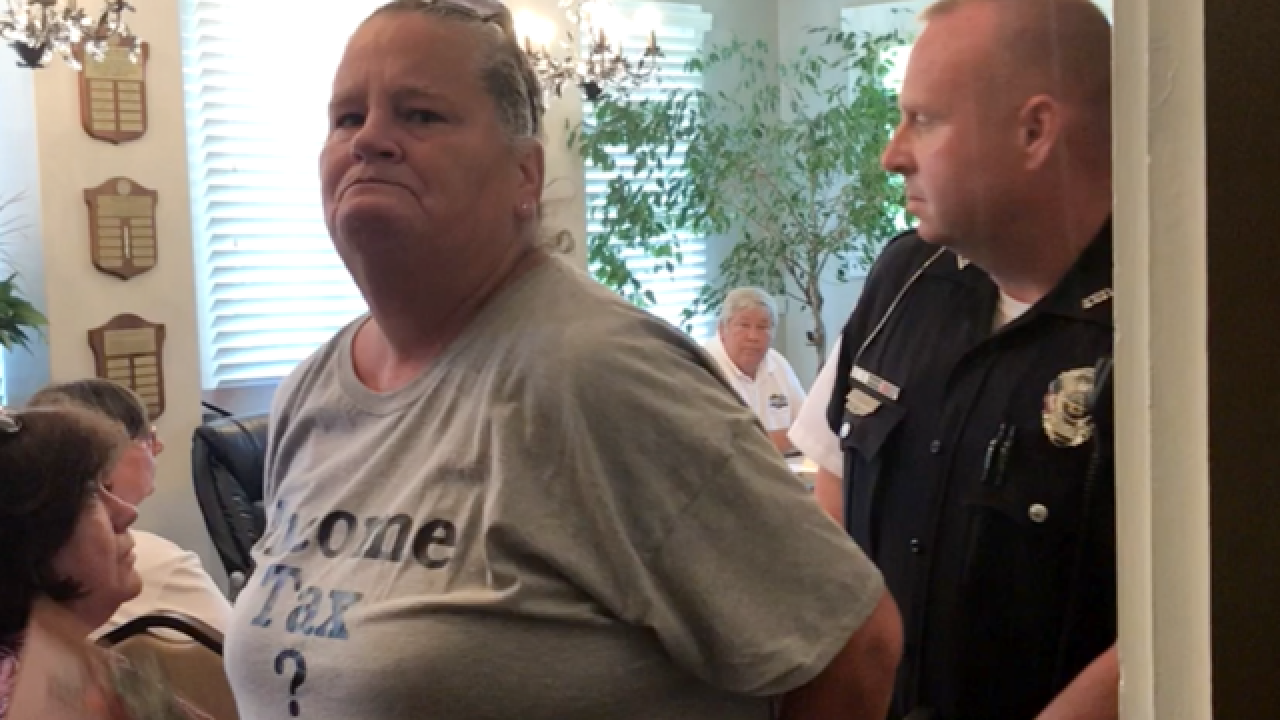 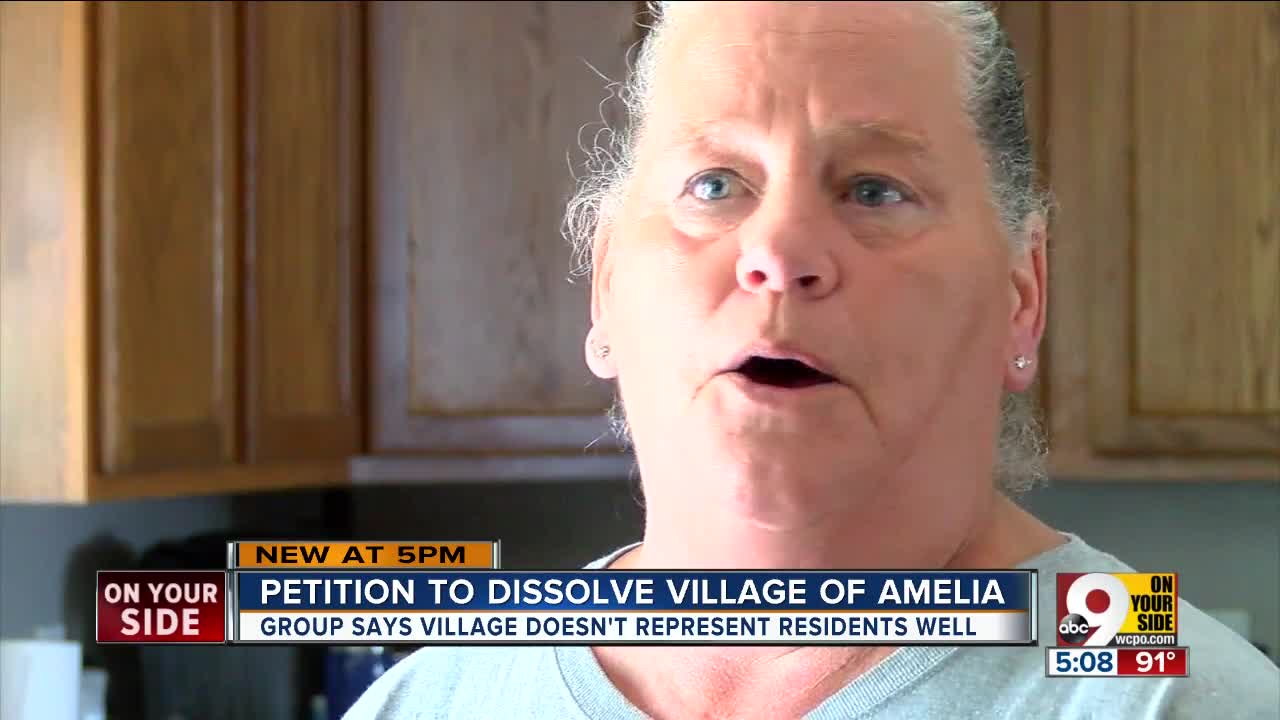 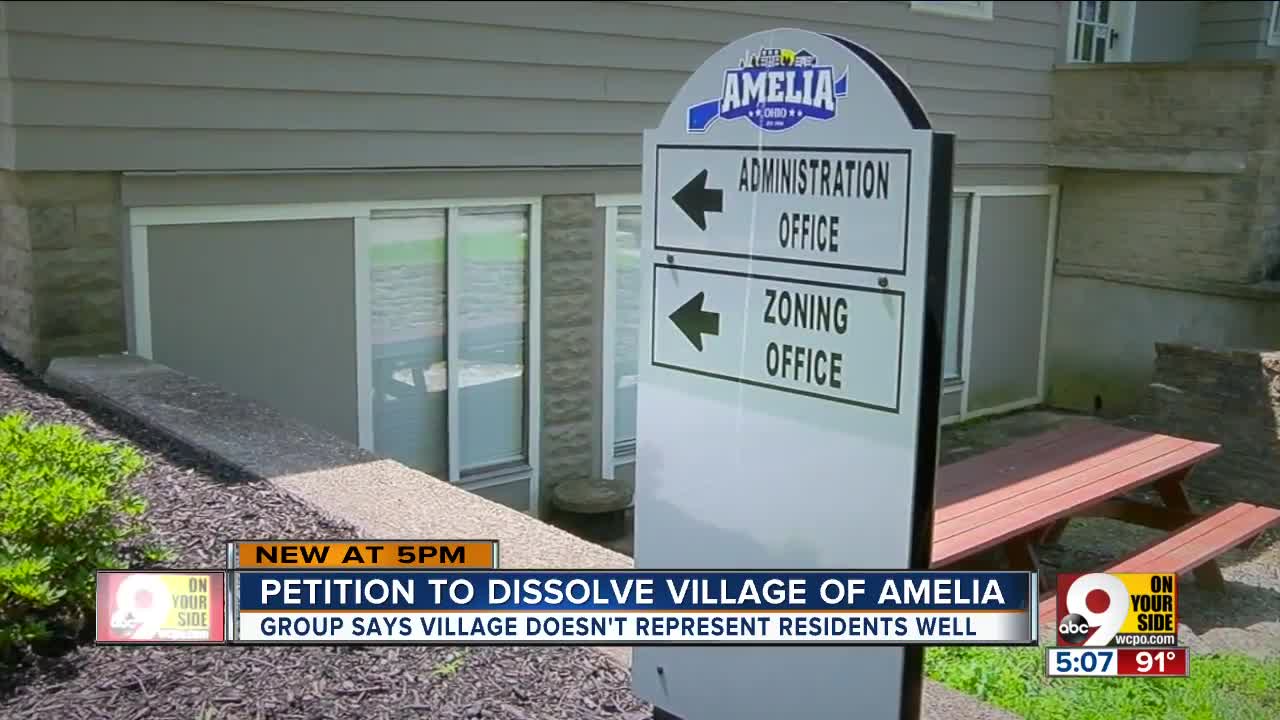 AMELIA, Ohio -- Before she was led out of a special Village Council meeting in handcuffs Friday night, former councilwoman Renee Gerber said she saw only one solution to what she described as increasing government negligence in her small community: Dissolve the village entirely. Let Batavia and Pierce townships soak up its 4,000-odd residents.

"I don't want to dissolve," she said earlier in the evening. "We all love this place, but council and the mayor have tied our hands by not representing us."

Gerber, who resigned from her council post in 2016 due to conflict with Mayor Todd Hart, said her effort to dissolve the village began in February, when the council passed an emergency ordinance to implement a 1 percent earnings tax.

She asserted tax money was already being spent frivolously, and proceeds from the earnings tax would go toward purchases such as multi-thousand-dollar furnishings in Village Hall rather than community services.

Gerber shared receipts she said she had obtained through record requests showing Hart had purchased a $2,450 Victorian carved bookcase, a $2,700 dining table and chair set, and a $1,740 chandelier.

Hart did not address the specific purchases but flatly denied the assertion the income tax was being misused.

"This income tax has been talked about for three years," he said, adding the tax would finance road work and other community projects. "All our meetings are open to the public. All our meetings are posted. I can't force you to come. … I am not sure why anybody would not want to give back to their community they live in."

Nevertheless, Gerber resolved to put the issue on November's  ballot and began collecting signatures with a group of like-minded residents called Wake Up Amelia. When she turned the petitions in to village officials Friday, she hoped she would get a response.

She did. In the special meeting, Village Council voted unanimously to change the ordinance for dissolving a village so signatures alone couldn't close the deal. Instead, anyone who seeks to dissolve Amelia in the future will need 30 percent of the previous elections' voters to sign a petition and two-thirds of the Village Council to approve.

Reactions from Gerber's group were immediate and intense.

"If there is one more outburst or comment made here in this meeting," Hart said over their protests, "I will ask the chief of police, since you are disrupting this active meeting, to escort you out."

There was one more outburst or comment. There were, in fact, a few. True to his word, Hart had Gerber thrown out.

After the meeting, he defended the ordinance change as a matter of protecting Amelia from overzealous, agenda-driven groups.

"We just made our laws a little tougher to protect the citizens instead of them being able to roll over," he said. "You can get a small group of people that can do this, they can devastate a village."

Or dissolve it. Hart said rumors of dissolution had already damaged the village's reputation and developers' interest in investing, compromising his goal of helping it continue to grow.

To those who, like Gerber, might still be pulling for the breakup, he said: "That's the great thing about government. Just vote us out of office."