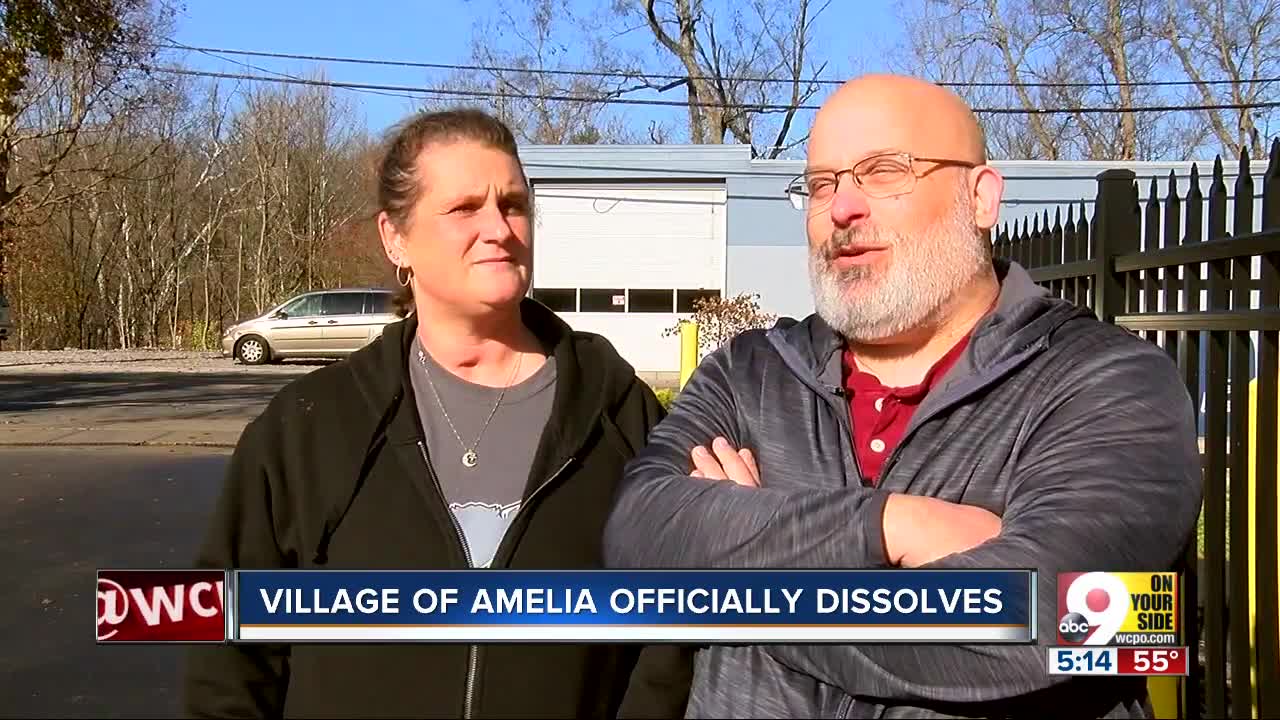 No one lives in Amelia anymore. The 119-year-old village dissolved Monday, its streets and citizens absorbed back into nearby communities. About 1,500 former Amelians became Batavians; about 3,000 now live in Pierce Township.

AMELIA, Ohio — No one lives in Amelia anymore. The 119-year-old village dissolved Monday, its streets and citizens absorbed back into nearby communities. About 1,500 former Amelians became Batavians; about 3,000 now live in Pierce Township.

They voted to erase the village themselves.

“We are not a community anymore on paper,” said Ed McCoy, who had been part of the “Free Amelia” movement that pushed for the dissolution to appear on 2019 ballots. “But we are more of a community for having done this.”

The strongest advocates for Amelia’s dissolution were people like Renee Gerber, a former council member who alleged then-Mayor Todd Hart had acted against the village’s interests by raising its income tax without cause and concealing inappropriate spending.

Gerber beat Hart in a symbolic race for the mayor’s seat the same day the village voted 843-479 to dissolve.

“When 68% of your people decide that we don’t need this government, that’s mind-boggling,” McCoy said. “I would’ve never thought it would’ve been that much.”

Amelia’s police department and emergency services have likewise disbanded. Some officers now work at the Pierce Township Police Department; others will have to find new jobs elsewhere.

And welcoming 3,000 new official residents to Pierce Township won’t be too much of an adjustment.

“All of the voters in Pierce Township side of Amelia were also voters for our trustees, so we have always considered them part of our township,” she said.

Gary Kelley, who lived in Amelia for 15 years, echoed McCoy’s declaration that his neighbors were still his neighbors even if they no longer live in the same town.

“Just because we got rid of the government doesn’t mean we don’t feel like a community still,” he said. “We just got rid of what we felt was holding us down.”